Ellen Rucker is the co-founder of the well-renowned hair treatment product called Rucker Roots. She is also recognized as a Doctor of Chiropractic medicine. Rucker is married to her second husband, Bakari Sellers a politician and attorney. Before she was married to Vince Carter with whom she has a daughter named Kai Michelle. Her ex-hubby is currently married to Sondi Carter and is a father of two kids.

Ellen Rucker was born in the U.S.A to Dr. Douglas, a dentist, and Ruby Rucker, a school teacher. She has two sisters Ruby Rucker, and Lone Margaret.

She is of African-American ethnicity and holds American nationality. Rucker attended the University of North Carolina. She then attended Life University in Atlanta, GA studying Chiropractic medicine.

Ellen Rucker was a cheerleader during her days at the University of North Carolina. After that, she studied Chiropractic medicine and practiced it for eleven years at Rucker Chiropractic in Lancaster, South Carolina.

Rucker left her chiropractic practice to help her sister out with her hair care product named Rucker Roots. 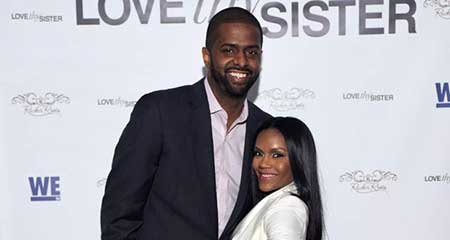 Their product is made of extracts from organic source vegetables like ginger, carrot, and turnip, with supplementing other luxury products like Olive oil, Shea butter, Coconut oil, etc.

She came up with many DIY hair treatments for her friends and family members. Her primary motive is to launch products made straight out of her father's garden and become a hair care market innovator.

During an interview, she stated her view on her business venture,

“My role in business is everything. I facilitate the shipments going out and I’m the one who really likes to do the business part of it. I talk to the chemists and the lawyers and I really enjoy that part. My sisters are a little more social and I like to be in control of the business part because I know it’s done right.”

She also featured on a television show with her sisters Lone Rucker and Ruby Rucker, on the show called Love Thy Sister.

Ellen Rucker is married to American attorney and politician, Bakari Sellers, who currently serves as a member of the Democratic Party. The couple married in 2015. At present, she lives in Carolina with her husband Sellers.

She is pregnant with her twins through IVF. Soon to be mother Rucker has already thought about the name of babies; Sadie Ellen and Stokely Taggart.

As my family buckles down for Hurricane Florence, we pray for our coastlines. We pray for the safe keeping of families in our native state of SC and also NC. We pay for Mother Nature to have mercy on lives and homes. We pray for our leaders to make sound decisions. pic.twitter.com/KGJ2hM4EjM

The lovely pair seems so excited to welcome their twins.

The pair welcomed their twin kids Stokely and Sadie earlier on 7th January 2019. She shared the very first image of her kids via Instagram on 14th January 2019.

The blessed mother shared shots of her lovely kids every month since their birth. She celebrated her children being 4-months old and uploaded the blessed moment via social media in May 2019.

News Alert...Stokely & Sadie are 4 months old! Twin Life is getting easier or maybe my body is just adjusting to getting no sleep and never leaving the house... lol. Yes, I am a day late with the post! We are so grateful for these little people! #FraternalTwins #MiracleBabies #momof3 #ivfsuccess

Ellen Rucker Previously In a Holy Matrimony with Vince Carter

She was previously married to Vince Carter, an American professional basketball player whom she met at the University of North Carolina. Rucker and Carter married on 1st June 2004, after their graduation. However, they separated in 2006 and had an amicable divorce in 2007.

Rucker also shares a daughter, Kai Michelle, born on 1st June 2005 with her ex-husband Carter. Michelle is currently pursuing her career in tennis. The former couple is in good terms for the sake of their daughter.

Vince, on the other hand, is married to Sondi Carter. Furthermore, he also shares two kids with her, a boy named Vince Lamar Carter Jr. and a girl.

Ellen Rucker practiced chiropractic medicine for eleven years earning $300,000 annually. Rucker's estimated net worth is in millions. She also makes a good amount of the haircare products distributed under the name Rucker Roots. Their product includes conditioner, shampoo, and oil among others; the price ranged from $15-$64.

Her husband Bakari Sellers also makes a good amount of money as an American politician and attorney. An attorney in the US can make from $130,500 to $205,000 annually. As of 2017, Sellers' total net worth is estimated to be $5 million.

For all the latest biography on your favorite celeb, make sure to follow MarriedWiki!!!

The couple got married after their graduation. They also share a daughter together. Unfortunately, they could not last longer than three years.

Rucker married her second husband Sellers after few years of her divorce. Currently, the couple is happy living together.

Stokely Sellers is one of the twin children of Ellen Rucker and Bakari Sellers.

Stokely Sellers is the second child of Bakari Sellers and Ellen Rucker.

Kai Michelle Carter is the eldest daughter of Vince Carter and Ellen. Bakari Seller is the step-father of the child.