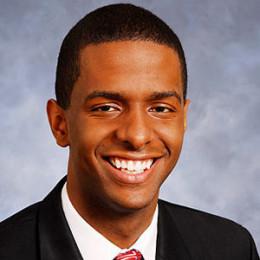 Bakari T. Sellers is an American politician and attorney. He is the son of Gwendolyn Sellers and civil rights activist Cleveland Sellers. He earned a bachelor's degree in African-American Studies from Morehouse College. Sellers has been an attorney with the Strom Law Firm, L.L.C. in Columbia, South Carolina since 2007, and he is an analyst on CNN. In 2010, Time magazine featured Sellers on its 40 Under 40 list.

Bakari, since 2015, is in a marital relationship with Ellen Rucker Carter, the ex-wife of professional basketball player Vince Carter. The duo tied the knot in a beautiful ceremony in the summer of 2015.

The love birds share two kids with each other, twins a girl and a boy. Sadly, their kids were diagnosed with a liver problem because of which they had to undergo liver transplantation surgery. Fortunately, after months of waiting, his kids found the rightful donor.

In addition to the twin, Bakari is also the step-father to Kai Michelle Carter, daughter of Ellen Rucker and Vince. It is wonderful to hear that Kai feels quite good with her step-father.

We can hope that the couple will tie the knot in the near future. To get in touch with his personal and professional life we can follow him on Twitter @Bakari_Sellers.

Bakari Sellers was born on 18 September 1984. He is the son of Gwendolyn Sellers and Cleveland Sellers. His father is a civil rights activist and professor.

He studied at the Orangeburg-Wilkinson High School and earned himself a bachelor's degree in African-American Studies from Morehouse College.

Bakari Sellers has an estimated net worth of $1 million. He is one of the prolific attorney, political commentator and is regarded as the youngest African-American politician in the country at the age of 22.

He was also a member of the South Carolina House of Representatives from the 90th District.

Furthermore, Sellers is the attorney for the Strom Law Firm, L.L.C. in Columbia since 2007. In addition, he is also an analyst at CNN.

Stokely Sellers is the firstborn twin of Bakari Seller and Ellen Rucker.

Sadie Seller is the second-born child of Bakari and Ellen Rucker.

Kai Michelle Carter is the first child of Ellen Rucker with her ex Vince and Bakari Seller is her step-father.