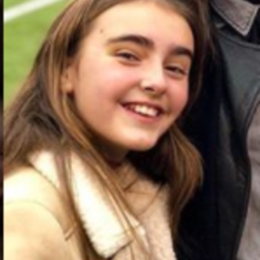 Emery Hope Sehorn is a child who gained media attention because of her parents. She is the youngest daughter of American model-actress Angie Harmon and American professional football player Jason Sehorn who played for New York Giants.

Emery Hope Sehorn was born on December 18, 2008, to football player Jason Sehorn and his now ex-wife actress Angie Harmon. She is the couple's third child as she has sisters Avery Sehorn and Finley Sehorn who are 2-3 years older than her. 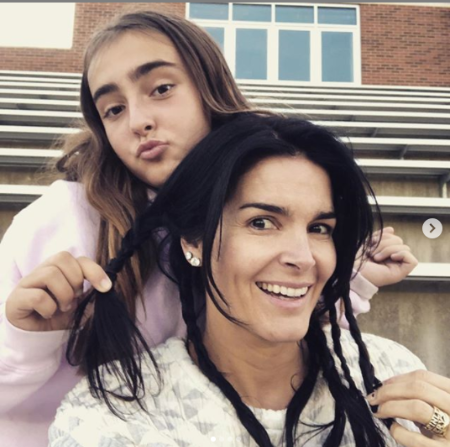 Similar to her sisters, Emery's parents have managed to keep details of her education away from the media. Emery appears on Angie and Jason's social media profile and attends major events with them. Being the youngest female child in the family, Emery Hope is funny and bubbly in nature.

Emery Hope Sehorn's father Jason Sehorn proposed actress Angie Harmon when she appeared on The Tonight Show with Jay Leno on March 13, 2000. Sehorn's marriage to Harmon is well known because of his unusual and public proposal.

Jason got down on one knee asking for Angie's hand for marriage in front of a live studio audience and millions more watching on TV. They became engaged and tied a knot on June 9, 2001, in a private wedding ceremony.

On October 14, 2003, the NFL star and actress were blessed with a new bundle of joy; they welcomed daughter Finley Faith Sehorn. Similarly, on June 22, 2005, the pair gave birth to daughter Avery Sehorn.

Unfortunately, the relationship between Jason Sehorn and Angie Harmon turned sour; they announced separation in November 2014 after 13 years of marriage. The Jason-Angie duo divorced in December 2015 citing personal

Followed by his divorce with Law & Order star, Jason Sehorn and his present wife Meghann Gunderman started dating since 2016 and tied a knot in April 2020. They welcomed a baby girl Sage Cru Sehorn on 18 August 2020.

Like Jason, Ms. Harmon found someone special in life; she engaged to actor Greg Vaughan in December 2018. He is a father to three sons from a past relationship with the Dutch model and actress Touriya Haou. Angie is stepmother to Greg's three kids Jathan James, Canab Thomas, and Landa Reid. Notably, they have now become parents to six children and share strong bonding.

Emery Hope Sehorn, 11, is too young to indulge in any kind of profession. She loves engaging in Philanthropic works like her mom and sisters who went to Rwanda with World Relief at the end of July 2018.

Being born in a wealthy and celebrated family background, Emery is enjoying luxury life with parents Angie and Jason who has a net worth of $30 million and $20 million.

Her father, Jason Sehorn made millions of dollars from playing the cornerback position for the New York Giants. He received huge fame for being the only white starting cornerback in the NFL.

Emery's mother Angie Harmon began her career in modeling as a child on 1972. She walked in runways for the international brands including Donna Karan, Calvin Klein, and Giorgio Armani. She appeared on a handful of magazines such as ELLE and Cosmopolitan. Harmon gave a number of hit TV series such as Rizzoli and Isles, Law & Order: Special Victims Unit".