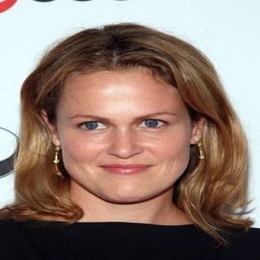 American actress Emily Rutherfurd is a well-known name in the television industry. In her career of twenty years, she is part of many hit series such as 'Work with Me' and 'Will & Grace.' She, however, is best known for the role of 'Christine Hunter' in the series 'The New Adventures of Old Christine.'

Emily Rutherford Is Happily Married For Over a Decade

Emily Rutherford is enjoying marital bliss with her husband Rollin McCulloch Gallagher IV. Rollin also goes by the name of Loch and is a teacher by profession. 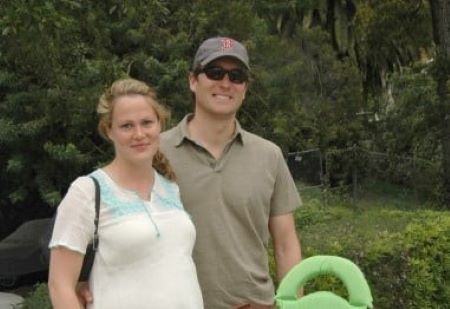 The pair tied the knot on July 19, 2003, in the presence of close friends and family. The wedding took place at the Roman Catholic Church on Fishers Island, New York.

Emily and her spouse are blessed with two daughters; Grace Gallagher and Lila Gallagher. The birth date of their children is yet to be revealed. 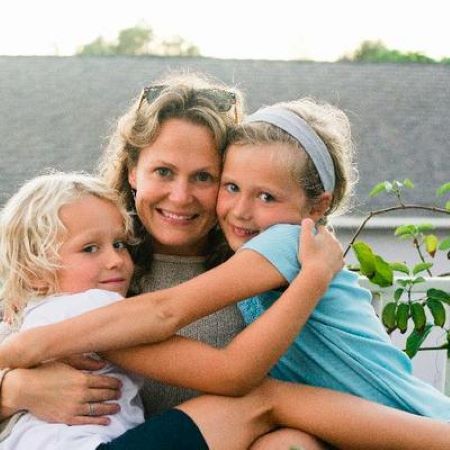 The actress and her husband both like to keep a low profile. They rarely make public appearances. Furthermore, the duo is not active in social media sites. Emily do have accounts on Twitter and Instagram, but she has not posted anything since 2015.

The secretive couple has sucessfully manage to avoid the spotlight of media though they live in the glamorous city of Los Angeles. They also have been lucky to be not involved in any divorce or affair rumors as well, even after fifteen years of marriage.

Emily Comes From the Family of New York Socialites

Emily's father is Winthrop Rutherfurd Jr, a partner in a reputed law firm in New York. Her mother Mary Kernan Rutherfurd, is a real estate broker. 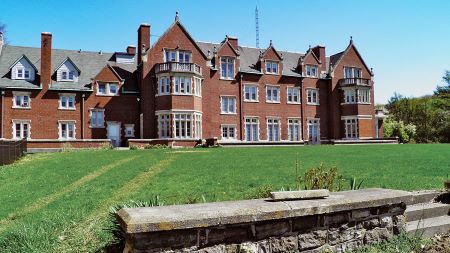 He was previously married to Janet Jennings Auchincloss, the half-sister of former First lady Jacqueline Kennedy. So, it is not wrong to say; the blue-eyed actress comes from an elite family of many connections.

The 45-year-old actress, Emily, holds an impressive net worth of $5 million. She earned this wealth from her two-decade-long career in the entertainment industry.

The blonde started her career in 1999 and soon got a significant role in the TV series "Work with Me." After that show ended, she went on to work in the hit series such as "The Ellen Show" and "Married to the Kellys."

Rutherfurd, however, got recognition from her portrayal of Christine in the series "The New Adventures of Old Christine." The show which aired on CBS was a significant success and consisted of well-known stars such as Julia Louis-Dreyfus, Clark Gregg, and Wanda Sykes. 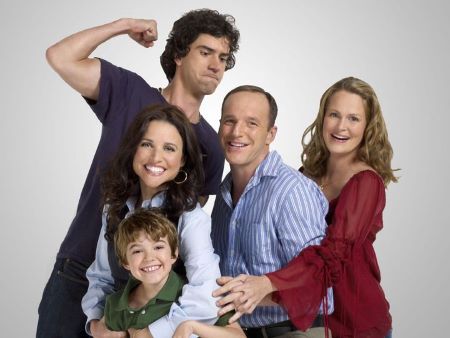 Emily alongside the cast of the show "The New Adventures of Old Christine" SOURCE: Pinterest

After this hit series, the New York native actress did not work in any series as a regular. Instead, she appeared in several shows in a minor or guest role. She was last seen in the part of Helen Karev in the TV series "Grey's Anatomy."

Rollin McCulloch Gallagher IV is a teacher by profession. He and actress Emily Rutherfurd are happily married for over a decade.

Grace Gallagher is the daughter of Emily Rutherfurd with her husband Rollin. She grew up with a sister.

Lila Gallagher is the child of actress Emily Rutherfurd with her spouse Rollin. She has an older sibling.