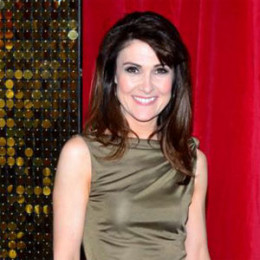 English actress, Emma Barton, became popular after appearing as Honey Mitchell in the series EastEnders. Apart from acting in TV series, she has also done theater plays and production tours. The beautiful actress is currently single.

Emma Barton was born Emma Louise Barton on 26th July 1977 in Portsmouth, England. She is a British national and belongs to White/Caucasian race/ethnicity. Her parents raised Barton along with her sibling, Maggie Barton.

In 1993, she completed her high school from Horndean Community School in Hampshire. She then joined the Guilford School of Acting.

Emma Barton made her acting breakthrough from the British TV program, EastEnders in 1985 alongside casts members Danny Dyer, Ross Kemp, Adam Woodyatt, Steve McFadden, June Brown and Lacey Turner among others. She played the recurring role of Honey Mitchell. On 6 September 2015, it was announced that her character would return as a permanent cast member.

In addition, she starred as Snow White In the Marlowe Theater’s Canterbury from 2008-2009. From March to November 2009, she toured the UK in the stage production of Chicago along with co-actors Jimmy Osmond and Twinnie-Leeee Moore.

In 2014, Barton appeared in The National Theater’s touring production as Dolly in the play One Man, Two Guvnors. Two years later, in 2016-17, she acted in the production of Peter Pan alongside Shaun Williamson. She also participated in reality TV show, Celebrity Masterchef.

Emma Barton is single at present. She dated Joel Beckett in 2007, meeting for the first time on the sets of EastEnders. Their relationship lasted for two years, they broke up in 2009 following some personal conflicts.

Barton then dated TV presenter, Stephen Mulhern in 2009 and separated after few months of dating in 2010.

Forty-year-old actress, Emma Barton, as a cast member of EastEnders and from her prolific acting career,  has earned a good amount of money. According to sources, some of the actors of EastEnders including Adam Woodyatt and Danny Dyer take-home pay between £200,000 and £249,999. Well, she might not make as much money as the leads, but, she possibly makes over £50 k.

Given her salary, Enna Barton has a net worth not less than of a £1 million, most possibly.

She has made donations to several foundations including Children in Need. She even opened two Breast Health UK clinics in Birmingham.