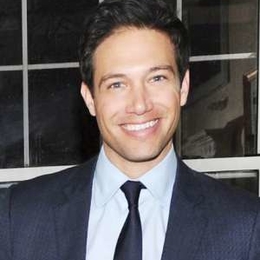 An American famous businessman, Eric Villency is the CEO of one of the highly reputed companies, Villency Design Group. He came to the limelight after his high-profile marriage with Kimberly Guilfoyle.

Eric Villency Has Been Married Twice; His Past Relationships

Eric Villency is single at the moment. It seems after his two failed relationship, the man wants to remain single.

Previously, he involved himself into two marital relationship which he tried to keep strong but was unsuccessful.

In December of 2013, Eric got married to his second wife, Caroline Fare.

Well, Eric and Carolina met for the first time in January of 2010 through a mutual friend Sandra Ripert. Soon after the meeting, they started dating and finally, Eric proposed his wife in April 2013 with a diamond ring and Carolina said yes. 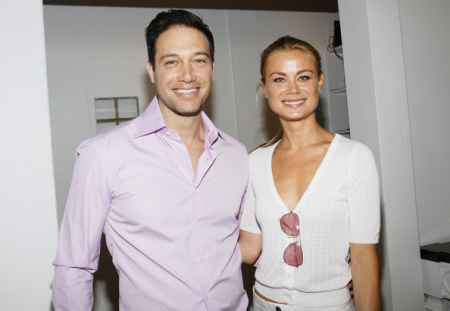 The wedding was held at Eau Plam Beach in front of 160 guests in the attendance.

His ex-wife is a Swedish wedding dress designer. Fare also has her official website carolinefair.com where she uploads her designs. In a year, she designs 6 selected wedding dresses. 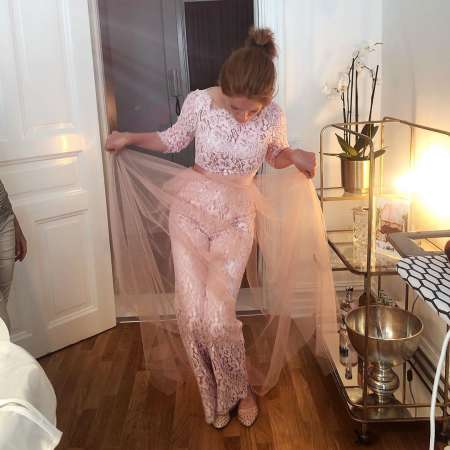 Caroline Fare showing one of her design to her followers. SOURCE: Instagram of Caroline Fare (@carolinefarecouture)

The former husband-wife couple has an age gap of 10 years, at the time of their marriage, Eric was 38 whereas Caroline was 28.

Although they were married for six years, they don't share any children together.

Four years into their marriage, the couple filed for divorce and got separated.

Eric was in a relationship with Kimberly Guilfoyle, a TV personality before the couple decided to get hitched on May 27, 2006.

The wedding brought a lot of happy times, but on 4th October 2006, their happiest time came. The Five star gave birth to their first kid, a son called Ronan Anthony.

Unfortunately, Kimberly Guilfoyle was unable to have a stable married life, and the relationship ended, followed by a divorce.

Kimberly and Eric Shares Joint-Custody of their Son, Ronan Anthony

Although, both Eric and Kimberly got divorced, they knew that their son will be lacking the love he deserves. Hence, in order to provide a happy life to their son, the duo signed an antenuptial agreement. 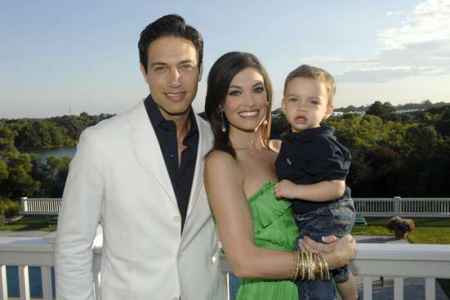 Likewise, Kimberly also told the media that she is still missing her family and especially her son. So she often shares her son's pictures on her Instagram.

Eric, on the other hand, also manages to spend some quality time with his son despite his busy schedule.

Eric Villency has an official Instagram account with more than four thousand followers. Eric recently posted a picture in which he is seen spending some quality time at a waterfall on August 27, 2019.

Eric Villency Net Worth and Earnings

As a CEO of one of the largest companies, Eric Villency has an enormous fortune. His net worth is supposed to be in millions of dollars. Well, what exactly is his net worth?

Eric Villency and Peloton agreed to work as a partner in order to develop an innovative spin bike, which costs around $2000, and Eric worked as a designer in that project. But as soon as the contract with Peloton expired, Eric and his co-founder of Villency Design Group, Coffey founded another company VR Optics.

Soon after the company was established, Eric sued Peloton by saying that he is using the technology that Eric had designed before. However, this action was taken without notifying or giving a warning to Peloton.

As per Pelton, Eric firstly worked with him as a partner and later when the contract expired, Eric and Coffey took advantage and sued Peloton. However, there is no valid evidence found on this case and the case is still running on the court.

The video below shows how Eric established his Fashion world!

Do visit Married Wiki for more Biography and Gossips on your favorite celebrities!!!

Eric was in a romantic dating affair with Kimberly Guilfoyle, the TV personality before the couple decided to get married on 27th May 2006.

In December 2013, Eric again got married to Swedish designer, Caroline Fare. The couple married regardless of the age gap of 10 years. Later, after 4 years of their marriage, the duo decided to end their relationship followed by a divorce.

Kimberly Guilfoyle and her then-husband Eric Villency shares a child named Ronan Anthony together. The duo welcomed their first child on 4th of October, 2006.