Is Kimberly Guilfoyle Modeling Victoria's Secret Dating after Two Divorces? Know about her Husbands and son 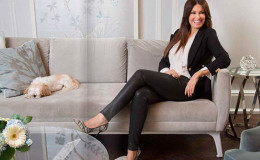 Starting off as Victoria's Secret model and now landing up as Fox News Channel, The Five's lead host, Kimberly Guilfoyle shares an interesting turn of events in her professional career.

For someone who's such a dynamic personality and who's career-oriented, keeping up a stable personal life is quite hard and for Kimberly, this was no different. Despite two failed marriages, there's never a stop. She's definitely moved on with a new love.

But now, we're wondering if she's moved on with her life and found someone else. Could she be dating anyone?

There were rumors for a few months Kimberly Guilfoyle was dating Donald Trump Jr. However, this seems no longer the case as it's been confirmed by Trump Jr.'s ex-wife Vanessa Trump that the rumored pair is in fact in a relationship. 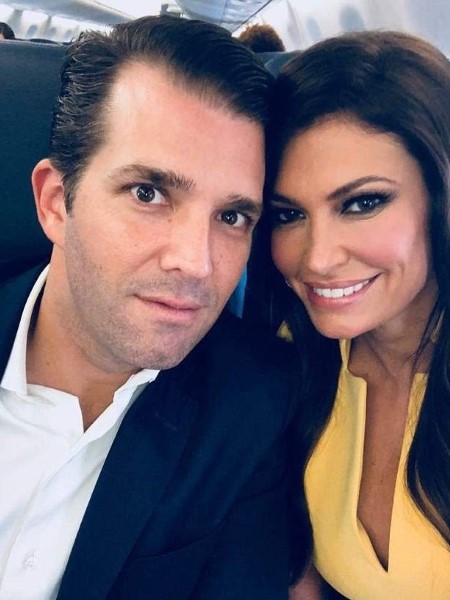 A source claimed the couple was dating since May 2018. It further stated:

'They're really into each other, it's obvious from the way they are together - and they haven't tried to hide it...'

The gorgeous couple took a break from their usual political punditry and made thing official as via Instagram. They cuddled up as they posed in front of the famous glass pyramid at the Louvre museum.

"Great day in Paris with @donaldjtrumpjr."

Spies told Pag Six that they overheard Guilfoyle and Trump Jr. calling each other with cute pet names in Southampton. Don Jr. is her 'Junior Mint' and he calls her 'Pooh Bear'.

Previously Trump Jr. and his former wife who were together for 13 years announced their split in March 2018 being separated previously in October 2017. She filed for uncontested divorce in Manhattan Supreme Court, still, it was revealed as contested later on.

Vanessa took to Twitter to reveal the length of their split which is apparently 9 months.

The lengths people will go to attack a woman simply because she’s dating Don. We’ve been separated for over 9 months and respect each other’s decisions & privacy. We’ll focus on raising our great kids.Would be nice if the press did the same rather than obsess over our pvt lives! https://t.co/fa73W3gv43

Vanessa was responding to Trump Jr.'s earlier outraged tweet on Twitter over New York Daily News reporting Guilfoyle should be fired from Fox News Show for her connection to him.

Following their divorce, the ex-couple had finally agreed to resolve all issues regarding their five kids and parental rights. Though they are separate, they said in a joint statement that they will " always have tremendous respect for each other."

Meanwhile, President Donald Trump is apparently a big fan of Kim for her smartness and the fact that she has so much in common with his son.

It's no more a secret that Trump Jr. and Guilfoyle are dating but some new questions are creating headlines in the media. People started questioning how their affair would make an impact on President Trump on Fox New where Guilfoyle is serving on 'The Five'.

Amazing weekend in Montana with @donaldjtrumpjr here are some shots from our trip to the Stillwater River which we floated for the day on Saturday. #flyfishing #fishing #weekend #outdoors #montana

Look, They seem to be a cute couple and I love a good love story. But doesn’t this radically affect her day job?

How can any of her colleagues criticize Trump when the president’s son’s girlfriend is sitting right there at the table? Doesn’t this complicate the entire networks coverage of the Trump family?

An incredible afternoon at the White House! Thankful and proud to be an American! God bless all our troops & God keep our nation safe. Happy Independence [email protected]

The new couple vacationed together in Montana; also spends a quality moment at the White House. Guilfoyle is 10 years older than Trump Jr. and she shares a healthy relationship with the Trump family which is the plus point for their relationship.

Kimberly Guilfoyle's Two Failed Marriages In The Past

Back in 2001, when Kimberly was working as San Francisco Assistant District Attorney, she met the handsome politician and businessman Gavin Newsom who was competing for mayor of San Franciso. 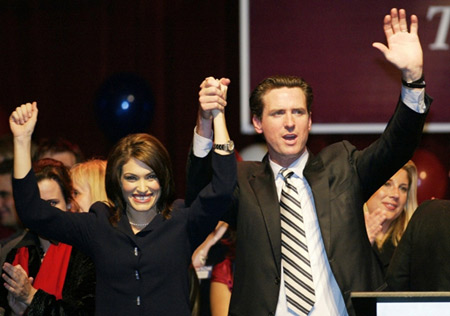 The former city supervisor, Gavin fell for the gleaming beauty, Kimberly and the duo married after dating for few months in 2001. In 2003, Gavin was elected as the Mayor of San Francisco making Kimberly the First Lady of the state.

Everything was going pretty well until in January 2005, she filed for divorce citing "irreconcilable differences" which was finalized on February 28, 2006. 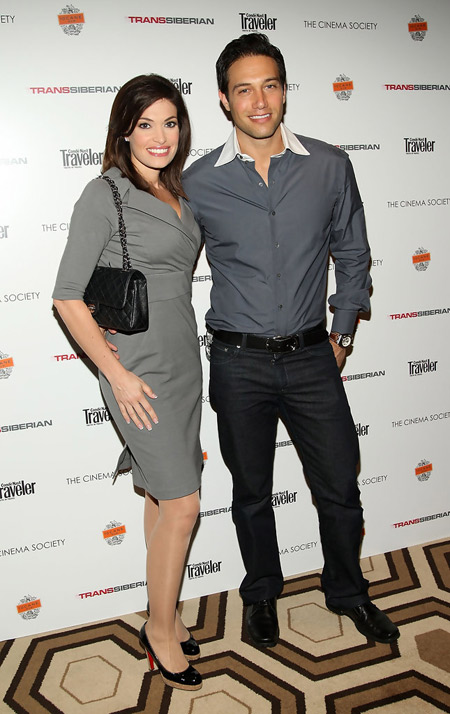 Kimberly with her second ex-husband Eric Villency at The Cinema Society Hosts A Screening Of "Transsiberian"
Source: Zimbio

After that, she started dating a furniture heir Eric Villency and the duo married on May 27, 2006, in Barbados at a grand wedding.

Just five months after their wedding, Kimberly welcomed her first child, a baby boy named Ronan Anthony and the duo lived as a happy family for three years. 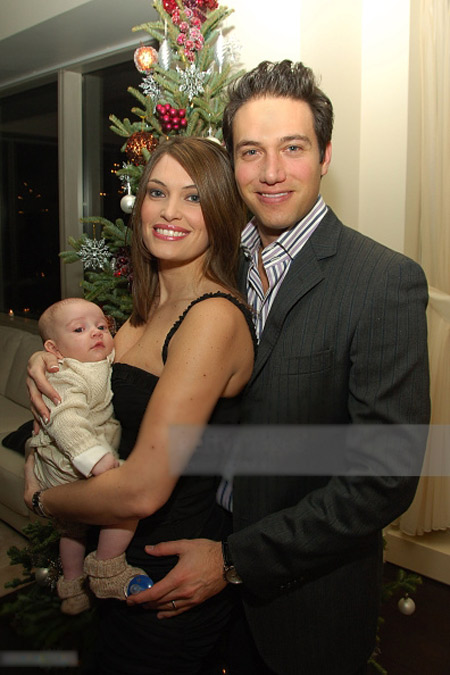 Unfortunately, in 2009, they filed for divorced and moved on with their lives, settling for joint custody of their child.

Guilfoyle who's currently in a relationship with Donald Trump Jr. was accused of being engaged in emotionally abusive behavior. She was accused of sexual misconduct including showing colleagues images of male genitalia.

The longtime Fox News announced her departure from the network in July 2018. As per some reliable sources, she was forced out at Fox after some investigations on the misconduct.

"Six sources said Guilfoyle’s behavior included showing personal photographs of male genitalia to colleagues (and identifying whose genitals they were), regularly discussing sexual matters at work and engaging in emotionally abusive behavior toward hair and makeup artists and support staff."

Responding to an email with a long list of 19 questions, her attorney John Singer wrote:

"Any accusations of Kimberly engaging in inappropriate work-place conduct are unequivocally baseless and have been viciously made by disgruntled and self-interested employees. During her lengthy and decorated tenure with the company, Kimberly was beloved, well-respected, and supportive of anyone she ever met. It’s utterly preposterous that there are those who are nefariously and greedily twisting innocent conversations amongst close friends into much more than what it actually was for financial gain. Kimberly has happily moved onto the next chapter of her life and hopes others will do the same."

A spokesperson for Fox News denied commenting anything on the very issue. It's still unclear whether the sexual allegations are true or it's just an attempt to discredit a star. It might have something to do with her relationship with Trump Jr.

Let's wait for what goes the next! 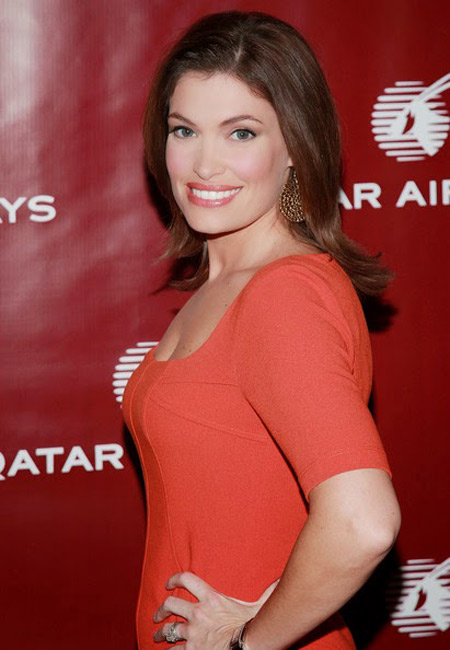