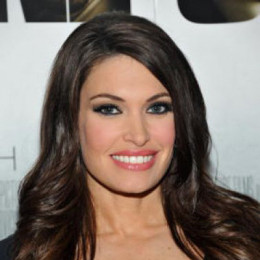 Kimberly Guilfoyle is an American beautiful cable news personality who is currently working for the Fox News Channel. She was also a former Victoria's Secret model. She graduated from the University of San Francisco Law School. Prior to working as Cable news reporter, she was a high school teacher. She started her career as delicatessen, where she was a hostess, waitress, and manager.She is currently working as the co-host of the programs called "The Five and Outnumbered" in the Fox News Channel.

She is the daughter of Anthony Guilfoyle, an Irish real estate investor, and a close advisor to Mayor Newsom and Mercedes Guilfoyle, a Puerto Rican special education teacher.

She is also known as the former wife of Gavin Newsom a politician and was First Lady of San Francisco.

During her college days, she interned at the attorney's office as well as she does modeling for Macy's and a bridal magazine.

Following her graduation, Kimberly Guilfoyle worked as a prosecutor in San Francisco. But lost her job in 1996 when Terence Hallinan, an American attorney, and politician fired fourteen of the city's prosecutors.

In 2001, Kimberly received national attention by prosecuted two defendants whose dogs had mauled a woman to death in San Francisco.

In January 2004, Guilfoyle moved to New York to host the program entitled 'Both Sides' on Court TV also took a job as a legal analyst on 'Anderson Cooper 360°'.In February 2006, she joined Fox News Channel as host of the weekend shows 'The Lineup'.

In 2015, she released a semi-autobiographical book entitled "Making the Case: How to Be Your Own Best Advocate". This book is about Guilfoyle's experiences, working as a prosecutor, and encouraging people to always advocate for themselves.

Former The Five host was accused of inappropriate sexual behavior and sexual misconduct. She was accused of showing pictures of male genitalia to her colleagues.

A long-time Fox News fixture announced that she was leaving the network. She left Fox News on 20 July 2018 and later joined America First Policies, a pro-Trump super PACT to campaign for Republicans during the 2018 midterm elections.

Guilfoyle is widely known as a legal analyst for the 'Fox News Channel'. She has a height of 5 feet and 2 inches. She is a dedicated and hardworking personality and earns a net worth of $20 million.

Besides she takes home a salary of $8 million.

Kimberly Guilfoyle shares a romantic relationship with Donald Trump Jr. Their love affair broke out in May 2018 after the couple attended an event together while Trump Jr. was going through a divorce with his wife Vanessa Trump.

Guilfoyle is 10 years older than her current boyfriend. She shares a good relationship with the Trump family even before dating Trump Jr which is the plus point in their relationship.

Great time last weekend in Monaco with Don for our friends big birthday.

Kimberly Guilfoyle has been married for twice and both times she ended her relationship in divorce.

Previously she has been married Gavin Newsom, a politician, and businessman as well as the former mayor of San Francisco, and the Lieutenant Governor of California since 2011.

The couple was married on 8th December 2001 and divorced on 28th February 2006. While married with Gavin Newsom, she went by the named 'Kimberly Guilfoyle Newsom'. She doesn't have children from Gavin.

A magical and Merry Christmas night with @donaldjtrumpjr and our families. #Holidays #Grateful. #tbt

On 27th May 2006, Kimberly Guilfoyle married Eric Villency, the CEO of Villency Design Group, an interior, and product design firm. On 4th October 2006, she gave birth to a boy named Ronan Anthony Villency.

But same as her previous marriage this one also ended on a sad note. The couple announced their separation in June 2009.

Kimberly has been involved in many controversial situations like she was criticized when she implied in one of her show that young females in the USA should not vote in elections or be on juries.

Happy Birthday to my best friend and amazing boyfriend @donaldjtrumpjr it’s been wonderful spending the holidays and your birthday together. Here’s to an incredible 2019! XO Kimberly

She has decided to leave Fox Network reason being she will now assist her boyfriend Donald Trump Jr. on the campaign trail and will possibly join the pro-trump PAC America First Policies. But according to some other reports, there is news that she left Fox Network due to the allegations and accusations made against her.

There was news that she wasn't a well-behaved employee and often distracted the other employee by talking about sexual matters. However, she has agreed to these accusations and has hired a lawyer to deal with his issues.

As for her social media sites she has around 1.46 million followers on Twitter.

Here is a video of Kimberly Guilfoyle's five facts.

The new couple is spending much time together. She was alongside Trump Jr. when he gave a speech at the Weatherby Foundation International Hunting and Conservation Award Dinner earlier in January 2019.

After dating a year they turned their relation in marriage. He was elected mayor in a very tightly-contested election. Reason behind their divorce is still unknown.

Occupationally he was furniture store heir. Together they are parents of a son. They had no yet revealed the reason behind their divorce.

She gave birth to him after her second marriage. His photograph along with her can be found in different sites.