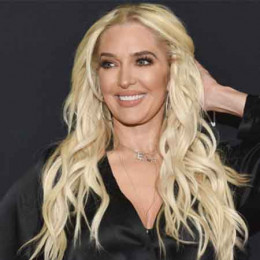 The American native Erika Jayne is best known for her cast in the reality Television series, "Real Housewives of Beverly Hills". She is a multi-talented personality who is involved in several fields like acting, singing, dancing and so on. Jayne has appeared in some television shows like "Dancing with the Stars", "Law & Order", "High Incident", "Tanked", "Fashion Police", "Lip Sync Battle", "Hollywood Medium", "Hit the Floor" and so on. Her music debut happened in 2007 when she rose to fame after her debut single "Roller Coaster" ranked no. 1 in the US Billboard Dance Club Songs.

Erika Jayne was born Erika Nay Chahoy to a single mother Renne Chahoy on July 10, 1971, under the birth sign Cancer in Atlanta, Georgia, United States. Her mother Ruby was an actress and pianist who gave birth to Jayne at the age of 18.

Jayne's parents broke up when she was just a year old and was later on adopted by her stepfather from her mother's marriage but lost contact with them after their divorce. 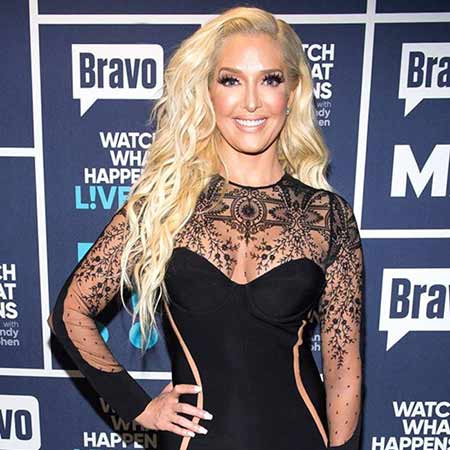 Her childhood was hard and the hardships made her a strong person. As for her educational background, she attended North Atlanta High School for the Performing Arts. Jayne's early career includes her modeling and commercials projects which she did as a child and when she turned 18 she moved to New York City.

Later on, she moved to Los Angeles to pursue a career as a performer and singer but also landed in the acting field. She was working as a waitress while she was acting.

Erika Jayne is professionally an actress, singer, songwriter, and author who is involved in various fields. She has been a part of nine number one dance numbers which topped the charts. Jayne came into the limelight after her debut single Roller Coaster ranked no. 1 in the US Billboard Dance Club Songs in 2007.

It was in 2009 her studio album Pretty Mess was released and the singles from the album Painkiller, Xxpen$ive became a super hit. Besides, she had appeared for an episode in some Television series & shows like Law & Order, High Incident, Tanked, Fashion Police, Lip Sync Battle, Hollywood Medium, Hit the Floor and so on.

In 2015, she was cast in the reality television series The Real Housewives of Beverly Hills alongside Taylor Armstrong, Yolanda Hadid, Denise Richards, Brandi Glanville, Camille Grammer, Adrienne Maloof, and so on.

She also featured in the dancing show Dancing With the Stars season 24 in May 2017 and got injured while on the show. For the injury, she had to go under a surgery. In the show, her partner was Gleb Savchenko.

The actress and performer Erika Jayne is estimated to have a net worth of $5 million. Her main source of earning is from her career as a reality star and performer. For her appearance in the reality series The Real Housewives of Beverly Hills, she takes home a salary of $500,000 for a season.

Jayne is a real diva and has managed to maintain her physique even at this age. She spends $40k on clothes and accessories. She lives in a five-acre 1920s estate.

Her husband Thomas A. Girardi is a successful attorney who is estimated to have a net worth of $11 million by various sources. He takes home a salary of $166k annually. Both the multi-millionaire couple live a luxurious life.

Erika Jayne is a married woman who tied the knot to attorney Thomas A. Girardi in January 1999. He is a founding partner of the company Girardi & Keese in Los Angeles. The couple has been married for 19 years and their bond still remains strong as ever.

Before marrying Girardi she was married to DJ Thomas Zizzo in 1991 whom she met during the beginning of her singing career. They exchanged vows at St. Patrick's Cathedral and the marriage was a huge one. But they were not able to save their marriage and separated in 1996. The couple has a child named Thomas Zizzo Jr who was born in 1993 and is a police officer for LAPD. 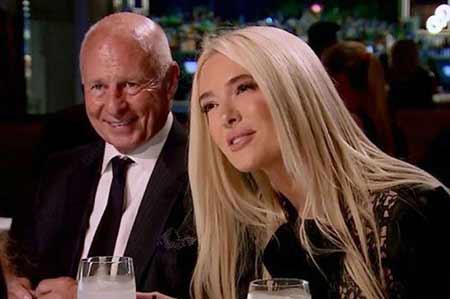 She is pretty active in the social media sites and likes to interact with her fans. She has around 1.6 million followers on her Instagram and 270k on Twitter.

Here is a video of Erica Jayne in The Wendy Williams show.

Erika Jayne was formerly married to a police officer named Thomas Zizzo in 1991. The couple divorced in 1996.

Second Marriage with Thomas A. Girardi

Erika Jayne is a married woman and tied the knot to Thomas A. Girardi in January 1999.

Thomas Zizzo and Erika Jayne gave birth to their son Thomas Zizzo Jr in 1993. The couple aren't together anyone.