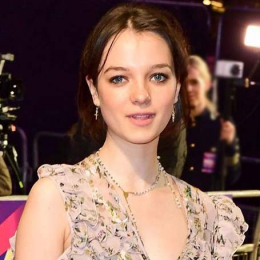 English actress Esme Creed-Miles is a famous British actress better known for working in the Amazon series named Hanna. She is also popular for appearing in the films like Dark River, Undercliffe and Pond Life. The 19-years-old actress is also known for being the daughter of famous actor Charlie Creed-Miles and actress Samantha Morton.

Esme Creed-Miles's Personal Life; Is she Dating Someone?

Esme Creed-Miles is possibly single as of now and out of any dating relationship as she is focused on her career building. Moreover, she is never spotted with any men in any events and functions.

The 19-years-old actress is out of any rumors and controversies regarding her personal as well as professional life. In fact, she is concerned about her acting career and shares no time for relationships. Additionally, she is an active person on Instagram and shares a lot of posts regarding her acting life and daily life.

What is the Net Worth of Esme Creed-Miles?

Hanna Premiere in NY last night! @iammireilleenos ... you can watch the whole series on March 29th on prime. #hannatv #amazonprimevideo

Esme started her acting career by appearing in the 2007 film Mister Lonely as Shirley Temple. Since then, she worked in a number of films including 2017 2017 British drama film Dark River. Besides, most recently she worked in the 2019 film entitled Pond Life and Undercliffe which was produced by Open Palm Films.

Miles tried her luck in the television industry by working in the Amazon series named Hanna with a leading role. She is highly praised and love for working in the series. In addition, she stars along with the actors like Joel Kinnaman, Noah Taylor, Mireille Enos and many more.