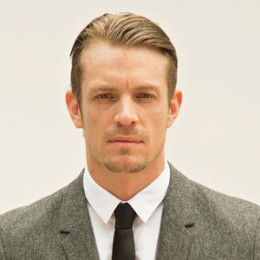 Joel Kinnaman is a Swedish-American actor who is widely known for both his Swedish and American movies. He got his breakthrough role in the American film industry from a movie named "The Darkest Hour" in 2011 which was his US movie debut. People mostly know him for his lead role in the movie "Robocop" and for his involvement in the popular series like House of Cards, Altered Carbon, and The Killing.

Joel Kinnaman was born Charles Joel Nordstrom Kinnaman on November 25, 1979, in Stockholm, Sweden. His mother Bittle Kinnaman was a therapist and his father Steve Kinnaman served in the US Army during the Vietnam War but started staying as a refuge in Sweden. He was drafted to the war site and later on he deserted the military from his base which was in Bangkok. While his stay as a refuse in Sweden he changed his name as his former name was David Kinnaman and started living a normal life in Sweden.

Joel belongs to English, German, Irish, Scottish, Jewish ancestry from his parents. Kinnaman grew up with his five sisters in Stockholm and learned English and Swedish both. As a teenager, Kinnaman was a troubled child and used to do lots of mischiefs. He used to smoke weed and used to get beaten up by his father.

For his high school studies, he enrolled at a local school in Stockholm which was also attended by famous personalities Alexander Skarsgard and Noomi Rapace. One of his sister Melinda Kinnaman is also involved in the entertainment industry as an actress. As his father was American and mother Swedish he holds citizenship in both the countries. 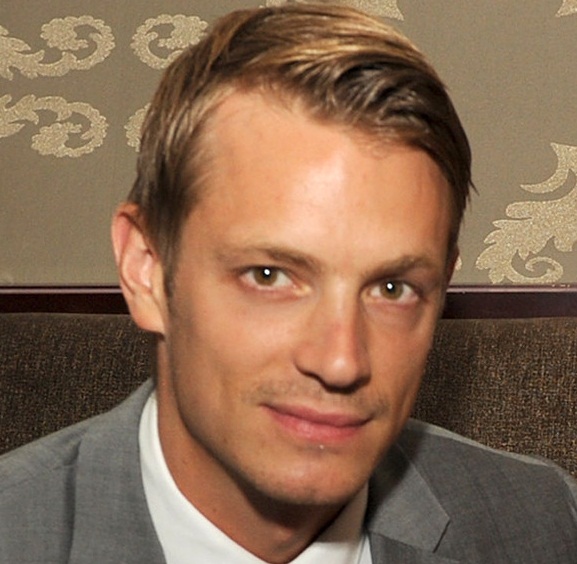 He enrolled at Del Valle, Texas where he spent one year as an exchange student. After finishing high school he had the desire to travel the world and thus to collect the finances he worked many jobs from a roof-sweeper to a beer factory line worker in Norway.

In the French Alps, he worked as a bar manager. Finally, with all the money he collected from his jobs he ran like the wind to his destination which was Southeast Asia and South America where he spent two years.

Joel Kinnaman is professionally an actor who debuted in the entertainment industry in 1990 from a Television series named Storstad in 1990. His movie debut happened in 2002 when he was cast in a movie named Den Osynlige where he portrayed Kalle. The same year of his debut he enrolled at the Swedish National Academy of Mime and acting graduating in 2008.

After his graduation from the Academy, he started to get many projects and started appearing in many Swedish movies. He starred in some Swedish movies like Storm, In Your Veins, Tjenare Kungen, Easy money, Johan Falk and many more.

For his awesome performance in the 2009 movie Johan Falk, he got nominated for a Guldbagge Award for the Best Supporting Actor category. Later he went on to win Guldbagge Award for Best Actor from his 2010 movie Easy Money. After his successful career in the Swedish movie industry, he opted to go to the United States to act and got an agent for himself.

His debut in the US happened in 2011 when he was cast to play Skyler in the science fiction thriller movie The Darkest Hour. 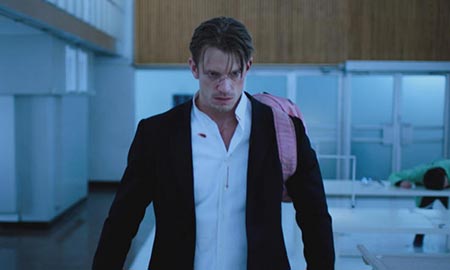 After gaining recognition in the American film world he continued getting more and more roles. He is popularly known for his cast in some highly rated series House of Cards, The Killing, Altered Carbon where he portrays Governor Will Conway, Stephen Holder, Takeshi Kovacs respectively.

In House of Cards, he was the main lead and appeared in 15 episodes alongside Kevin Spacey, Robin Wright, and Kate Mara. He is set to appear in the upcoming series, Hanna where he will play the role of Erik. The fans can see Kinnaman in two movies set to release in 2019 namely Three Seconds and The Horse Boy whose exact release date is not confirmed yet.

Joel Kinnaman is estimated to have a net worth of $6 million which he earned from his huge career in the entertainment business. In 2014, he bought a luxurious two-storey house for a whopping $2.45 million in Los Angeles and sold it at $2.245 million in 2017. He also bought a house in Venice for $3.749 million. His movies are a hit in the box office and have grabbed millions worldwide.

Joel Kinnaman tied the knot to tattoo artist Cleo Wattenstrom in 2016. The couple began dating in 2014 secretly and to take their relationship a step further they decided to get married and started to live a prosperous life together. Before being married to Wattenstrom he was in a two-year relationship with actress Olivia Munn. They began dating in 2012 and broke up after two years in 2014. Kinnaman was dating Jane Timglas and the couple decided to separate in 2011. 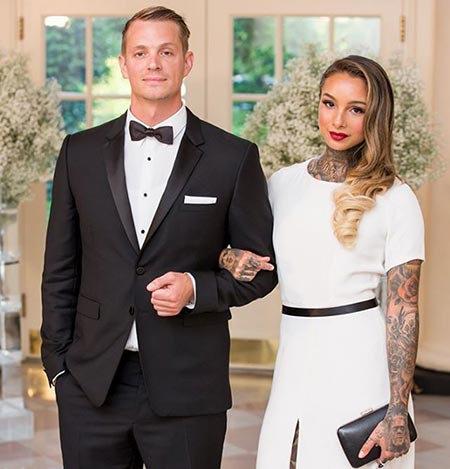 In the Scandinavian talk show named Skavlan, he spoke about how he knew about Kevin Spacey's sexual misconduct issues beforehand as he had heard many stories about his misdoings through his friends. His House of Cards co-star Kevin Spacey was found guilty of sexual assault when Harvey Weinstein with a brave heart came forward to talk about his misconduct.

He wasn't ready to reveal he was gay and kept abusing minor by taking advantage of his star power. Later it was revealed that he had abused more than 15 men while they were young. Eventually, the actor was fired from the series House of Cards series. Kinnaman said he didn't find it shocking when the news of his abuse broke out as he was already aware of his behavior.

Kinnaman has a health condition named Pectus Excavatum which is a congenital deformity of the anterior thoracic wall in which the sternum and the rib cage grows abnormally. It, later on, produces a sunken appearance of the chest and he had to go under a major surgery to treat the condition.

The couple began dating in 2014 secretly and to take their relationship a step further they decided to get married and started to live a prosperous life together. They married in the year 2016.