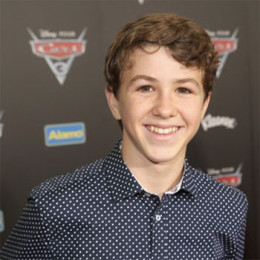 Ethan Wacker is an American child actor and social media personality who is well known for portraying Bernie in the Disney Channel's 'Bizaardvark'. He also voiced the characters such as Pip Whipley in the animated series 'Miles From Tomorrowland' and Stinky in the show 'The Stinky & Dirty Show'. Wacker is very active on social media and has a self-titled youtube channel. As of 2018, he has around 2.1 million followers on his Instagram and 47.3k followers on Twitter.

Ethan Wacker was born on May 8, 2002, in Hawaii, United States. He was raised with his two sisters Olivia Wacker and Natalie Walker and an elder brother named Christian Walker in Hawaii. 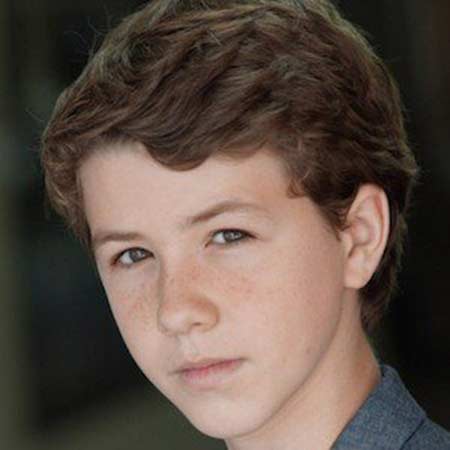 In his childhood, he was nicknamed weedwacker.

Wacker is professionally a child actor who is cast in the Disney series Bizaardvark in the role of Bernie with youtube star Jake Paul. The other cast includes DeVore Ledridge, Olivia Rodrigo, and Madison Hu.

Prior to that, he worked as a voice actor who voiced Stinky in a show named The Stinky & Dirty Show and the character Pip Whipley in the animated series Miles From Tomorrowland in 2015. He featured in a cameo role in the sitcom KC Undercover playing the role of Collin Cleaveland. 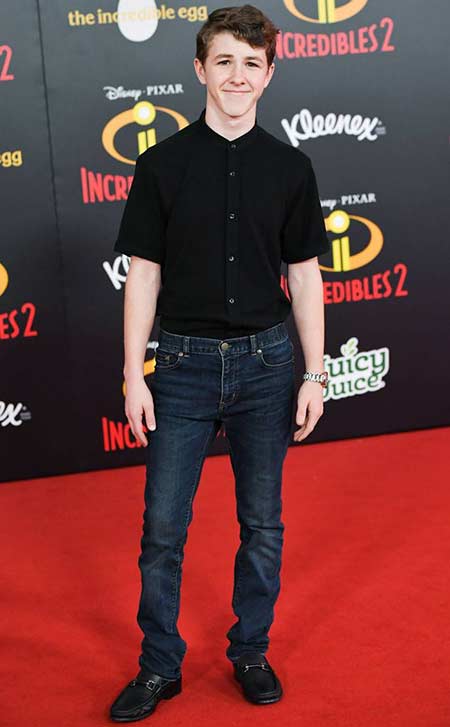 Wacker in the premiere of the movie The Incredibles 2
Source: E! News

Further on, he wants to play a character which was more series and action-packed. He was inspired and loved Heath Ledger's performance in the movie The Dark Knight. He also has a self-titled youtube channel.

Wacker revealed he decided to start youtube after being inspired by Jake Paul and believes Paul makes the best youtube contents. On youtube, he is associated with the Squad 7 youtube group which include Cody Veith, Casey Simpson, Michael Campion, Isaak Presley and so on.

Wacker's net worth is not estimated and is still under review. He is a child actor and lives with his family in their home in Hawaii.

He has a youtube channel under his own name which has 261,337 subscribers and 25 videos as of July 2018 and considering it's success it will prove to be a successful income earning source for him in the future.

Wacker is not in a relationship with anyone as he is just in his mid-teens. He is more focused in his studies and his career. He admires Stephen Amell from the popular Television series Arrow and is a huge fan of The Office star Steve Carell.

He wants to work with them someday if he gets the opportunity. He is pretty active on social media and has a whopping 2.1 million followers on his Instagram account and 47.3k followers on Twitter as of July 2018.

Great day at the beach with the fam

His hobby includes skiing, playing sports and traveling. He wants to explore the Arctic and Great Barrier Reef someday.