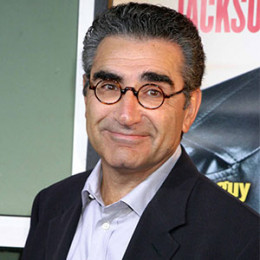 Eugine Levy became a household name with his successful career as an actor, comedian, producer, and director. He is well known for his roles in the American Pie series and Finding Dory.

What is Eugene Levy's Net worth?

Eugene Levy summoned a phenomenal amount of money from a successful career as an Actor, comedian, director, and producer. The actor holds an estimated net worth of $18 million, as of 2019. 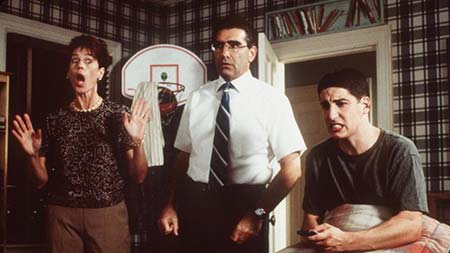 Moreover, the 2001 raunchy comedy American Pie 2 became a quick phenomenon at the box office grossing more than $287.5 million against the cost totaling to $30 million.

Levy currently resides in a 2,081 sq ft mansion located in Los Angeles, California. The property is currently valued at a staggering $2.234million.

In addition to that, the actor also lent his voice in the critically and financially acclaimed Pixar animated movie Finding Dory alongside Ellen DeGeneres and Diane Keaton. The movie grossed over $1billion worldwide.

Eugene Levy is a family man just as his role in the American Pie series. He exchanged the vows with Deborah Divine, who is a screenwriter back in 1977. 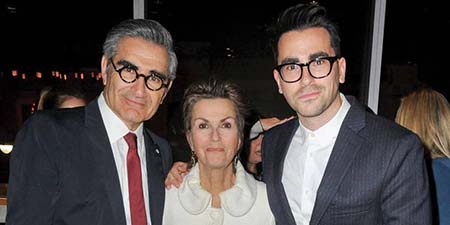 Eugene with his wife and son

The long-term couple has made a happy and fulfilling family unit for themselves. The lovely duo shares two children, a son named Daniel Levy born on 9 August 1983 and a daughter Sarah Levy born on September 10, 1986.

THE SCHITT’S CREEK CHRISTMAS SPECIAL IS HERE AND I COULDN’T BE MORE EXCITED TO SHARE IT WITH ALL OF YOU! CATCH IT *TONIGHT* ON @cbc IN ! TOMORROW ON @poptv IN ????! (Don’t have Pop? Don’t worry! You can still watch FOR FREE on Wednesday by downloading the #PopNow app >>> link in bio!) ALSO AVAILABLE ON NETFLIX INTERNATIONALLY THIS WEDNESDAY!

Eugene and his son Daniel also produced a CBC Television sitcom Schitt’s Creek together where he shared the screen with his wife.

Eugene Levy was born on December 17, 1946. His birthplace was Hamilton, Ontario, Canada. He was born to a Jewish family where his mother was a housewife and father work as a foreman at an automobile plant.

Levy attended Westdale Secondary School for his former schooling. After which he went on to the McMaster University, where his acting skills were provided a room to grow. He also explored his horizons as the president of the McMaster Film Board which is a student film group.

Levy started his acting career in the late night comic drama series on SCTV in the year 1976 for which he won two Emmy Awards. He came to prominence after starring in the American Pie series.

Eugene is married to the screenwriter Deborah Divine. The couple is married for more than two decades and is happier than ever in each other's company.

Denial Levy is a famous actor, producer, director, and TV personality who has made a name for himself as following the step of his father, expanding his horizons along the way.

Sarah Levy made a mark in the Canadian Entertainment Industry as a beautiful and versatile actress with some prominent roles to her name.