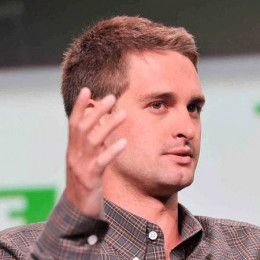 An American Internet entrepreneur who is widely popular as co-founder and CEO of the mobile application Snapchat.. He is son to Melissa Ann Thomas and John W. Spiegel who were professional lawyers. He attended Crossroads School for Arts and Sciences in Santa Monica. He graduated from attended Stanford University. He also joined Otis College of Art and Design, where he learned designing. He used to work in internship at sales at Red Bull and also in a biomedical company. Actually Snapchat was his class project while he was studying at Stanford.

He was involved in controversy when Gawker blog, released a set of emails which were explicitly misogynistic and homophobic were released which he sent to his friends while he was still undergraduate. Later he apologized telling he is not the same character person that he was before. Talking about his personal life te is still single. There is no rumor of any kind of affair of him. May be he don't want his relationship to be publicized.