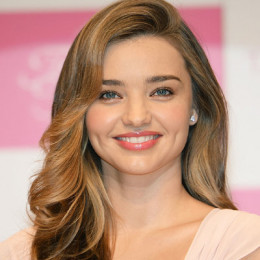 An Australian beautiful and sexy model of Anglo Scottish ancestry. She is daughter to daughter of John Kerr and Therese. She is also Victoria's Secret model. In 2008 she was listed on tenth of the world's top earning models that year. She studied nutrition and health psychology in her college. When she was young she was gymnast. She has worked for many company's as model like Dolly, Tigerlily, One Teaspoon, Billabong Girls, Victoria's Secret, jeans, Skincare, Roxy.

Talking about her personal life, her first marriage was not so much successful. After 3 yrs of her married life, she had to face divorce. Her teenage love died in car accident when she was just 15 years old. Later on when she gave birth to her first child, she named his middle name after her first love's name for his memory. Her name has been linked with many famous actors. She has only gave birth once.

Their marriage took place secretly. At the marriage she was pregnant with 4 months child. After six years of staying together, they finally got divorced.

He was born in Los Angeles. His middle name was named after her first love. His picture along with his mother can be found in different sites.