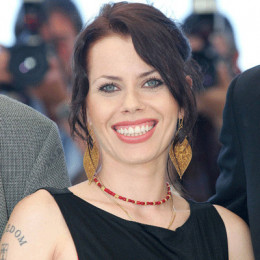 Fairuza Balk is an American film actress who is known for her performance in the movies The Craft, American History X,, The Waterboy, etc. She has been acting since the age of six. She made her television debut in the year 1983 from the movie title The Best Christmas Pageant Ever. She has been active in the industry ever since 1983. She is an avid lover of cats and owns several cats.

Fairuza Balk was born on 21 May 1974 in Point Reyes, California. At 2 years of age, she moved to Cloverdale and lived with her mother.

She started acting at six years of age. She belongs to Irish, French, Romani, and Cherokee descent.

Balk made her theatrical movie debut as Dorothy Gale in Disney's movie Return to Oz in 1985.

Some of her famous roles include Personal Velocity: Three Portraits, Almost Famous, Valmont, The Craft, American History X, The Waterboy, and The Island of Dr. Moreau.

He performed in a movie named Hell Is Where the Hom Is.

The main source of earning is from her career as an actress. She gained a good bulk of sum from her appearances in TV series and movies.

In 1996, she was in a romantic relationship with English actor and screenwriter David Thewlis. Their affair lasted just for a year.