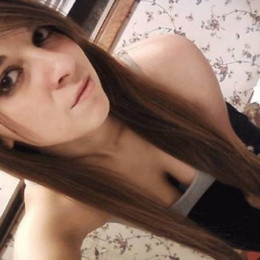 She is an American Web Video Star best known for her "The Gabbie Show" where she collaborates with fellow Viner Scotty Sire in comedy vlogs and sketches. According to the record of 2015, she had earned over 2.5 million followers on Vine. She studied and graduated from the University of Pittsburgh. This young, beautiful lady has reached a huge success at her early age and has lot more to do in upcoming days.

Gabbie Hanna was born on February 7, 1991, in  New Castle, Pennsylvania. Her birth name is Gabrielle Jeanette "Gabbie" Hanna. She was raised along with her six siblings.

Hanna completed her graduation from the  University of Pittsburgh with a degree in psychology and communications. She is also the member of  Sigma Sigma Sigma Sorority.

Hanna started gaining fame since 2014 after uploading her comedy video in Vine where she managed to accumulate about five million followers. The same year, she opened her own YouTube channel, Gabbie Hanna. She has more than 5 million subscribers and over 400 million views on her channel.

In 2015, she took part and won the fourth season of Dance Showdown with Matt Steffanina. Initially, she worked with the internet company Buzzfeed but left it soon intending to focus on YouTube and Vine. 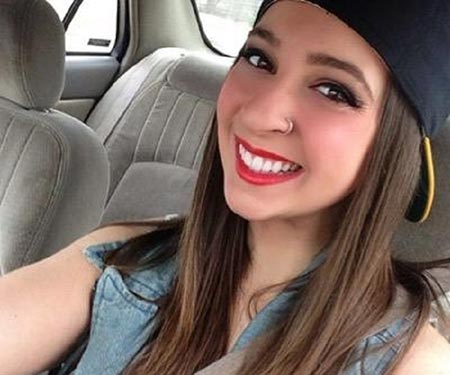 She created her second YouTube channel named The Gabbie Vlogs. Subsequently, she focused solely on YouTube when Vine shut down in 2016.

Also Read the Biography of: SSSniperWolf

In April 2018, she was nominated in iHeartRadio Social Star Award. She is also active in the musical field. As of 2018, she released five singles and two promotional singles.

She released her first single "Out Loud" in support of her book of poems, Adultolescence in September 2017. It was the same year she starred in Joey Graceffa's YouTube Red series, Escape the Night.

Her debut studio album named This Time Next Year is scheduled to be released in 2019.

Hanna has an estimated net worth of about $2 million at present.

Gabbie Hanna hasn't married anyone yet and also does not have any child. Till now there is no any record of her affairs and other such relevant activities.

She has never been spotted with a guy who can be assumed as her boyfriend. She is totally single.

Previously, she was in an emotionally abusive relationship. After six months of dating, she came to know that the guy lied with him almost every topic including his career.