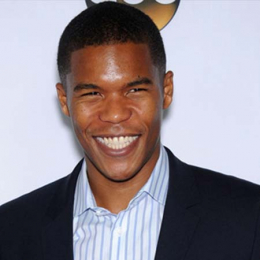 Hollywood actor, Gaius Charles made a name for himself by showcasing his acting skills in many films and television series. The 35-years-old actor made an impact in the American television industry by acting in television series like Law & Order, Friday Night Lights, NCIS and many more. He is also popular for working in films like The Message, Takers.

Personal Life of Gaius Charles; Is He Dating?

Gaius Charles is very much single at the moment. The well-known television actor is focused on his career and it seems like he shares no time for relationships. Moreover, he is never spotted with any girls outside of the reel life.

How much is the Net Worth of Gaius Charles?

Throwing it back to a vacation in #StLucia. Could use another beach day. #TBT

The 35-years-old actor made his acting debut by working in the 2006 American drama series named The Book of Daniel as Carver. Furthermore, he grabbed the attention of many productions by his work and help himself to work in various television series. In fact, he starred in many television series like Friday Night Lights, Law & Order: Special Victims Unit, NCIS, Grey's Anatomy, Agents of S.H.I.E.L.D and Taken.

Charles also tried his hands on the film screen where he ended up starring in blockbuster movies including Takers. Besides, his first film was The Messenger which was premiered in 2009 along with film Toe to Toe. Similarly, he appeared in films Salt and The Stanford Prison Experiment.

Take a look at the Interview of Gaius Charles talking about his Acting Life!