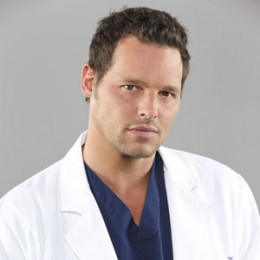 Former fashion model turned actor, Justin Willman Chambers, is better known for Justice League: The Flashpoint Paradox, Grey’s Anatomy, Another World and so on. He is married to Keisha chambers and famous for their everlasting married relationship. They are blessed with 5 children: 4 daughters and 1 son.

Born on 11th July 1970, Justin Chambers is a son of Pamela Sue and John William Eugene Chambers II, both of them are Deputy Sheriffs. He grew up along with 2 fraternal twin brother: Jason and John Jr. and two older sisters in the city of Springfield.

He was passionate about acting from his early days. He joined Southeastern High School in South Charleston, Ohio and later moved to New York City where he studied at HB Studio and Stetson Studio for four years.

Chambers started acting career from soap opera Another World, where he played the recurring role of Nicholas and Hudson in 1995. It was created by Irna Phillips and William J. Bell which has about 35 seasons and 8891 episodes.

Till now, he has played over ten Hollywood movies and has appeared in TV dramas including Seasons of Love and Private Practice. He also starred as Dr. Alex Karev on ABC's Grey Anatomy.

Justin is a former male fashion model who was discovered by a modeling scout in a Paris Metro station and went to a campaign to represent Calvin Klein‘s fragrance.

Besides Calvin Klein, he has worked for brands like Dolce & Gabbana and Armani. During modeling career, he traveled all around Europe, The United States, and Japan.

Chambers married Keisha Chamber, a former model agent of Booker in 1993. The couple first met while Chambers was working for ad campaigns for Calvin Klein and Keisha at a modeling agency.

The husband and wife have been one of the inspiration to many new couples due to their long-lasting relationship. They are blessed with five children: daughter Isabella, twins Maya and Kaila, Eva and son Jackson.

In January 2008, he admitted that he was suffered from a biological sleep disorder and had to admit into Los Angeles’s UCLA Medical Centre where he followed a healthy lifestyle and practiced hot yoga.

The People's Choice Award winner, Chamber has an estimated net worth of $18 million which he earned from his career in acting and modeling.

The husband and wife first met in 1990's. During the time, Keisha worked as an agent for a modeling agency, whereas Justin was a model. The couple started dating and eventually exchanged vows on 1993.

Born in December 1994, Isabella is the first daughter of Justin Chambers and Keisha Chambers.

Born on June 1997, Maya Chambers is one of the twin daughters of Justin and Keisha Chambers.

Born on 1997, Kaila Chamber is the twin sister of Maya.

Born on 1999, Eva Chambers is a fourth daughter of Justin and Keisha Chambers.

Born on January 2002, Jackson Chamber is a youngest and one only son of Justin and Keisha Chambers.