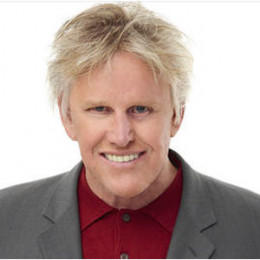 An Oscar-nominated American actor, Gary Busey is one of the very familiar names in the film industry. Till today, he appeared in more than 100 movies and more than 50 series. Some of his famous movies include Lethal Weapon, Predator 2, Under Siege, and Point Break. He received the Academy Award for Best Actor and also grabbed the National Society of Film Critics Award for Best Actor for playing the role of Buddy Holly in The Buddy Holly Story in 1978.

William Gary Busey, born on 29th June 1944 in Goose Creek, Texas is an American and belongs to White ethnicity. Busey is the son of Sadie Virginia (a homemaker) and Delmer Lloyd Busey (a construction design manager) along with his siblings Carol Barraza and David Busey.

Busey finished high school in 1962 from Nathan Hale High School in Tulsa, Oklahoma. Later, he attended Pittsburg State University on a football scholarship despite being interested in acting. He then transferred to Oklahoma State University in Stillwater.

Before starting a career in acting, Busey joined the band, The Rubber Band as a drummer. While in the band, he made many recordings under Leon Russell’s Teddy Jack Eddy.

In 1969, he began to play in the band, Carp and released the first album signed with Epic Records. Soon after that, he started trying in movies and series so fulfill his dream of being an actor.

Busey made his acting debut in Wild in the Streets in 1968 starring Christopher Jones, Shelley Winters, Richard Pryor, Diane Varsi, Hal Holdbrook, Millie Perkins and others. It collected $4 million at the box office.

In 1971, he landed a lead in Angles Hard As They Come, opposite stars Scott Glenn, Glida Texter Charles Dierkop, James Iglehart, Janet Wood and others.

His first TV appearance was in the series, The High Chaparral in 1970 alongside Henry Darrow, Linda Cristal, Cameron Mitchell, Leif Erickson, Mark Slade, Don Collier and so on.

With the struggle to keep himself sober and cheating death after his motorcycle accident, his career went downhill. He only got minor roles in movies. But he managed to bring his career back on track and contributed more than 100 films and more than 50 series till today.

Among all his works, he is best known for the movie, The Buddy Holly Story released in 1978. For his performance in the movie, he bagged a National Society of Film Critics Award for Best Actor and New Generation Award. He was even nominated for the Oscar in the category of Best Actor.

Besides, he also appeared in the Celebrity Rehab with Dr. Drew in the second season. After that, he also competed in the 21st season of Dancing with the Stars where he paired with Anna Trebunskaya but did not win the show. In 2014, he became the first American winner of the UK Celebrity Big Brother in the fourteen season.

Busey is in a relationship with Steffanie Sampson since 2008. Despite the 30 years of age difference between the couple, they are together and share a strong bond.

The couple welcomed their first child, Luke Busey in 2010. Nine years together and they are yet to exchange vows.

Previously he was married to a photographer, Judy Helkenberg in 1944. With his then wife he has a child, Jake Busey who is today one of the successful actor, musician, and a film producers. The couple divorced in 1990.

Following his divorce, Busey began dating an American 90s actress, Tracy Hutchinson and together have a daughter, Alectra Busey who is currently living with her mom.

In 1996, Busey tied the knot for the second time with another 90s actress, Tiani Warden. In 1999, he got arrested for spousal battery, and a year later they divorced.

In 1989 he met with an accident while riding a motorcycle without a helmet. He suffered a fractured skull and took nearly two and a half months to recover.

He also had a drug problem and nearly died of a cocaine overdose. After getting his life back together, Busey shared an incident when he dropped a bag of cocaine on his pet, in a show called Access Hollywood. He said,

"I went in like a cropduster with my nose flying first and snorted the cocaine off the dog."

Busey faced more health issues when a gulf-sized cancerous tumor was discovered in his sinus cavity. Eventually, the tumor was removed and had to go through radiotherapy to recover.

The 90s popular actor, Basey is currently 73 years old and has a height of 6 feet (1.83m). The actor with more than 100 of movies and series might collect a huge net worth which he hides from the public. As per our records, in 1944, he had an estimated net worth of $500k which has certainly increased in the present days.

He also won the Celebrity Big Brother. For his stint on the show, he must have been paid a good sum as other stars like Jedward and Katie Price was paid around £500,000 each and Ray J an astonishing amount of £810,000.

On 30th December, Gary Busey married his photographer wife, Judy Helkenberg but after some years the couple divorced on 20th July 1990 after having a child.

Gary Busey exchanged vows for the second time on 23rd September 1996 with his second wife, Tiani Warden. She is one of the beautiful actresses in 90s. As of 31st August 2001, the couple separated.

On 15th June 1971, Gary Busey and his first wife, Judy Helkenberg welcomed their first child, Jake Busey. Their son is an American actor, musician, and a film producer and is in a relationship with April Hutchonson.

In 1994, Gary Busey parent for the second time after the birth of his only daughter, Alectra Busey by Tracy Hutchinson. After the separation of the parents, she is currently living with her mom and attending Calabasas High being far from the limelight.

Some years after the relationship with his current girlfriend, Steffanie Sampson, the pair welcomed their first child on 23rd February 2010 and named him as Luke Busey. He is currently 7 years old and looks really adorable.