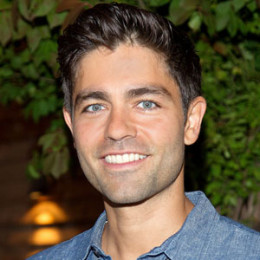 An American actor, producer, musician, director, Adrian Grenier is recognized for his role in the in the several independent films like The Adventures of Sebastian Cole. Also, he is well known for the TV series Entourage as the fictional character Vincent Chase.

He is the unmarried man and he is very secretive about his personal life and he is possibly single. Though recently he stepped out with an unknown female companion in Los Angeles.

Grenier was born on July 10, 1976, in Santa Fe, New Mexico to the unmarried couple John Dunbar and Karesse Grenier. His parents never married and after the birth of Grenier, they got separated. He was raised by his mother in New York City. His birth sign is cancer.

His father was from Ohio and has English, German, and Irish ancestry. His mother was from New Mexico and is of Mexican and French descent. A DNA test on the television series Finding Your Roots showed that Adrian has approximately 8% Native American ancestry and his direct matrilineal line is Native American.

He graduated from Fiorello H. LaGuardia High School of Music & Art and Performing Arts. Then after, he studied molecular biology at Bard College in New York but dropped out to begin a career in acting.

He left Bard College in 1997 to embark on a film career and he made his film debut in the independent drama, Arresting Gena. In 1998, he played a small role in the Woody Allen's Celebrity alongside Leonardo DiCaprio.

After that in 1999, he played the role opposite Melissa Joan Hart in Drive Me Crazy.

He starred in James Toback's a crime comedy-drama-thriller film Harvard Man in 2001. Later he played in an American comedy-drama television series Vincent Chase in Entourage, that premiered on HBO which was concluded after eight seasons in 2011. During the height of the show's popularity, he was nominated for Screen actor Guild Awards and Teen Choice Awards.

As a producer, he began Reckless Productions, a company focused on producing socially minded films. The first film under this banner, which was also his directorial debut, was Shot in the Dark. It is about his journey to reconnect with his estranged father, Dunbar, with whom his mother broke up when he was a child. After 18 years, they reunited and continue to remain in contact.

In 2006, he played the role of Nate Cooper in American comedy-drama film based on Lauren Weisberger's novel of the same name, The Devil Wears Prada.

He produced a television series, Alter Eco, which was premiered in 2008 and the series was broadcast on the Discovery channel.

In 2010 he directed another documentary, Teenage Paparazzo which was premiered at the Sundance Film Festival and aired on HBO, produced by Bert Marcus. The film focused on a 13-year-old paparazzo, Austin Visschedyk, and the celebrity-obsessed world in which he operates.

Adrian founded the lifestyle brand SHFT.com an advocate of sustainable living, in 2010, along with his business partner, film producer Peter Glatzer. The brand promotes sustainability through the film, art and culture, and design through both online and offline. It aims to introduce sustainable ways of life, sustainable ideas, and products into pop culture and inspire modern.

The brand has partnered with prominent brands like The W Hollywood, Virgin America, Ford Motor, AOL/Huffington Post, The Weather Channel, and Estée Lauder. It bagged two Webby Awards for best website in its category in its second year. 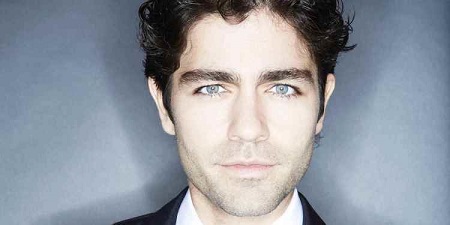 He began working on a full-length feature documentary, How to Make Money Selling Drugs in 2010, with producer Bert Marcus and director Matthew Cooke. The film was spotlight as one of the worst domestic policy failures in America and the documentary film was also featured actual dealers, as well as celebrities commenting on the subject. The documentary was released in 2013 on iTunes and Amazon.com.

A talented personality Adrian Grenier is also a musician and plays drums, bass, guitar, and harmonica. He was a member of two New York bands and lead singer in Kid Friendly and the drummer in The Honey Brothers. In May 2012, he created a recording studio and music incubator named Wreckroom and The Skins was the first band recorded in Wreckroom.

For iPhone and Android mobile platforms in 2009, he launched an eco-themed app—Ecohero—f which has a barcode-scanning technology to help consumers know about different products’ environmental and health impact.

He founded Churchkey Can Company, a microbrewery in 2012 along with former Nike designer Justin Hawkins. He is both advisor and investor to a mobile video app MONTAJ, which allows everybody to create videos and to join small video clips using a smartphone camera.

To inspire empathy and action for protecting the ocean environment and marine life, he founded the Lonely Whale Foundation in 2015 as a platform. An American multinational company, Dell supports his social and environmental efforts including Cry Out: The Lonely Whale Experience and powering his Lonely Whale expedition.

He took on the role as Dell’s first Social Good Advocate in 2015, advocating healthier and sustainable choices through digital storytelling and advocacy. Together Adrian and the multinational company Dell launched the NYC Tech Takeback program to help people in New York recycle their used electronics through Dell Reconnect program.

To advance the company's 2020 Legacy of the good program, he partnered with Dell which helps to advocates the adoption of the circular economy.

Dell and Adrain launched the Legacy of Good Short Documentary Film Contest in 2016, to explore the challenges and benefits of a circular economic model. They have kicked off a study to explore the use of ocean plastics in Dell packaging.

He supports a national nonprofit that aims to restore music education in disadvantaged public schools Little Kids Rock. He is a Board Member at a non-profit that promotes social responsibility and encourages civic engagement React to Film.

A multi-talented personality Adrian Grenier earns a decent amount of money from his professional career. According to The Richest, his net worth is $16 million and he earns $200k per episode of Entourage.

Along with his mother, he purchased a five-unit, four-unit townhouse in the Clinton Hills. The house costs $2.085million. He has his own luxurious car Ferrari 575m Superamerica which prices range from $305K-$315K.

He has also directed, produced many films which have a significant collection at the box office. Some of the movies and their box office collection are given below:

Grenier was romantically linked with Joan Hart, co-star of Drive Me Crazy in the late 1990s and after the one year, the duo separated in 1999.

After the separation with Joan Hart, he was not seen dating anyone for several years. Later from 2005 to 2008, he was in a relationship with Melissa Keller for three years and the pair broke their relationship due to the personal reasons. 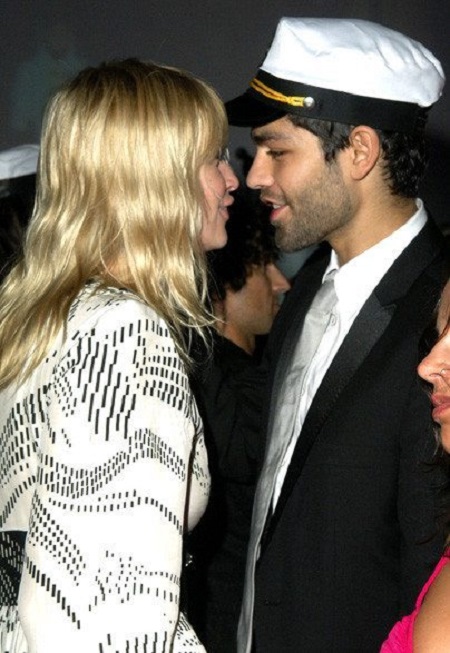 However, after one year he started a relation with Emily Caldwell in 2009 and they separated after more than four years. He dated many girls but he never had a serious relationship with anyone.

As per the sources, in 2018 he is reportedly dating Jordan Roemmele, a project manager for Aero Pioneer Group, a company that provides air services for NGOs and governments. They enjoyed a holiday together in Sydney. Grenier was pictured enjoying a smoothie as he stepped out with Jordan Roemmele in Los Angeles.