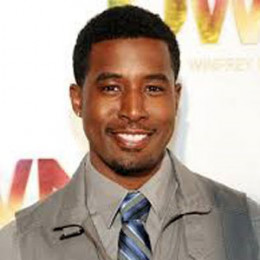 Gavin Alexander Houston well known as Gavin Houston is an American actor, model, and a producer as well. He is famous for portraying the character of Remy Boudreau on the CBS daytime soap opera Guiding Light from 2002 to 2006. Moreover, Houston also gained fame for his role as Jeffrey Harrington in TV series The Haves and the Have Nots. He is married to his long-time girlfriend whose personal detail is under wrapped.

Born on December 10, 1977, in Brooklyn, New York, United States, Gavin grew up with his sibling Tonza. He is the son of Lloyd Houston and Colette Houston.

After graduating from the University of Florida, he moved to the Manhattan Theatre Club and studied acting based in New York City.

Gavin belongs to American nationality and ethnicity wise, he is African-American.

Gavin Houston began his acting career when he was at the University of Florida at the age of fifteen. he debuted in the television series The Cosby Show in 1992, which premiered on September 20, 1984, to April 30, 1992, on NBC and ran for eight seasons.

Gavin Houston featured on television soap opera Guiding Light in 2002. He received immense fame from the TV show. Moreover, he also featured in a number of TV shows including The Bay as Tony Foster, The Singles Table as Rick, Minkow as Hulking Jock.

In the year 2011, Gavin Houston appeared in prime-time television series The Haves and the Have Nots along with Peter Parros, Tika Sumpter, Eva Tamargo, and Angela Robinson as well.

As an actor, Gavin Houston has earned a good amount of salary, and his net worth is believed to be more than $1 million. Besides this, his movies did a quite impressive job at the box office.

The 39-year-old, Gavin Houston has maintained secrecy regarding his personal life. However, he was in spotted in several public places with his daughter. But, he hasn’t mentioned any information regarding his wife.

Houston has a strong relationship with his daughter. He also said in the interview with Tyler Perry that his daughter is his inspiration and has always promoted as well as motivated him in every situation.

Moreover, Houston might have adopted or surrogated his daughter. Some sources claim that Gavin is gay. However, there is no evidence to prove his sexual orientation.