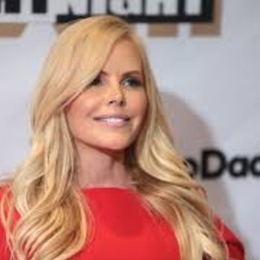 Gena Lee Nolin is a prominent figure in the acting business. She is famous for her role in the hit TV series, Baywatch. Besides being a TV actress, she is also an author and a model.

Married to a Hockey player

Gena Lee Nolin exchanged vows with Cale Hulse on 3rd September 2004. Cale plays as a Defenseman for the Phoenix Coyotes.

The duo met for the first time through a blind date in 2003. A mutual friend suggested them to meet up. She wasn't really looking for anything serious and thought it would be a waste of time to go on a dinner date. And instead, they decided to meet on a coffee date at Starbucks coffee.

Despite her earlier intentions, she actually found herself falling for him. Hulse then scored a second date with the Baywatch hottie the very next day. 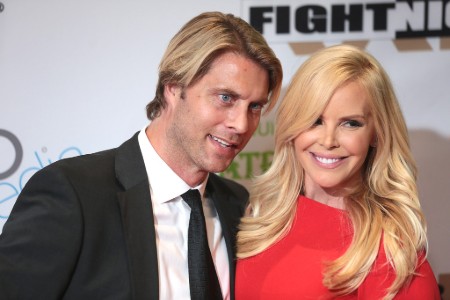 Gena Lee met through a blind date and went on a coffee date in Starbucks. SOURCE: Flickr

After a year of dating, they kissed and were pronounced husband and wife at the Royal Palms Resort and Spa in Phoenix. Gena's Son Spencer was the one who walked her down the aisle.

They even gave out Starbucks gift cards to the 110 wedding guests. It seems the coffee at Starbucks really worked out for them.

Spencer born June 3, 1997, is the offspring of Gena and her ex-husband Greg Fahlman. Gena admits that Spencer was unplanned and she had no idea she was carrying a baby until later. She got pregnant while shooting for the 7th season of Baywatch. 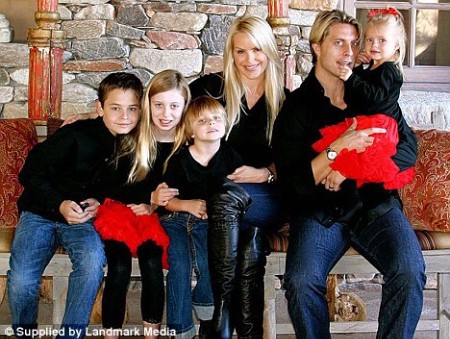 Gena and Cale share two children together. Their older son Hudson was born on 9th April 2006, and younger daughter Stella was born in 2008.

Gena Lee is a stepmother to Caia Hulse, Cale's daughter from his previous marriage.

After David, she was in a marital relationship with Video Producer, Greg Fahlman. The two tied the knot on November 27, 1993. She first crossed path with the producer when she was distributing flyers. 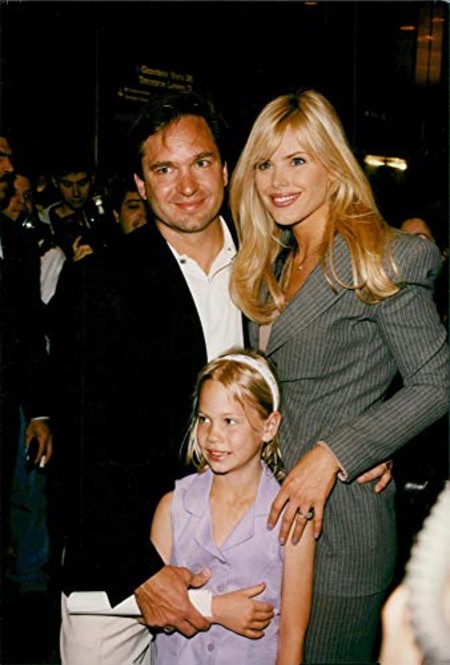 Gena Lee with her ex-husband Greg and daughter SOURCE: PicClick

Having dated Greg for 2 years and then being married for eight, their journey as husband and wife ended in the year 2001.

She stated that their relationship was rather like that of business partners rather than a married couple. They later consulted each other about their situation and decided that their seperation was the best idea.

Lee stated that there were no extra-affairs involved in their divorce, and they solely split for the best of each other.

Her Struggle with Thyroid Disease

The Baywatch star suffered from Thyroid disease for more than a decade before discovering her condition. It took some time for the symptoms to show up on the reports as well. The disease disrupted her bloodstream and metabolism, which caused her to gain weight and grow weary quickly.

After she was pregnant with her third child Stella, she told her doctor about experiencing random increases in the heart rates.

Her report led the doctors to cross-check her hormone level and five months after giving birth to her daughter; she was finally diagnosed with Thyroid. 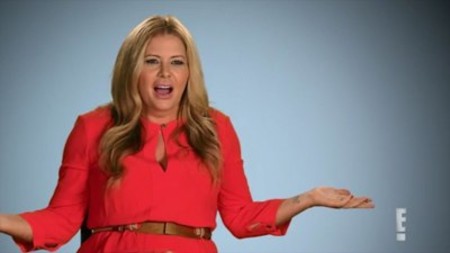 Gena Lee Nolin was suffering from thyroid disease, which caused her to gain weight.

After taking medications, Gena was able to take control over the disease, however, her specialist told her that she might need to stick to her medications as the disease is progressive and may worsen.

Her struggle with the disease led her to take the matter to social media. She created a facebook page named Thyroid Sexy. Then she noticed her page growing and saw other people share their own stories. 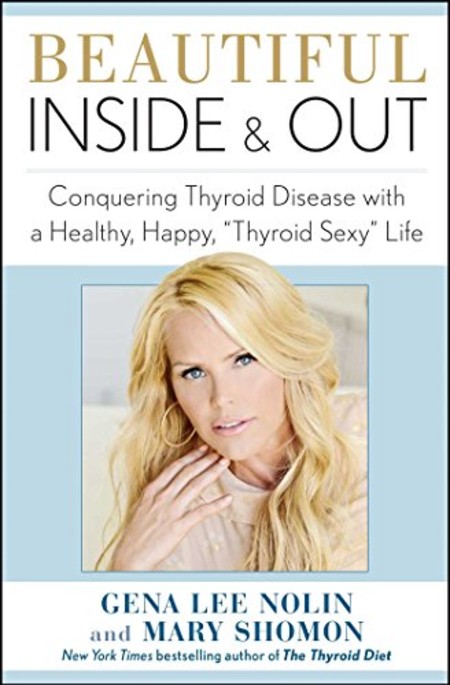 Gena's Published a book called "Beautiful Inside & Out." SOURCE: Amazon

It inspired her to write her own book called "Beautiful Inside Out" with Simon & Schuster.

Take a look at Gena talking about her book!

The book is the most extensive, user-friendly handbook for any person battling with thyroid disease. The book was published on October 8, 2013.

Nolin has a net worth of $1 million. Gena is famous for appearing in the series, Baywatch alongside, David Hasselhoff, Nicole Eggert, and Traci Bingham. She made an appearance in the Playboy magazine.

The models, on an average, are given a paycheck of $25,000 for posing for the magazine. She worked in "Price is Right" before getting a role in Baywatch.

For all the information about your favorite celebrities stay tuned to Married Wiki!!!

She was married to his first husband for only a month and a day. She has yet to reveal the reasons for her short marriage,

The duo dated for 2 years before getting married. And after being in a wedlock 8 years, the couple ended their relationship after a peaceful talk with eachother.

They started dating after a blind date arranged by a pal. They hit it off in their first date and later got married.

He is the eldest child. He was unplanned and was later given a role in Baywatch, the TV series his mother was working on.

Stella is the younger daughter of the couple. Stella can be spotted with her mother in her Instagram posts.

Hudson is the older kid child of the couple. The mother and son's love for each other is flaunted in her social media.

Caia is the youngest daughter in the family. She is the kid of her father's past marital relationship.