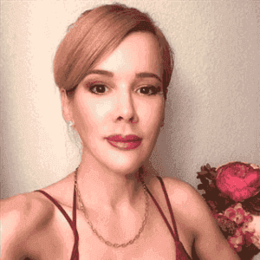 Most people gain fame with their hard work; however, some of them rise to the stardom because of other's popularity. The same is in the case of Genevieve Gallen, even though she is the former model. In addition, she is also a yoga teacher. Gallen came to spotlight after tying the knot with Verne Troyer, the late American actor.

Unsuccessful Weddingbells With Her Spouse

Age and height do not matter in love. You may not believe that one falls in love with the other whose height is double of own. Well, we have an example to prove it true that height won't be a barrier in love. 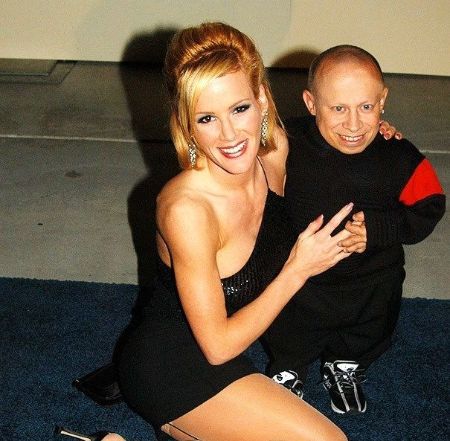 A former model, Genevieve Gallen, was in a relationship with her late ex-spouse Verne Troyer aka Mini-Me or Mini-V. Gallen is 1.68 m or 5 feet 6 inches whereas, Troyer was just 81 cm or 2 ft 8 inches tall.

Before getting hitched, the former husband and wife dated for quite long. They first met one another at Hugh Hefner's Playboy Mansion in Los Angeles. At their first meeting, the duo introduced each other. 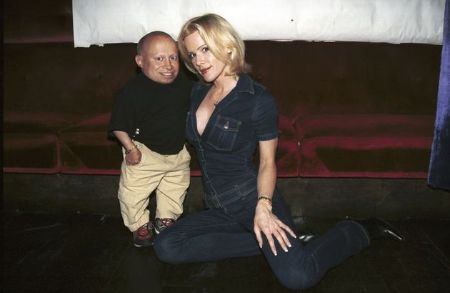 Ever since then, their romance began. They, however, faced several ups downs in their relationships. As a result, in 2002, they broke up. Some sources claimed that the late comedian, Verne did not take the heartbreak easily, and he almost killed himself.

Later, the lovebirds again reunited, and shortly, they decided to take their relationship to the next step. So, in the summer of 2003, Troyer got down to one knee and popped up a question with an engagement ring. Gallen accepted the proposal, and finally, the duo engaged. 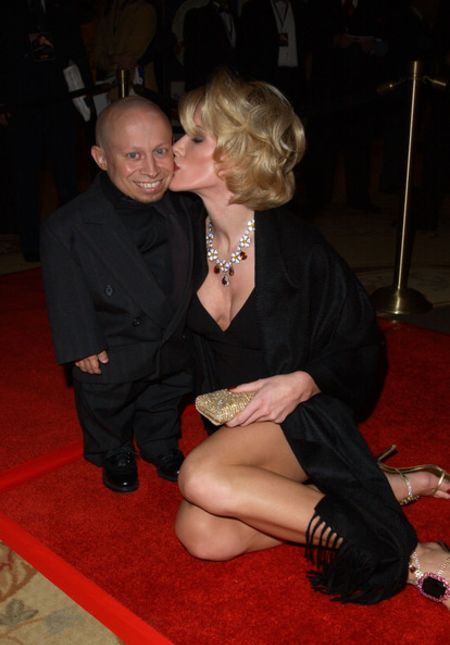 Further, a year later, their engagement, Genevieve and her fiance, walked down the aisle on 22nd January 2004. They married in Los Angeles Superior Court. Moreover, the newlywed couple had further planned to have a bigger ceremony in the presence of their close friends, relatives, and family on Valentine's day.

Unfortunately, their dream remained just a dream as they parted their ways within less than two months. They annulled their wedding on 23rd February 2004. Verne was the one to file for divorce citing "unsound mind" and "fraud." 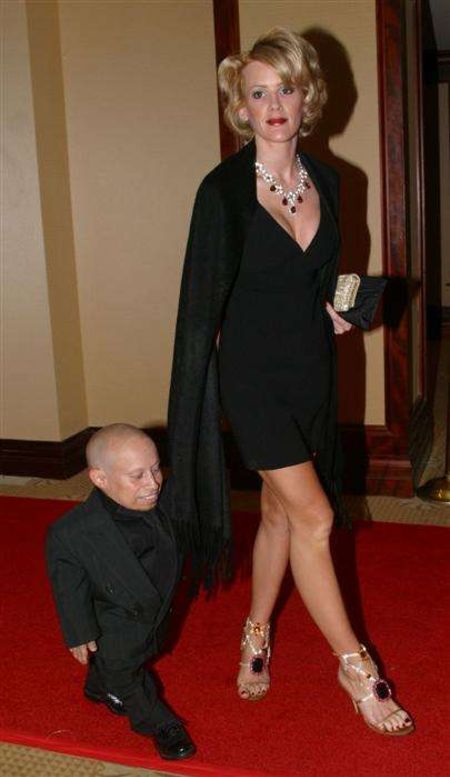 As per the source, Troyer revealed the reason behind their split was they never planned to marry. According to him, Gallen got hitched for her own financial gains.

On the other hand, Gallen said that Verne abused her. She also claimed that she was hit by a vodka bottle on her head.

After the divorce with her beloved late husband, Genevieve Gallen remained away from the spotlight. She made rare public appearances. Since her split, there are no rumors of her affairs. Furthermore, she is never spotted hanging out with any guys on the public; thus, it is not known whether she is single or already taken.

Besides, her late ex-spouse dated a few girls. He was in a relationship with Brittney Powell until his sudden death in 2018.

Verne Troyer passed away on April 21, 2018, in Los Angeles, California, United States. At the time of his death, he was 49 years old. Initially, the cause of his death wasn't revealed; however, it was later reported to be possibly a suicide. 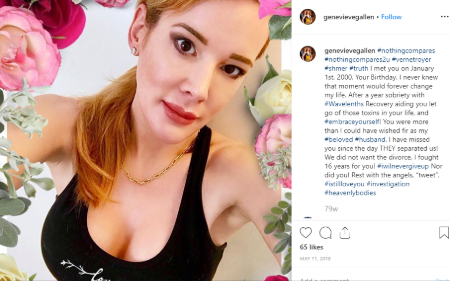 As per the post-mortem, very high alcohol levels were found in his body. His funeral took place at Colon United Methodist Church Columbarium in Colon, St. Joseph County, Michigan.

His ex-wife Genevieve Gallen also expressed sorrow towards him via Instagram post. She also recalled the moment they met and the time she spent with him through the caption.

Genevieve Gallen summons an astonishing amount of money from her thriving career. As a former model, she modeled for different agencies and magazines for which she probably received good paycheques.

Similarly, she is also a yoga teacher. On average, a yoga instructor in the United States earns $30 per hour and $23,400 per year. Hence, Gallen probably holds a net worth in a few millions.

Keep in touch with Marriedwiki for more celebrity Biography and News!!!