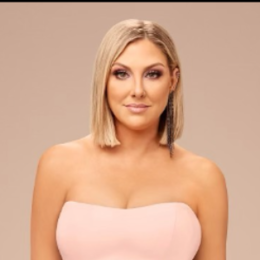 Gina Kirschenheiter is an American reality television personality best known for appearing on The Real Housewives of Orange County. She joined the show in 2012. Besides, Kirschenheiter starred in a few Watch What Happens TV series episodes.

Gina Kirschenheiter is currently enjoying a useful Life with her present boyfriend, Travis Mullen. She has been dating Mullen since 2019. The lovebirds have started living together for over four years. In addition, Gina does not lag behind in flaunting their chemistry on her Instagram handle. 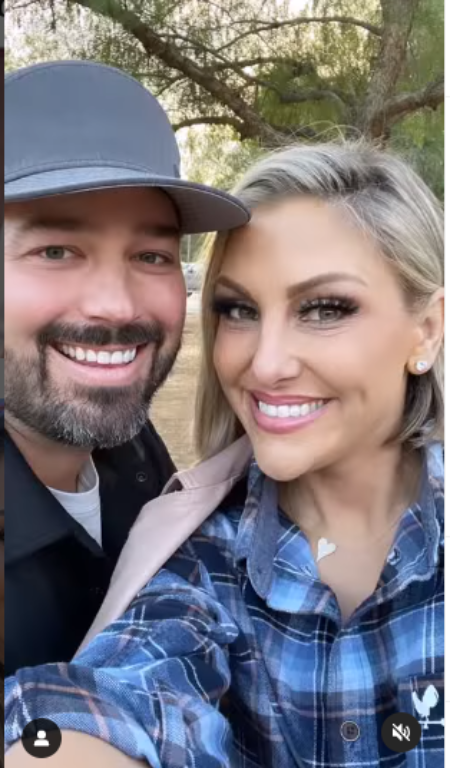 Kirschenheiter has moved in together with Travis Mullen after six months of dating. Like Gina, Travis has three children-two daughters and a son- ages 10,8, and 5 from a past affair. The family of eight currently lives in a modest home in the United States.

After eight years of marriage, Miss Kirschenheiter,37, filed for divorce against Matt in April 2018. Though the couple shortly rekindled their love, the now-exes decided to go separate ways, followed by an intense argument in June 2019. 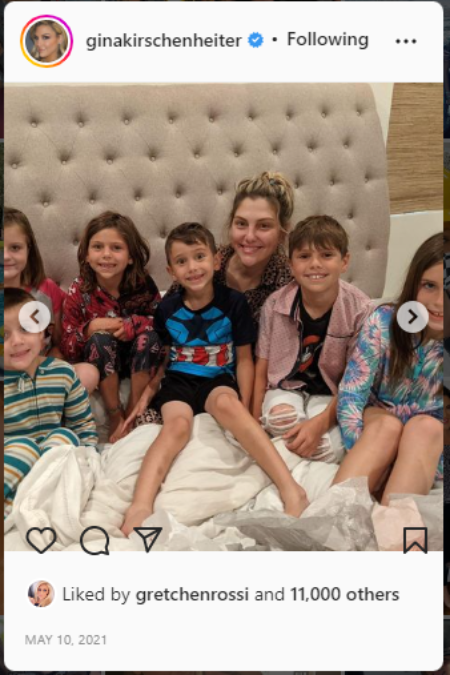 According to sources, Matt physically assaulted his baby mama and threatened to kill her while the kids were in another room. After arrest, Matt was charged with two felony counts of domestic violence and later pleaded not guilty.

Gina Kirschenheiter has three children, Sienna, Nick, and Luca, with now ex-husband Matt Kirschenheiter. After visiting an orthodontist for an appointment, the dup have reached the final point in their co-parenting journey.

Gina Kirschenheiter possesses a net worth of $1 million as of 2022. She bags a huge amount from her successful career as a reality television star and an entrepreneur. Her primary source of income is the skincare brand "CaraGala" and the TV show "RHOC". 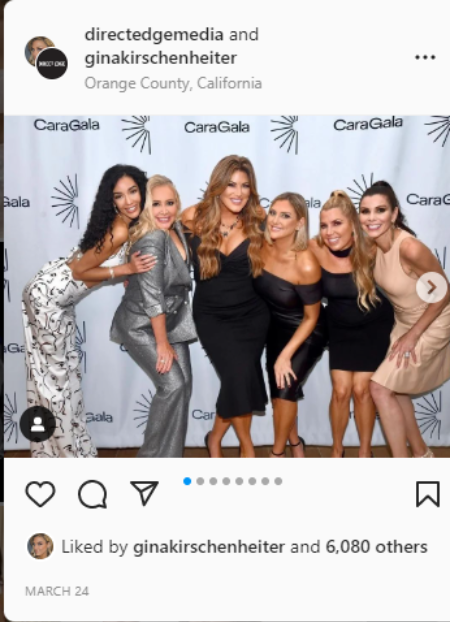 Apart from RHOC, Kirschenheiter has been known for her appearance in a few episodes of the chat show, apple podcast "Watch What Happens: Live". WWHL Podcast started its show in 2009 and currently, it is in season nineteen. Gina worked with host Andy Cohen and Dr. Jen Armstrong.

Gina promoted her skincare brand Carahala in 2022 on The Real Housewives of Orange County's latest episode. The expensive reality tv star claims to have used her beauty products for nearly two years. It has transformed her face into visibly brighter, clearer, and softer skin with few breakouts.

Check out the clip of Gina Kirschenheiter's starred show RHOC!

Caragala's regiment bundles cost $160, while the 100% Hyaluronic Serum costs $48. Though Gina created the product to inspire women to radiate confidence, the mother to three seems uncomfortable and self-conscious.

Gina Kirschenheiter has been providing 15 percent off for those who sign up for the company's email subscription. In addition, free shipping is available if one can spend over $50 on the website.

Gina Kirsenchenheiter was happily married to Matt Kierschenheiter for nine years, They married in 2010 and split in 2019.