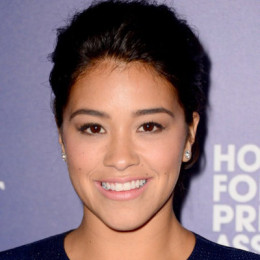 Gina Rodriguez is an American actress best known for her roles as Beverly in The Bold and the Beautiful, as Majo Tenorio in Filly Brown and as Jane Villanueva in the comedy-drama series Jane the Virgin. She is the daughter of Magali and Genaro Rodriguez, a boxing referee. She attended St. Ignatius College Prep and NYU's Tisch School of the Arts. She was accepted in Columbia University's Theatrical Collaboration among various candidate at the age of 16.

Since the age of nineteen, she suffered from a thyroid condition. Besides her acting and television roles, she is a beautiful lady who has a lot of fan followers willing to be on her side but it's bad luck because she is currently in a relationship with her boyfriend.

Gina Rodriguez was born on 30 July 1984 in Los Angeles, California to the family of Magali and Genaro Rodriguez. She belongs to Puerto Rican descent. She is the youngest child among the three.

She grew up in a sound environment with her two sisters Rebecca Rodriguez, a doctor and Ivelisse Rodriguez Simon, an investment banker. She studied at St. Ignatius College Prep. She has a keen interest in dancing and that's why she took a salsa class and performed at Fantasia Juvenil. 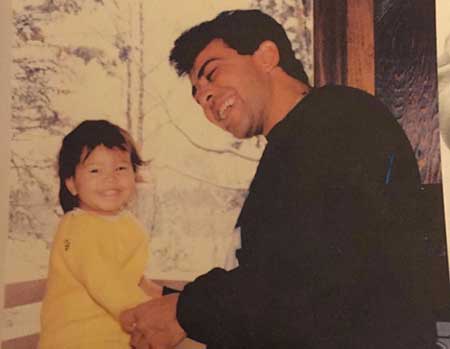 She was selected to join Columbia University's Theatrical Collaboration among 13 members She also attended NYU's Tisch School of the Arts. She completed her Bachelor's degree of Fine Arts in 2005.

She suffered from a thyroid condition called Hashimoto's disease since she was 19 years of age.

Rodriguez, 33 started her professional career playing a role in an episode of Law & Order in 2004. Since her debut performance, she appeared in some TV series including Army Wives, The Mentalist, and Eleventh Hour.

She starred in a recurring role of Beverly in the soap opera, The Bold and the Beautiful in October 2011. The next year, she landed in the independent musical drama movie Filly Brown. She received a lot if critical acclamation from her role in the film.

In 2013, she joined the cast of Sleeping With The Fishes. In August 2015, she co-hosted the 2015 Teen Choice Awards with Josh Peck and Ludacris.

She gave her voice in the animated movie The Star in 2017. She played the role of Anya in the science fiction thriller movie Annihilation with Natalie Portman.

Furthermore, Someone Great, Untitled Miranda July Project and Miss Bala are her upcoming projects in 2019.

Apart from her role in TV and movies, she's been seriously involved in various charities activities. She became the member of the HSF (Hispanic Scholarship Fund) Board of Directors in March 2015. It is a non-profit organization working for the higher education of Hispanic American.

She was declared the partner of Naja, a lingerie line in October 2015 aimed at helping women and the surrounding.

Rodriguez received Imagen Award and ALMA Award for her role in Filly Brown. She received Young Hollywood Award being Rising Star of the Year in 2014.

She received Golden Globe Award and EWwy Award in Best Actress in a comedy series for Jane the Virgin. In addition, she also grabbed Imagen Awards for Best Actress- Television for the same TV series. 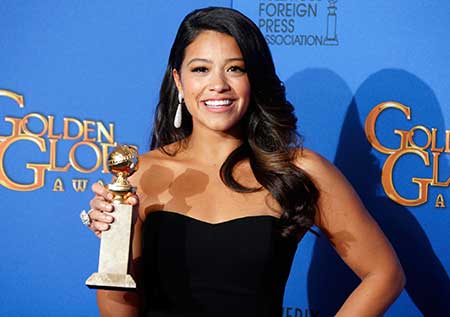 The American actress has an estimated net worth of about $5 million at present. She bought her first home in Los Angeles in late 2017. She was very excited to give the inside look of her sweet home with her fans back in October the same year.

Back in August 2017, she admitted via a Twitter post that 'she doesn't have a car'. Further, she asked recommendation from her fans which one to purchase in the future.

Gina is currently dating her boyfriend, fellow actor Joe LoCicero. The two have been reportedly become an item since late 2016 after meeting on the set of her hit CW show Jane the Virgin. They frequently appear in each other's social media posts. 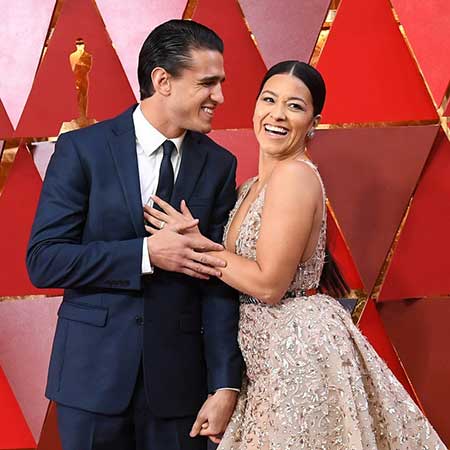 The couple made their red carpet debut at the 2017 SAG Awards. She confirmed in an interview with US Weekly on 7th August 2018 that the heavenly pair got engaged.

Previously, she was in a relationship with Cuban-American actor Henri Esteve. They dated for almost a year and split apart in September 2015.