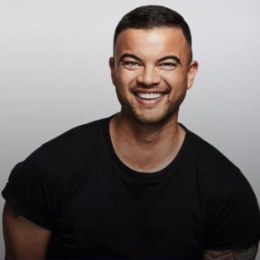 An Australian R&B Pop singer, Guy Sebastian is best known for winning Australian Idol Season 1 in 2003 and went on to become successful in Australia and New Zealand. Many of Sebastian's singles have reached platinum as well.

Singer Guy Sebastian married the love of his life, Jules Egan Sebastian, on May 17, 2008. The singer turned his romance into an engagement in 2007 after seven years of courtship. After the engagement ceremony, the wedding of Guy and Jules took place at Manly, New South Wales in May 2008. 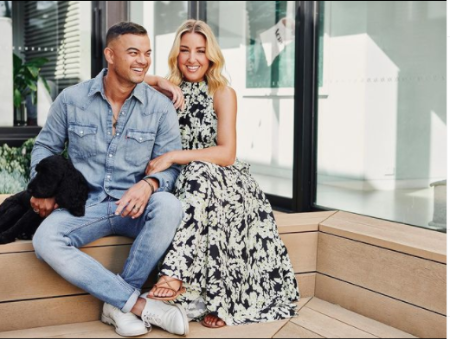 The Australian Idol judge first met Jules Egan when they were 13 at a church group in Adelaide. At the time, it wasn't love at first sight. Indeed, Guy's relationship with Jules started from humble beginnings.

Likewise, their romantic journey began in 2003 when both of them auditioned for Australian Idol Season One. Today, Guy and Jules set an example of Hollywood's power couple. 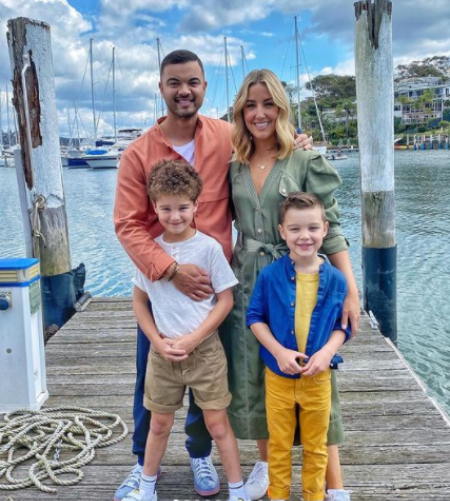 Guy Sebastian is a father to two sons. SOURCE: Instagram

The Australian R&B Pop singer, Guy Sebastian, has a net worth of $11 million as of 2021 and earned his wealth from his career as a singer. Sebastian indeed came to the limelight after winning the Australian Idol Season 1 in 2003.

Post winning Australian Idol, Guy released several albums and many of them topped the charts along with having seven of his music album being ranked platinum. Regarding singles, Sebastian released altogether six no. 1 hits.

Notably, his single Battle Scars reached 11 times platinum. And, it's no surprise, Guy is considered one of the most wealthy and successful Australian Idol winners of all time. Beyond his solo career, Sebastian collaborated with Lupe Fiasco, Jordin Sparks, Eve, Robin Thicke, and many other high-profile artists.

From 2010 to 2016, the R&B Popstar also served as a judge for Australia's version of the "X Factor." Likewise, in 2015, Guy participated in the Eurovision Song Contest and finished in fifth place. At present, he serves as a coach on the reality show "The Voice Australia."

Guy Sebastian bought a $3.1 million home in Maroubra, Sydney, in 2013. Guy's property features a tennis court and a heated pool. The singer-songwriter actually earned the lavish home in an auction. In addition, his financial adviser helped him get the house whose bidding started at $2.5 million. Not to mention, the lavish resident is built across two separate lots, which stand at 1,336 square meters.

Guy Sebastian married Jules Egan in 2007 after dating for several years. At present, they are parents to two kids.

Hudson Sebastian is the second child of Guy Sebastian and Jules Egan. He was born on 17 April 2014.