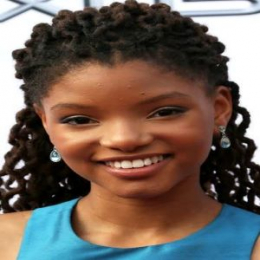 Halle Bailey is a rising name in the Hollywood who is recently announced to play the lead character of "Ariel" in the live action movie of Disney's "The Little Mermaid". Before transitioning into movies, she started her career in youtube with covering songs of famous artists. She has also worked in television and is famous for playing the character of 'Sky Forster' in TV series 'Grown-ish.'

Is Halle Bailey Dating? Know more about her Relationship Status and Personal Life

The young R&B singer and actress, Halle Bailey is not dating anyone and is currently single. In fact, she stated in an interview that music is her love and currently is totally focused on her music. 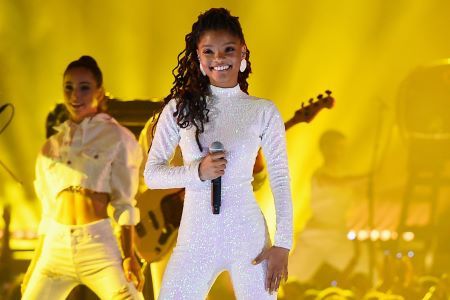 The singer further added that she is focusing on her herself and stated:

"I feel like that’s the first step in all of this — truly loving yourself and your skin and your melanin before you can love anyone else or let anyone love you. It’s self-love that comes first."

What is Halle Bailey's Net-worth? Know more about her Earning and Salary.

Halle Bailey net-worth is $900 thousand -$1.2million. She started her career on Youtube with sister Chloe Bailey. Their channel 'Chloe x Halle' has over 1 million subscribers and earns $1.5 thousand- $24.5 thousand per year.

After gaining popularity in Youtube, Halle transitioned into movies and TV Series. She started with minor roles in movies Last Holiday and Let it Shine. Currently, she is playing the role of Sky Forster in TV series Grown-ish. The average salary of a TV actress is $1,500 per episodes and roughly earns $150,000 -$300,00 per year.

The biggest project of her life is going to be the role of Ariel in Disney's  next live-action adaptation of “The Little Mermaid.” Bailey will be joining fellow cast members Jacob Tremblay and Awkwafina, and also possibly Melissa McCarthy in the role of Ursula.

This movie is not only going to bring her recognition but also she will be raking some good amount in salary. The average salary of a Disney actor is $63,109 -$72,744.

Halle Bailey was born as Halle Lynn Bailey on March 27, 2000, in Atlanta, Georgia, the USA. Her father name is Doug Bailey and mother is Courtney Bailey. She grew up with her older sister and singer Chloe Bailey. She is of American Nationality with African-American Ancestry.

happy father’s day to our amazing dad we cherish you not only today but for the rest of our lives thank you for everything you’ve taught us about independence and our value as young women. we love you forever

Along with her singing and acting career, she is also pursuing her education. She is currently attending college with her sister.