Depending on one's satisfaction and happiness, the attainment of success can be defined in various viewpoints. And for Hanna Mangan-Lawrence, just doing what she loves, which is acting and performing on the camera in itself, is a dream come true. Not only did she fulfilled her childhood dream, but she also gave spectacular performances on television like 'Bed of Roses,' 'Spartacus: Vengeance,' 'Containment.'

Hanna Mangan-Lawrence is in matrimony with her producer husband, Omar Bustos. The duo came out as lovers in 2018. 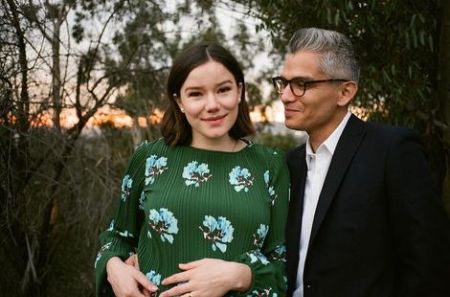 Not long after that, the couple walked down the aisle on the even of Christmas, December 24, 2018. Alongside her beau, she posted pictures with a caption "married my best friend." The newlyweds are enjoying the best days of their post-marital life.

In 2016, rumors began circulating that Hannah was dating her "Containment" co-star Chris Wood. But neither of the celebrity confirmed that they were in lovey-dovey.

Gave Birth To A Child!

On August 25, 2019, Hanna announced that she was pregnant and along with her partner, was expecting a baby in 2019. She shared an ultrasonic image of her unborn child on her Instagram.

Finally, on March 07, 2019, the "Old School" star and her spouse welcomed their kid, a son, Roman Wilder Bustos. Their baby boy came only two months after their wedding ceremony. 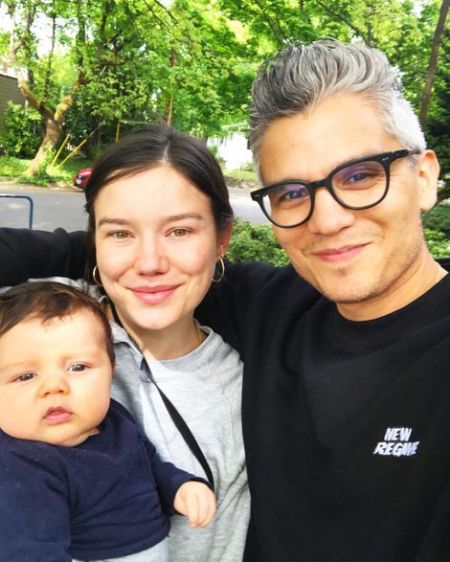 At present, the actress is taking a hiatus to spend more time and care for her child. Hopefully, she will be back on the screen to entertain the audience soon!

On-screen, the 1.66 meters tall star, was the leading cast member of "Bed of Roses." In the Australian comedy series, she played the role of Holly Atherton alongside Kerry Armstrong, Julia Blake, and Caroline Gillmer. The series aired for three seasons lasting 26 episodes.

Check out the clip of Hanna Mangan-Lawrence featured T.V. series, "Bed of Roses"!

The London born actress also played as one of the main characters, Seppia, in the "Spartacus" season 2 "Spartacus: Vengeance." Similarly, she shared the screen alongside Liam McIntyre, Manu Bennett, Peter Mensah, Cynthia Addai-Robinson.

Interesting Things About The Australian Based Actress

Hanna Mangan-Lawrence is in matrimony with her producer husband, Omar Bustos. The pair exchanged vows in the gathering of their families on December 24, 2018.

Actress Hanna Mangan-Lawrence and her partner, Omar Bustos share a son Roman Wilder Bustos who was born on March 07, 2019.