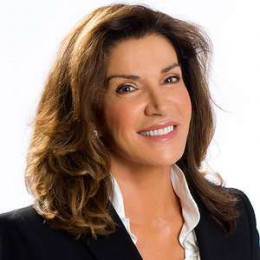 Hilary Farr is an international home designer and co-host of 'Love It or List' It' alongside David Visentin. She has gained fame as a property designer and designed various properties around the world, including Australia, UK, and the US. Farr has made an appearance on various TV shows, including ETalk, Brother Vs. Brother, The Merilyn Denis Show, Fox News Channel, HuffPost Live, This Hour Has 22 Minutes and much more. In 2008, after going through audition she was hired as the co-host of 'Love It or List It', the show is broadcasted on HGTV. She also launched her own brand named Hilary Farr's Designs. She has also made a minor appearance in movies under the name of Hilary Labow, such as Never Mind the Quality, Feel the Width, City on Fire, The Return, The Rocky Horror Picture Show, Sex Farm, Layout for 5 Models and Legend of the Werewolf.

Hilary Farr was born in Toronto, Ontario. She was raised in London, England.

She had a keen interest in theatre and interior design. She used to help her mother to decorate her childhood home. Her parents were very supportive.

Farr started her professional career in Los Angeles where she bought various properties and renovated them. She renovated many movies and TV show sets working part-time.

Meanwhile, she made small appearances in some movies including The Rocky Horror Picture Show, City in Fire, The Return, Never Mind the Quality, and Legend of the Werewolf. Also, she performed a singing role in Grease in London in 1973.

Alright Tuesday, let’s do this What have you all got going on today? Anything fun?

She is best known to renovate properties in the UK, California, New York, Australia and also in Toronto. She worked for some famous celebs including Jennifer Hudson and Jenna Elfman.

Farr signed a deal with Love It or List It by the W Network, Corus Entertainment, and Big Coat Productions along with David Visentin. She makes frequent guest appearances at the Canadian International Interior Design Show and The Marilyn Denis Show. She is a regular contributor to the Huffington Post.

She is also a guest and design expert on CNN and USA Today. She appeared in Ross Petty's stage version of Sleeping Beauty at the Elgin Theatre in 2016.

She is now the president and founder of 'Hilary Farr Designs', an interior design company. The firm was founded over 15 years ago.

Hilary Farr's estimated net worth of about $8 million at present.

The couple has a son. They finally decided to live separately with official divorce years back. 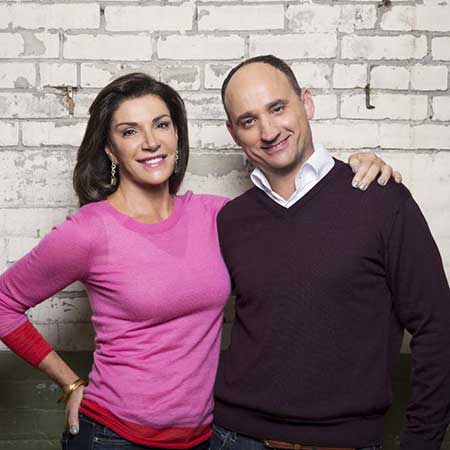 Gordon is now living a happy married life with his wife Krista Grycko-Visentin. The duo tied the knot on 7 October 2006. The couple has an adorable son born in 2010.

Though the couple divorced, they are still good friends. They have been working together co-hosting the hit show 'Love It and Lis It' for more than six years.

The couple divorced after having one son. The reason was private and never disclosed to the media.