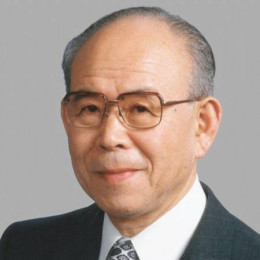 Japan's scientist, Isamu Akasaki, was a Nobel Prize-winning scientist for his revolutionary LED Lamps. He took his last breath at 92 on April 1, 2021.

Talking about his personal life, Isamu Akasaki continued to live a beautiful life with his true love of life, Ryoko Akasaki, until he died in 2021. She was with him when he was awarded the Nobel prize too. The pair fell in love and decided to take their relationship to the next step. Isamu has never faced a divorce. 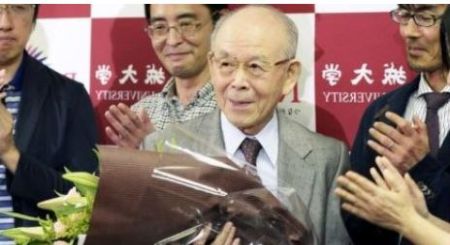 Not to miss, Isamu has not publicized any information regarding his children. He has not revealed all the information about his personal life, but according to him, his wife has always been very supportive. Like him, other scientists like Heidi Cullen, Elanie Mason, and Cameron Hamilton is also secretive about their personal life.

Till now, the Nobel prize winner didn't involve himself in any controversial situation that could ruin his career. Sadly, Isamu died at 92 on April 1, 2021. He was suffering from pneumonia and left behind his family. Dr. Akasaki had his last breath at the hospital in Nagoya, Japan.

A Japanese scientist who is widely known for inventing the bright gallium nitride p-n junction blue LED. In 1952, he graduated from Kyoto University. He has achieved a doctorate in Eng. degree in Electronics from Nagoya University. His net worth was estimated to be $2 million.

In the late 1960's Isamu started his career by working on GaN-based blue LEDs. He worked at Matsushita Research Institute Tokyo, where he worked to improve the quality of Gan crystals and device structures. Later in 1985, his group succeeded in growing high-quality Gan on sapphire.

Additionally, Isamu has been awarded the Kyoto Prize in Advanced Technology and the IEEE Edison Medal for his big achievements. He also won the 2014 Nobel prize in Physics with his colleague Hiroshi Amano and Shuji Nakamura, one of his greatest achievements.

She was with him when he was awarded with Nobel Prize. Her picture along with him can be found in different sites.