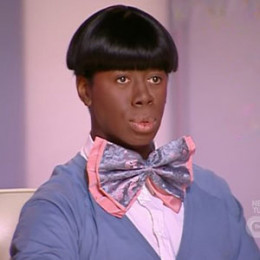 J. Alexander is a runway coach as well as American reality television personality most recognized as a former judge on America's Next Top Model. He has featured as a model in several brands and also by many famous designers. From his amazing career, he has earned an impressive net worth and salary. Besides, when it comes to his personal life, he is single as of now.

J. Alexander was born Alexander Jenkins on April 12, 1958. He was born to Julius and Mary Jenkins in south Bronx, New York City. He developed the interest in modeling after meeting Monique Pillard, the president of Elite Model Management.

Jenkins began his career at an early age walking for designer Jean Paul Gaultier in New York City. Later he began to give Tyra Banks a walking lesson after meeting her at the back stage of a runway show.

He started his professional career as a runway coach in 1991. His work got recognition after coaching supermodel Naomi Campbell and Kimora Lee Simmons. He then got an opportunity to collaborate with Nadja Auermann, Claudia Mason, and Julia Stegner.

Throughout his career, he has worked with popular designers such as Herve Leger, Lars Nilsson, Bill Blass, Valentino, John Galliano, Chane, Alexander McQueen, and Nina Ricci.

Afterward, Jenkins featured on the television program America’s Next Top Model as the runway coach. He also appeared as a judge in cycle 5. He became the permanent judge as of 14 Cycle of the show.

He got the nicknamed Miss J given by the contestant of cycle 1 Robin Manning. Alexander along with Jay Manuel was referred to as The Jays, The Two Jays or Mr. and Ms. Jay when they made their appearance together in the show. In 2008 they featured on a show to make over Plain Janes entitled Operation Fabulous.

In 2008 he featured in Finland’s version of ANTM Suomen huippumalli haussa. He also appeared on Britain's Next Top Model in 2009 and 2011 final. In 2009 he won the Teen Choice Awards.

In 2012 he along with Nigel Barker and Manuel was fired from America’s Next Top Model by Banks. Other than that he is also interested in designing. He often made his active participation in several charity events. In addition, he wrote Follow The Model: Miss J’s Guide to Unleashing Presence, Poise, Power in 2010.

Jenkins along with his ex-boyfriend donated sperm to a French lesbian who longed for a child. On The Tyra Banks Show, he revealed that he has a son named Boris and his ex-boyfriend is the biological father.

Once, Alexander was rumored to be dating gay fashion designer Jay Manuel. The couple is yet to confirm their relationship. So, as of now, he is single.

As a runway coach and judge featuring in several national and international fashion shows, Alexander earns quite a decent amount from his career. His current estimated net worth is $3 million.