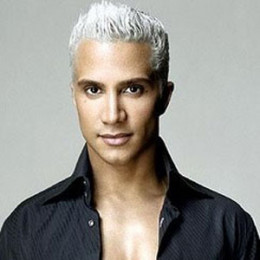 Jay Manuel was born on 14 August 1972. He was born to a South African father and Italian mother in Springfield, Illinois. Hence he is of mixed descent. He grew up with his adoptive parents in Toronto.

Jay is one of the top most make-up artists. He worked in the business of managing to aesthetic for seven years. He has worked as a makeup-artist and stylist for Vogue, Harper’s Bazaar, Marie Claire, Victoria’s Secret, Revlon, and CoverGirl.

In 2003, Manuel became the creative director of America’s Next Top Model. He was the host and lead judge of Canada’s Next Top Model second and third cycle. He played a cameo role in Degrassi Takes Manhattan followed by a role in comedy –drama television series Being Erica.

Besides that, he is also an active philanthropist. He is actively involved in Operation Smile as a Smile Ambassador and Dress for Success. He hosted the GLAAd Media Awards as well as Fashion Cares in Toronto benefiting AIDS research. He also hosted American Image Awards for the benefit of the Boys and Girls Clubs of America.

The 44-year-old Manuel is currently a single man. He never hesitated to reveal his sexual orientation as gay. He was once in a romantic relationship with the America’s Next Top Model judge J. Alexander in 2007. However, the duo neither officialized their affair nor updated their relationship status.

Jay is the well-paid make-up artist whose skill and talent is still praised in the industry. He has accumulated an estimated net worth of $3 million. He owns his own line of, makeup products namely Manuel Override.