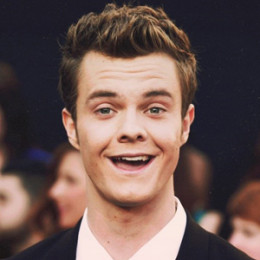 Jack Quaid is the son of actress Meg Ryan and actor Dennis Quaid. He is also an actor himself. He is most recognized for his work on the popular HBO series Vinyl.

Quaid was born on April 24, 1992. He is from Los Angeles, California. He is the son of actress Meg Ryan and actor Dennis Quaid.

He went to NYU’s Tisch School of the Arts for three years.

Brought up in a razzle and dazzle of acting Jack Quaid entered the film industry in 2012 portraying the role of Marvel in the movie The Hunger Games. He then featured in the spinoff The Hunger Games: Catching Fire with a cameo role.

Likewise, Quaid has featured in an array of films such as Just 45 Minutes from Broadway, Just Before I Go, Running Wild, Ithaca, VineLand, Tragedy Girls, Logan Lucky, and Rampage. He also made his appearance in TV series including Mrs. in 2013, Vinyl in 2016 and Workaholics in 2017.

The 25-year-old Quaid is enjoying his single life and focused on his career. He hasn’t made his affair matters public yet.  However, he is seen hanging out with his mate Lizzy McGroder. They haven’t revealed much about their relationship status which has kept the fans guessing if she is Jack's girlfriend or not.

The rising star Quaid earns a decent amount from his career as an actor. His net worth is certainly not less than a million dollar.