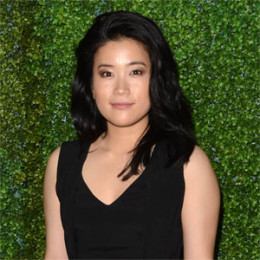 Canadian actress, Jadyn Wong is a black belt and a classical pianist. Wong appeared in much of the movies and series and among them is better known from CBS series, Scorpio. She debuted from the series, Broken Trail from which she earned much of the popularity.

Jadyn Wong was born on 11th May 1985 in Medicine Hat, Canada. She is Canadian and is of Hong Kong ancestry. Wong finished her schooling from Medicine Hat High School and later earned a Commerce degree from the University of British Columbia. She was interested in acting from the very early age so, joined various drama classes.

Jadyn Wong began her acting career in 2006 after appearing in the series, Broken Trail along with the casts Chris Mulkey, James Russo, Jasmin Dring, Todd Allen, Donald Fong and Morris Birdyellowhead among others.

In 2009, she appeared in the movie called, Space Buddies along with the stars Diedrich Bader, Field Cate, Jason Earles, Josh Flitter, Nolan Gould, Skyler Gisondo, Bill Fagerbakke and so on.

Jadyn Wong is very secretive about her personal life. She reveals only limited information about her love life and relationship, maybe to avoid any rumors and controversies. However, her posts on the social media show that Wong is more concentrated on her professional life rather than other things. So, it can be assumed that she is possibly single at present.

Wong has a black belt in karate and is also a classical pianist. Wong also met her fans at Comic-Con. One of her hobbies is traveling, and often post pictures on her Instagram.

Jadyn Wong, 32, at present has an estimated net worth of not less than a million. Till today, she has appeared in numbers of movies and series from which she makes a good amount of money.