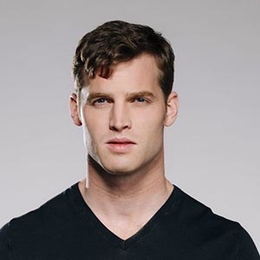 Canadian actor, Jared Keeso identifies himself as an established actor with some major movies and series to his name. In the industry for over a decade, he portrayed some famous roles in movies including "Caprica," "The Guard," "19-2," and "Letterkenny."

Jared Keeso's Relationship Status; Is He Dating Anyone?

"Seven Deadly Sins" star maintains a low key personal life, barely letting any information about it to the media. With the details he delivers, he's most probably single and enjoys a decent life, with complete focus on his career. 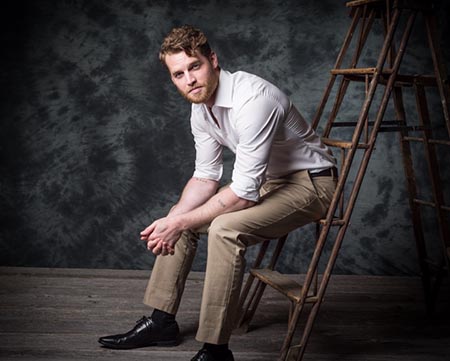 Jared Keeso stars in the movie, "The Death and Life of John F. Donovan". SOURCE: Academy

With the secretive nature he has, people are curious if Jared's hiding his partner from fans and followers. Well, it's up to him to decide if he wants to open about his relationship if there's any. Besides, he's working hard on his upcoming season of "Letterkenny", for which he won several prestigious awards.

Married News; Is It Real?

"Preggoland" star is speculated to be already married and keeping his conjugal life under wraps. Although he never utters a word about his wife or wedding, his strong fan following believes he's married. Check out the picture his fan page shared on Instagram! 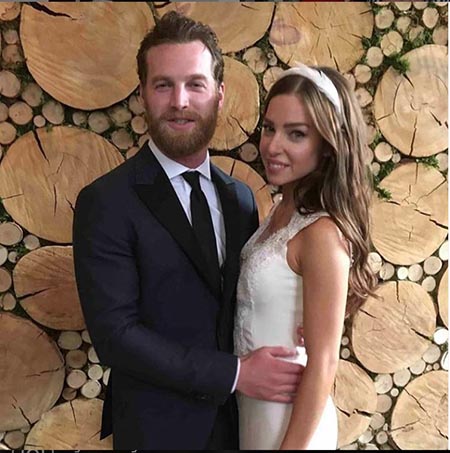 Jared with his wife, as per his fan page on Instagram.

The post goes with the caption, "Happy one year anniversary to the Keesos! Jared and his wife got married one year ago! Congrats to these two!".

So if it's the truth, Keeso tied a knot with his wife on somewhere around July 2018. Well, Jared and his possible mysterious wife chose to keep it private if it's real. Everyone is desperate to learn about his relationship status and even more keen to find out if he's already married or not.

One of the fans commented wishing him and Magali a happy anniversary. So it seems like the lucky girl is Magali Brunelle, and the duo is connected on Twitter. But does that means they're husband and wife? Let's wait for Jared to announce it all in the media.

The love for animals, Jared Kees cannot be ignored as he's more often capturing pictures and short videos of animals activity. He is pretty active on Twitter and occasionally shares posts about animals. Also, Keeso has an adorable pet dog named, Tierneh. See the picture of the labrador retriever that Jaren owns! 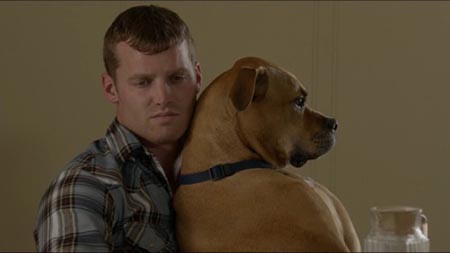 "ReGenesis" actor also loves tattoo and has one in his right arm. Besides, he's an adventurous guy who travels with his camera, snapping beautiful pictures and videos of nature and animals. Also, he spends quality time with his friends.

Jared Keeso holds a net worth of $4 million, coming from his career as an actor in the Hollywood industry. Beginning his career from 2004's TV series, "Smallville", Jared starred in over 40 movies and series till date assisting him to make a good looking earning.

Check out the video of behind the scenes from the show, Letterkenny, as Jares talks about it!

An actor in the industry makes an average salary of $53,000 a year, even if one's just started his career. Nevertheless, depending on the budget and box-office collection of the movies, the income of the actors varies. A well-experienced actor could grab somewhere around $100,000 every year. Besides, one of Jared's movie, "Godzilla" earned a whopping $529.1 million, from which he certainly made handsome money.

Canadian nationality, Jared Keeso grew up in Listowel, Ontario, with his father. His father owned a big company, Keeso Sawmill, in the city. Furthermore, Jared has a brown hair color and gray eye color. 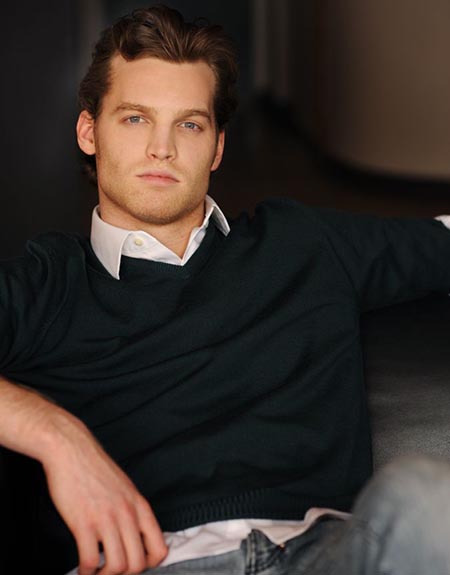 Award-winning actor, Keeso manages to keep his early life away from the media. He began his professional career in the mid-2000s, appearing in several TV movies like "Smallville" and "Life as We Know It" starring Sean Faris and Chris Lowell.

The Canadian star is interestingly in love with hockey and wanted to be a professional player. Moreover, he used to play for two different teams in Canada, while he was trying to get into college. Besides, he launched a channel 'Letterkenny Problems' alongside Mike Borden and later went on to take a lead role in the sitcom, "Letterkenny".