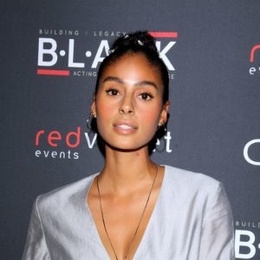 Clark Backo is a Canadian actress is who is best known among the viewers for her role on the television series Letterkenny. Her other notable works are The Handmaid's Tale, Designated Survivor, Supernatural, and 21 Thunder. Her well-known big-screen performances are Happy Place, Seven in Heaven, Love at Look Lodge, and Random Acts of Violence.

Clark Backo does not look to be in a lovey-dovey with anyone and is likely single at the moment. Furthermore, there has never been any news or rumors of her past love life in the media till now.

The Canadian actress is active on social media, particularly Instagram, where she regularly posts pictures and videos about her professional and private life. Scrolling through her Instagram, she appears to be close with her male friends, but none seems to her boyfriend. 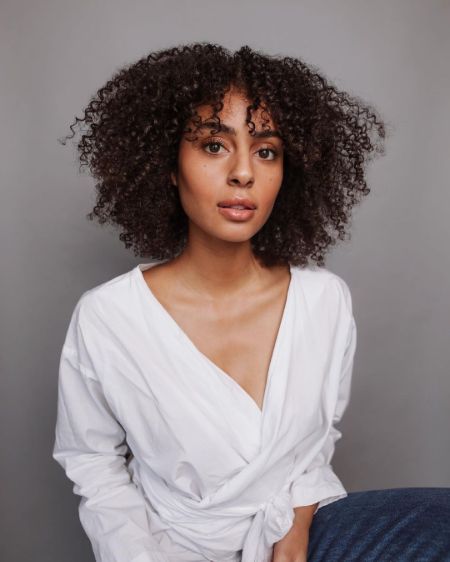 Clark Backo does not have a boyfriend and is single right now. SOURCE: Clark Backo's Instagram (@clarkb)

Backo does not seem too bothered by the fact that she is single and looks happy with her life as it is and living her life to the fullest. Not to mention, fans can also see the fun Backo has behind the camera when she is traveling. 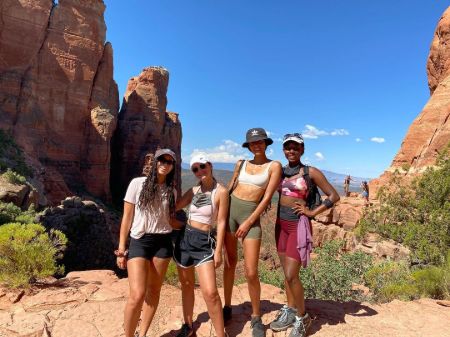 The "21 Thunder" star is often busy with her acting works, but she loves to travel and explore various places in the company of her family and close ones.

Daughter of a Musician

Clark Backo is the daughter of Cameroonian musician Njacko Backo. She got the inspiration to pursue her acting dream from her musician father.

Njacko was born in Cameroon but moved to Canada in 1989. After that, he traveled to Europe, where he pursued his musical career. When the 63-year-old singer was living in France, he met his future wife, who was a dancer at the Royal Winnipeg Ballet. 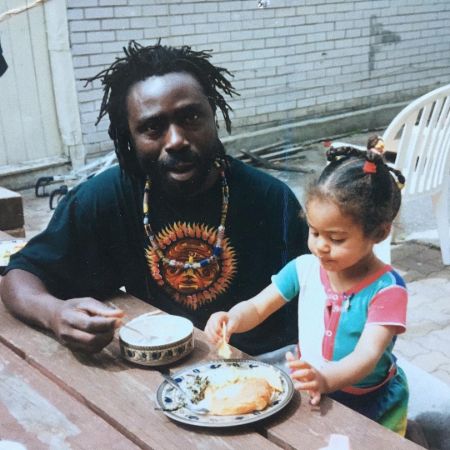 The two married and immigrated to Montreal, Canada. They had three kids and later moved to Toronto.

Unfortunately, Clark's parents are no longer together and divorced a long time ago. Both her parents are remarried and have moved on.

Clark Backo has a net worth of $500,000 from her flourishing acting career. In recent years, she has witnessed a rise in her career and getting more roles.

On average, a Canadian actor earns $39 per hour and can make up to $57,773 in a year. The 1.63 meters tall lady is one of the popular figures on television and has been getting recognition from fans. There is little doubt that she receives a much higher payroll than the average amount.

Clark first stepped foot into the entertainment industry nine years ago. In a short time, she boasts an impressive 22 acting credits to her name.

The charming celeb's most popular work is in the Canadian sitcom "Letterkenny," where she played the recurring character of Rosie. In the hit show, she worked alongside Jared Keeso, Nathan Dales, Michelle Mylett, K. Trevor Wilson, and many others. She remained in the show from 2016-2020.

Likewise, Backo also worked on Station Eleven with the role of Charlie for one episode, I Want You Back as Ginny, and Letterkenny where she was casted among the main characters as Rosie alongside actors, Jared Keeso, Nathan Dales, Michelle Mylett and Tyler Johnston among many. As of February 2022, Backo is next to be seen on The List, Confession and Projekt M.