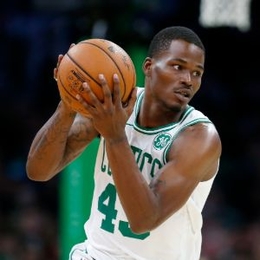 Javonte Green is a professional basketball player who plays for the Boston Celtics of the National Basketball Association (NBA). He plays in the position of shooting guard or a small forward. Although he enjoyed his stay at the NBA, he struggled and fought to get to where he is today. Before getting the opportunity to play in the coveted league, he played for the Spanish Basketball club Marin Peixegalego, the Italian League club Pallacanestro Trieste, and the Basketball Bundesliga Club Raptiopharm Ulm.

Is Javonte Green Married? Does He Have Any Children?

Despite always being under media and public scrutiny, little has known about Javonte Green's private life. To this day, the information regarding whether he is in a relationship or married to someone has been a mystery.

The Boston Celtics forward have two daughters; Khloe Green (Born on June 25, 2012) and Kylie Green (Born on March 26, 2018). For Javonte, his daughters are the source of his happiness, world, and everything. 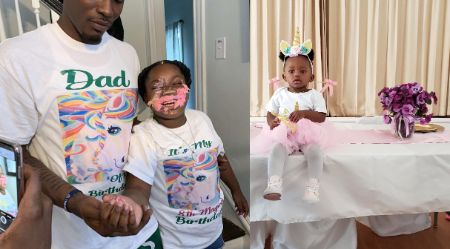 Due to his busy professional life, Javonte could not be there at the birth of his youngest daughter Kylie as he was playing in Germany at that time. It may be because he could not give time to his family, especially his adorable children; these days, he is doing his best to be there for them.

The NBA star is not a social media guy, but he shares a picture or two of his private life on Instagram now and then.

It is still unclear whether the basketball player has a wife or a girlfriend. However, there is a strong possibility he has a companion because someone has been caring for his kids while he is hands full with his profession. It seems rational to conclude that Green prefers keeping the details of his partner behind the curtains.

Played Professionally in Europe And debuted in The NBA

Javonte Green began his professional basketball career in 2015. He went undrafted in the 2015 NBA Draft and subsequently signed with the Spanish third-division LEB Plata club, Marin Peixegalego, on September 11, 2015.

After only a season at Marin, the 1.93 meters tall man signed with Pallacanestro Trieste of the Italian second division, Serie A2 Basket. He stayed at Trieste for two seasons before signing for Rpatiopharm Ulm on July 25, 2018.

Javonte successfully impressed the Celtics and was awarded a two-year contract with a partially guaranteed salary for the first season. After getting even better overall stats in the preseason, he was named on the Celtics final roster for 2019-2020.

Check out the clip of Javonte Green's best highlights of 2019-20!

On October 25, 2019, Green's dream of finally playing in the NBA came fulfilled when he debuted against the Toronto Raptors. On August 25, 2020, the 27-year-old underwent surgery for his right knee and returned to action in the preseason opener versus the Philadelphia 76ers in December 2020. Javonte was traded to the Chicago Bulls in March 2021. Other Chicago Bulls players were Scottie Pippen and Tristan Thompson.

Javonte Green's Net Worth And Salary

Javonte Green has a net worth of $2 million from his professional basketball career. On average, an NBA player makes a whopping salary of $7.7 million per season.

Although the Radford graduate is an NBA player, he has not yet earned such a large payroll. Less than two years ago, Green played in the German League and, before that, in Italy and Spain. Therefore, he does not possess a huge net worth yet.

In 2019, he signed a non-guaranteed $1.52 million two-year contract with NBA playing club Boston Celtics. If Javonte keeps putting on the impressive performance that he has been, then his payroll will undoubtedly increase in the coming days. 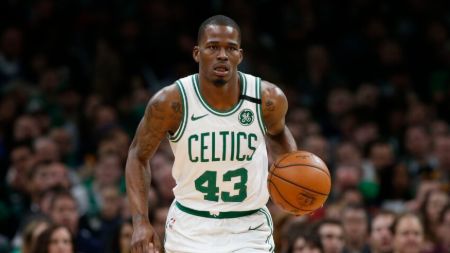 Javonte Green plays for Boston Celtics in the NBA. SOURCE: The Latest News

Javonte Green has two daughters, the oldest child's name is Khloe Green who was born on June 25, 2012.