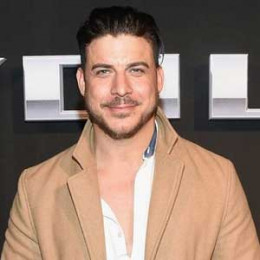 Born name Jason Michael Cauchi is well known as Jax Taylor is an American actor. He starred in the Bravo reality series Vanderpump Rules. At the age of 19, he started his professional modeling career.

Born name Jason Michael Cauchi is well known as Jax Taylor is an American actor. He starred in the Bravo reality series Vanderpump Rules where he was seen working at Sur Restaurant.

The 37-years-old Taylor grew up in Shelby Township with his mother, Marie, and father, Ronald Cauchi. He belongs to white ethnicity and holds American nationality. He attended high school at Michigan.

The 6 feet tall Jax was former American army. He left the army and moved to New York City at a young age to pursue his modeling career. He then moved to Miami and ultimately Los Angeles, where he decided to change his name from Jason to Jax.

The handsome actor Taylor lost his virginity at the age of 19 and has since become a self-diagnosed sex addict. He also lived with actor Channing Tatum.

The former American army Jax dated and lived with the co-star of Vanderpump Rules, Stassi Schroeder for a couple of years. But unfortunately, their relationship ended when Jax cheated with a hostess in Las Vegas.

He then started dating Carmen Dickman a model and a law student from Saskatchewan. But their relationship did not last long and ended after 2 months of romance.

After few broken relationship, Jax began dating Brittany Cartwright in May 2015. Currently, the love birds live together. They both are focused on their career, and maybe in near future, they will tie the sacred bond. Taylor said he and girlfriend Brittany have an excellent bond and he can see her as his future wife. Taylor wants to get married soon with Brittany but, he did not mention the date yet.

The multitalented actor Taylor has projected net worth of $6 million dollars. In 2013, he earned $5,000 per episode from “Vanderpump Rules.” The model currently initiated his own fitness app. He also developed the online men's magazine titled "My Society."