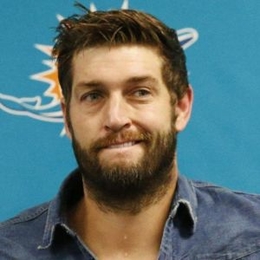 American football player Jay Cutler gained overnight stardom after setting new records as a quarterback. However, he also received harsh criticism from fans and analysts after a few bad performances. In the end, Culter ended his football career at a low point. So, what is he doing now? and what about his family life? Is it as shaky as his professional life?

As eluded above, former NFL Player Jay Cutler had a tremulous football career. But, thankfully, his romantic life is stable. The footballer is enjoying a healthy married life with wife Kristin Cavallari. The relationship between them was not always smooth sailing. The pair inevitably faced some ups and downs in their path of happily ever after. 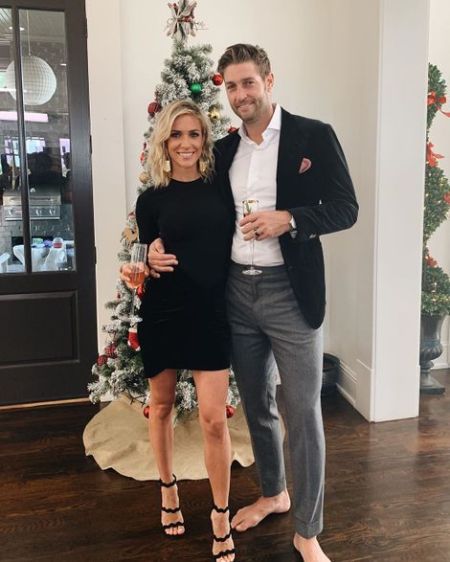 The romance between Cutler and Cavallari began in 2009. At that time, he was a quarterback for Chicago Bears, and Kristin was a established television personality.

It is not clear when and where did the Indiana native first saw Cavalleri, but he took interest on her. As a result, he sent a request for a date through her publicist.

At that time, the "Laguna Beach: The Real Orange County" star was not familiar with the Cutler, so she refused the offer. Also, she was not fond of his way of approaching her through her agent, so she declined the offer.

A year later, in 2010, however, things changed. Cavallari went to Chicago to visit her mother. While there, she attended the Chicago Bears preseason game with her mother. After the match, she got the chance to meet Jay. After meeting him, her previous opinion about him changed. She found him to be cute rather than arrogant. 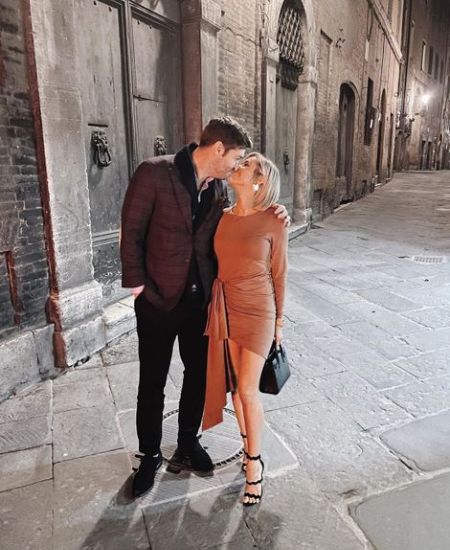 Two nights after their first meeting, Culter and the reality star went on a date. After spending time together, they realized they share a lot common than they expected. Soon, the love between them blossomed.

At the beginning of the relationship, the lovebirds were inseparable. Cavallari, who was then based in Los Angeles, used to often come to Chicago to visit him. When they were apart, they constantly send texts and emails. It is not wrong to say that the pair was head over heels for one another.

Twice Engaged to His Now Wife

Culter after few months of courtship with Cavallari, was ready to spend his whole life with her. Thus, he popped the question on April 2011 when they were vacationing in Mexico. "The Hills" star was surprised by his proposal; nonetheless, she accepted. 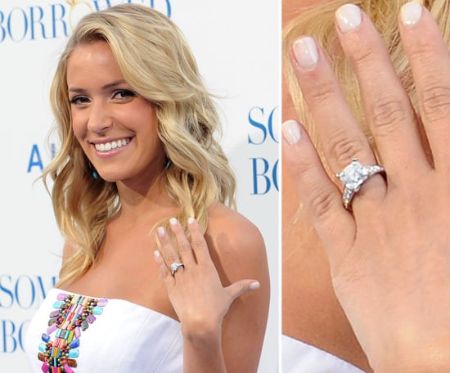 After the engagement, the actress was seen flaunting her engagement ring. The ring consisted of a square cut 5.2-carat diamond attached to a band that featured 10 round 1.5 Carats diamond. The ring was designed by A. Jaffe and cost around $125,000.

The pair planned to have a spring wedding. As preparations were going underway, on July 2011, the news broke that the engagement is called off. Rumors began circulating Cavallari was dumped by her fiance.

At that time, the actress made no comments on that rumor; however, she later revealed in her book that she was the one who called off the wedding. She stated that the football star was insisting on her to be a housewife after nuptials, but she was not in favor of that.

It seems like Jay had a change of heart after separation from his then-fiancee Kristin. After a few months of calling off their engagement, Culter was sitting in the audience of "Dancing with the Stars" and was cheering for his ex. She was a contestant in the show and was paired with Mark Ballas. 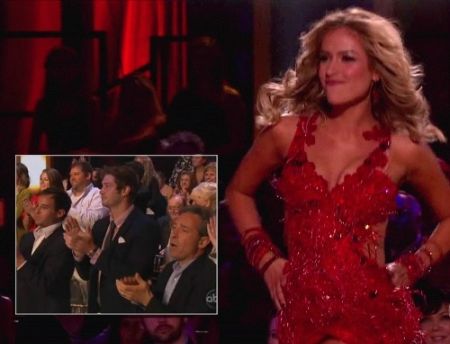 The estranged couple worked on their differences, and by November 2011, they were again engaged. The funny thing is that the football star was not even present when Kristin wore back her engagement ring.

Well, you might be thinking about how can engagement be possible when Jay was not available? Well, after patch-up with his former fiance, Culter asked the question casually while texting. To his pleasant surprise, she agreed. The next day, he just sent her engagement ring back on the mail, and a few days later, she started wearing it.

Exchanged Vows In One of the Best Wedding Venue of South 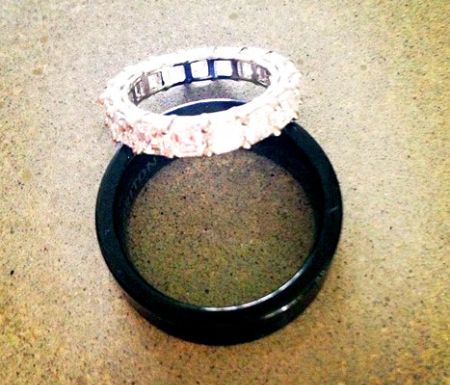 The next day, June 8, 2013, Culter and Kristin exchanged rings at the Woodmont Christian Church in Nashville. The groom handpicked the wedding rings. He chose a diamond band for his bride and a black color ring for himself.

At the church ceremony, the reality TV star chose a strapless white gown and a long veil. Meanwhile, the Vanderbilt alum wore a grey suit with a white shirt and tie. 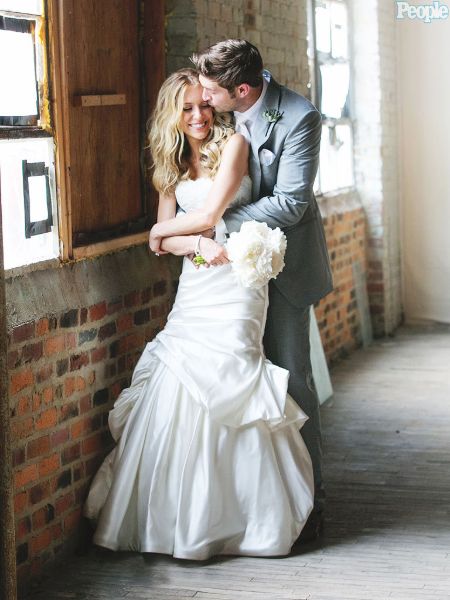 After the couple was pronounced man and wife, a reception at Houston Sation was celebrated. Over 150 family and friends were in attendance.

Culter and Cavallari has been married for over nine years. In this period, they were never involved in any scandals so many have an illusion that their marital life is perfect.

The reality star, however, has been very vocal that her married life with Cutler has not always been sunshine and roses. In an episode of her reality show "Very Cavallari," she confessed,

“Jay has been great, yes. From the outside, like, things are so perfect and things are so great. But actually, like, they’re not. And that sucks. It sucks. That’s the thing, though, with marriage — it’s ups and downs.”

In another instance, Cavallari revealed that her relationship with her husband deteriorated after his football career ended in 2017. He faced difficulty adjusting to the reality that he was now housebound, whereas his wife was having a flourishing career. Nonetheless, he later accepted it, and things improved between them.

Jay and Kristin welcomed their first son Camden Jack Cutler on August 8, 2012. At that time, they were only engaged; thus they were terrified to tell the pregnancy news to Cutler's conservative parents. Thankfully, his parents were more than happy.

Camden was born without any complication, and the mother and child were healthy. Thus, the next day, Culter went back to the fields to play the game for his team. 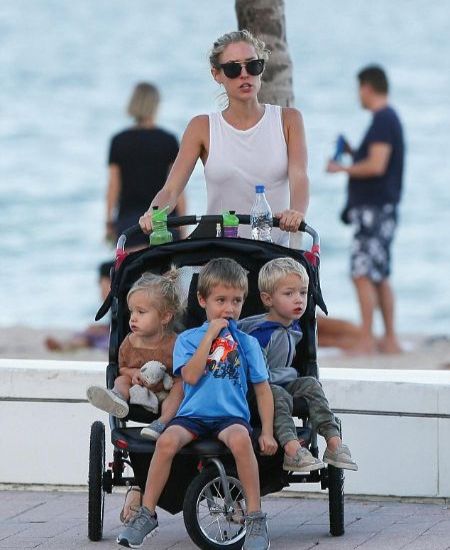 After 19 months of their first child, on May 7, 2014, the couple's second son, Jaxon Wyatt Cutler, was born. He is the first child born since their wedding in June 2013. The couple's third kid and their first daughter Saylor James Cutler was born on November 23, 2015.

Jay and his wife are not planning to have any more children in the future. In an interview with US Weekly, Kristin explained:

“We feel like a very complete family, especially because I got my girl. Things are just so great … Why rock the boat?”

Cutler and the mother of his children also made another big decision about their kids. They refused to vaccinate their children based on fears of the connection between childhood vaccination and autism. They received a lot of criticism for their decision, but they stick to it.

Jay was a star high school and college athlete. He had excellent stats in football and other games. After college, he was first selected by Denver Broncos. On July 26, 2006, Curtis signed a six-year contract with Broncos. The deal was finalized for a total of $48 million and an $11 million bonus.

In 2009, because of Cutler's lackluster performance, he was traded to Chicago Bears. He signed a two-year contract extension worth $30 million with Bears. In 2014, he again renewed his contract with Bears for seven-year. The deal was reportedly worth $126 million, with $54 million guaranteed. 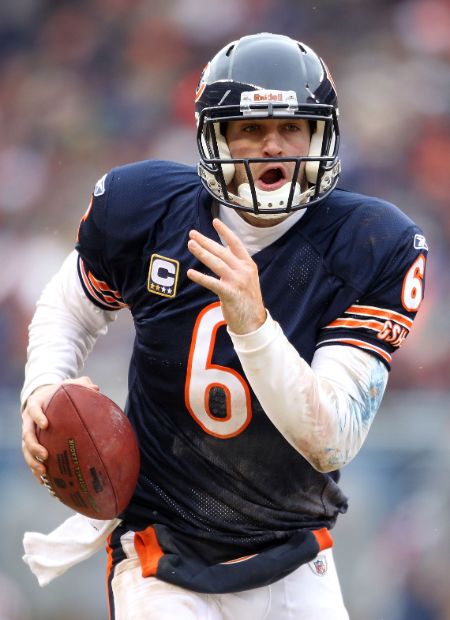 Before the contract was over, on March 2017, Jay, however, was released from Bears because of his poor performance on previous seasons. Later in that year, he retired from professional football and started working as a FOX Sports commentator.

The retirement did not last long. On August 2017, Jay joined Miami Dolphin after their quarterback Ryan Tannehill suffered from injuries. He signed a one year contract worth $10 million. After the deal was over, he permanently left football.

Cutler played professional football for over a decade. From his successful career, he accumulated a total net worth of $60 million.

The reality show "Very Cavallari" follows the life of his wife Kristin Cavallari in Nashville, Tennessee. The show features Kristin's personal life as well as products from her different business ventures.

Jay being a very private person, did not become a regular on the show. However, he frequently makes cameos. He was last seen in the holiday special "A Very Merry Cavallari." The episode focused on the couple's festival tradition and rituals.

Owns Multiple Properties Across The USA

At present, Culter and his wife live in a Farm in Nashville, which is estimated to be around $5.4 million. Before that, the couple lived in a 20,000-square-foot mansion that had 25 rooms, seven full bathrooms, and five fireplaces. 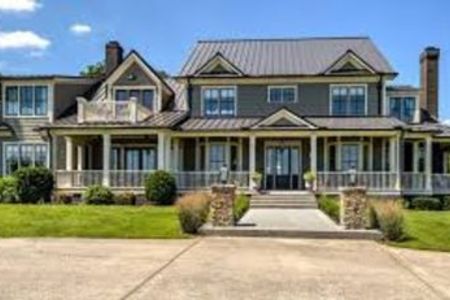 Like many other footballers, Cutler also enjoys luxurious cars. At present, he owns a white Audi R8 that is estimated to cost around $195,900-$208,100.

Wife Is A Millionaire

Culter's better half Kristin is a famous reality TV star and actress. In addition to that, she is a sucessful entrepreneur and best-selling author. She boasts an overall networth of $3.5 million. 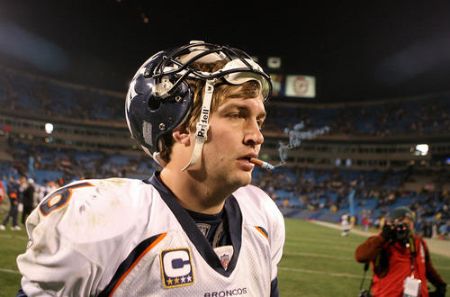 Kristin Cavallari is a reality Tv star, actress, businesswoman, and author. She is the main lead of the reality show Very Cavallari.

Camden Jack Cutler is the eldest kid of Jay Cutler and his wife Kristin Cavallari, He was born before their wedding.

Jaxon Wyatt Cutler is the second son of Jay Cutler. He was born after 19 months of their first child.

Saylor James Cutler is the only daughter of Jay Cutler. She has two elder brothers.