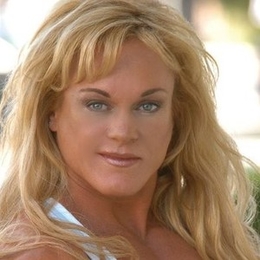 It was Jayne Trcka's hard work and the tremendous bodybuilding physique that brought her the ultimate inevitable success. But, why did the fitness pro suddenly undergo MIA in recent years?

Walking into the personal life, the Scary Movie cast lives a low key life. She is possibly single at the moment as she hasn't disclosed anything regarding her marriage, husband, and children.

The female bodybuilder seems to be busy with her job rather than being engaged in love affairs. Jayne loves to describe herself as a workaholic and dedicated to her work for a better future. Trcka's romantic relationships and past affairs are far from the spotlight as she's rarely spotted with any men on PDA.

Jayne Trcka's Life In A Nutshell

The 5 feet 8 inch tall Jayne Trcka developed her passion for fitness and sports since her school days. Jayne loved sports and participated in events of gymnastics and coaching at her school in St. Paul Minnesota where she grew up. However, it wasn't until after 1992 the sports enthusiast turned her hobby into a career. 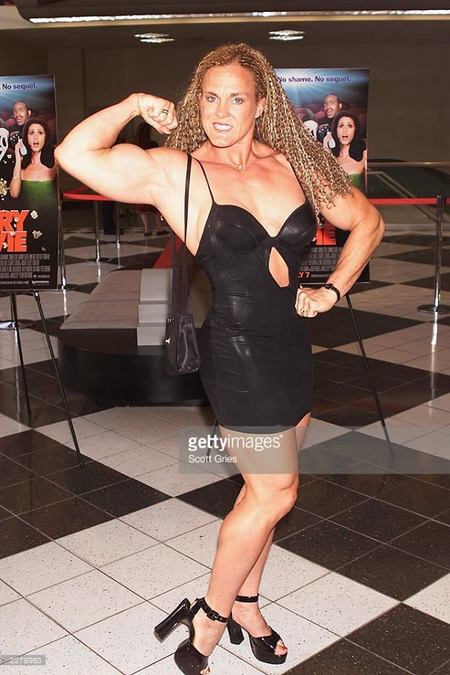 The fitness pro actually worked in the field of her academic career in Graphic Communication soon after her college graduation. It was only after 1986 when Jayne migrated to San Diego where she got more serious and started taking weight lifting and fitness classes.

But with hard work and determination, Jayne conquered all. She won several titles and even finished top ten in more than a dozen shows. Not to mention, she is the winner of the California State Championship (1997), Junior Nationals (1998) and Los Angeles Championship (2004). 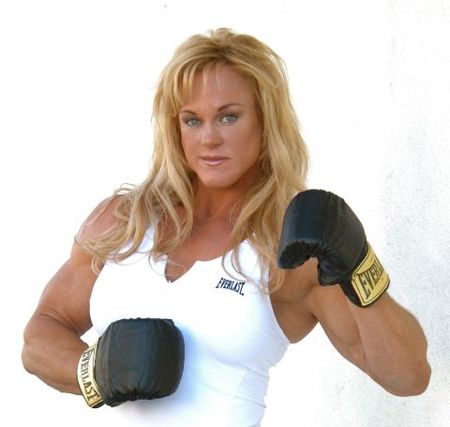 Jayne Trcka is known for her role in Scary Movie.
SOURCE: Pinterest

It's crystal clear how she landed on an astoundingly successful career as a wrestler, bodybuilder, and fitness model that gave her a ticker to Hollywood.

On the contrary, much of the fitness pro's personal life is kept under the wraps. Trcka's claimed to a homosexual woman, but the actress is yet to shed the light on the speculations.

How Much Is Accumulated To Trcka's Wealth?

Jayne didn't only contribute much of her life to professional wrestling and fitness, but to her acting career too. And with her involvement in the multiple fields, it's certain Trcka acquired a great fortune to her bank balance.

In the year 2000, Trcka landed on her first movie role as Miss Mann in the parody version of Scary Movie that earned a box office hit of $248 million. Several other movies with Trcka's features were followed by The Black Magic, Nudity Required, Cattle Call, and the recent one The Bad Batch alongside Jason Momoa, Keanu Reeves, and Suki Waterhouse.

Besides, Trcka also made it to television with her appearance in series and shows such as Whose Line is it Anyway?, The Drew Carey Show, MTV's Reality Dating, Don't Forget Your Toothbrush, The New Big Ball with Neil Hamburger and Tim and Eric Awesome Show, Great Job!.

Trcka has also been successful by sharing her stories on Magazines including Fighting Females, Flex, MuscleMag International, Iron Man, and Women's Physique World, that motivated a lot of young people with interests to follow the same footsteps as her.

With a current net worth of more than $1 million, Jayne currently resides in California where she also works as a realtor. Trcka keeps her profile on the low in the meantime. The 56-year-old bodybuilder receives a salary if $39.84 per hour and $50.175 per annum. As a professional bodybuilder, she makes $$,000 -$5,000 per appearance.

Hayne Marie Trcka aka Jayne Trcka was born on 27 February 1963 in Saint Paul, Minnesota to an American family. The athlete had a keen interest in bodybuilding and gymnastics and other sports too while in school.

Therefore, the actress began weight training post moving to Southern California in 1986 after completing her higher education. She graduated with a degree in Graphic Communication from Dakota County Technical Institute. He began competing in bodybuilding shows at the age of 25.

Some Unseasoned Facts of Jayne Trcka