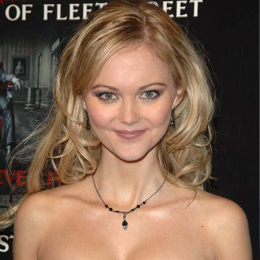 Irish actress, Jayne Wisener best known for portraying the role of Johanna in the British-American film Sweeney Todd: The Demon Barber of Fleet Street. She is also popular for her work in many television series Minder, Casualty, and Injustice.

Jayne Wisener is married to Wayne Austin. The duo shared the wedding vows on 6 July 2012 after dating for several years. The marriage was held at the home town of the Jayne which is in Coleraine, Northern Ireland.

Jayne shares a good bond with her husband and they are about to celebrate their seven years of a marital relationship. In addition, the pair welcomed their first child, a son in January of 2019. Moreover, the proud parents feel free to share pictures of their newly born child.

Jayne is out of any media controversies and any dating rumors regarding her early life. The actress is currently passing her days with the love of her life and the relationship between them seems fluid as there is no sign of divorce between them. Additionally, she is an active social media user and shares many posts about her daily life and acting life.

What is the Net Worth of Jayne Wisener? Know about her Salary, Earnings

Take a look at the Interview of Irish actor Jayne Wisener;

Jayne Wisener is married to Wayne Austin. The duo shared the wedding vows on 6 July 2012 after dating for several years.