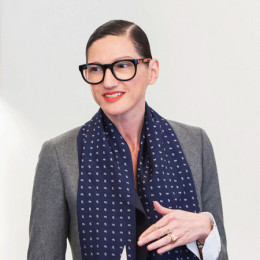 Jenna Lyons is a creative director who has been the president of J.Crew since 2008 and 2010. She has been nicknamed as "Woman Who Dresses America," by her fans. When she was small, she suffered from a genetic disorder that scarred her skin causing her hair to fall out in patches due to which she was heavily bullied for her gawkiness and health issues. Due to that, she was fascinated by fashion because according to her, fashion can change who you are and how you feel, and that can be magical. Her mother was a piano teacher and she was highly inspired by her others to be more creative. In 1990 she graduated from Parsons. When she was 21 years old, she started her career in fashion technology by working for at J.Crew and eventually became president of the same company in 2008 and 2010. For her work, she has been awarded Glamour Magazine's 2012 Women of the Year.

Jenna Lyons was the youngest of four children born to American parents in Boston, Massachusetts, in 1969. She spent the first four years of her life in that city. After that, her parents relocated to a new home in Palos Verdes, California, and it was there that she spent her childhood.

When it comes to her family, her mother was a music instructor. She taught piano. Nevertheless, the identities of her parents are a mystery. The same can be said about her siblings, as there is no information whatsoever about any of them. Because of her appearance, her clumsiness, and the health issues she struggled with, she was the target of severe bullying throughout her childhood.

Jenna Lyons suffered from Incontinentia Pigmenti, a genetic disease that caused her skin to become discolored, her teeth to become deformed, and her hair to fall out. She is honest about the fact that she is still required to wear dentures due to the condition of her teeth.

Her mother was a very strong advocate for her daughter. In the meantime, Jenny's mother has been a constant source of inspiration for her daughter and has always encouraged her to pursue her dream. Jenna went to the Parson School of Design, which is located in the Greenwich Village neighborhood of Lower Manhattan in New York City. Her mother inspired her to pursue a career in the fashion industry, so Jenna did so. She graduated from the school in 1990. Jenna's passion and talent for fashion. Her mother's encouragement

Who is Jenna Lyons's Husband?

The renowned artist, Vincent Mazeau, was this Jenna's husband. However, in 2011, after nine years of being married to each other, the couple decided to divorce. The couple's biological son, Beckett Mazeau, currently resides with Jenna. According to Jenna, she still drives her son to school on her own and then heads to her workplace after dropping him off. 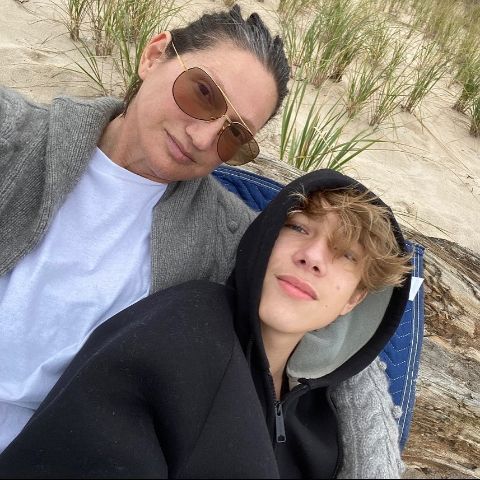 This mother raises her son all by herself, and she does everything she can to get home from work as quickly as possible so that they can have more time together. In the meantime, the fashion designer disclosed to the public in 2012 that she was involved in a romantic relationship with Courtney Crangi. In spite of this, the lovers are no longer together as of 2017. Since that time, it has not been made clear whether or not Jenna is currently dating anyone or if she is still single.

What Is Jenna Lyons's Net Worth?

Due to the fact that Jenna Lyons is a well-known fashion designer, there is no doubt that she brings in a significant amount of money. In addition to this, she billed J. Crew an additional $2 million in salaries on top of the enormous additional profits. That is a truly astounding sum of money to bring in. 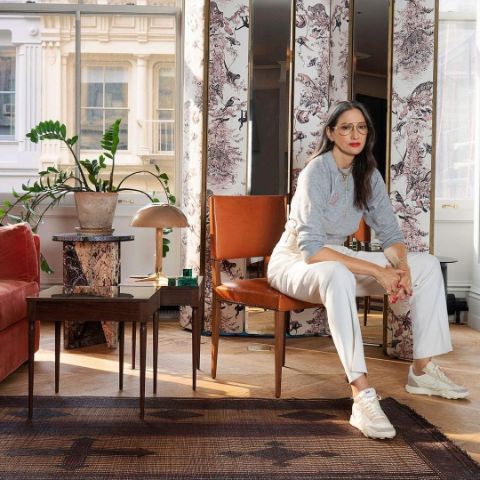 In addition to that, this trendy shopper is also a proud owner of several Shake Shack stock units. By selling them, she will add some tasty bits of cash to her already substantial fortune. Because of this, it should come as no surprise that the businesswoman has a net worth in the millions of dollars.

Jenna Lyons got a job at J.Crew through some means. However, Lyons was only 21 years old at the time. Jenna's initial role in the company was as an assistant designer in the men's clothing department, and she was responsible for the redesign of men's rugby shirts. Back in 2003, Jenna was promoted to the position of Vice President of Women's Design due to her enthusiasm and her commitment to the job. The two most important assets that contributed to J. Crew's sales tripling from $690 million in 2003 to $2 billion in 2011 were Jenna and Millard Drexler, who served as President and CEO at the time. 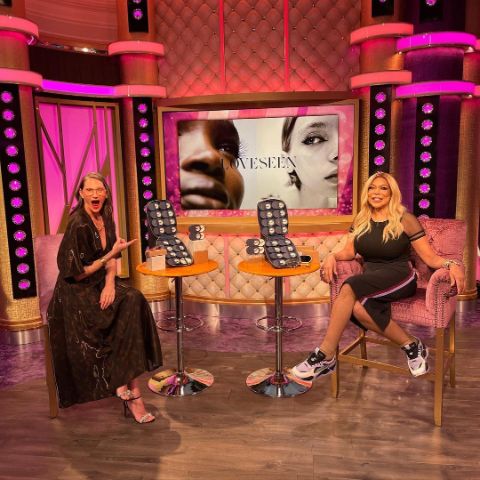 During those years, Lyons was floating on air, and for good reason: the company, which was managed by Lyons, had just accomplished an incredible feat of achievement. Life is not always a triumph, and quite frequently it ends in defeat. I have worked here for the past 27 years. Due to the fact that the company had experienced two years of declining sales, Jenna was forced to resign from her position there.

Jenna Lyons's days have been filled with making the most of the free time she's never had before, thanks to her decision to resign from her position as executive creative director of J.Crew.

Not to mention the fact that US fashion and style star Jenna Lyons has made the decision to try her hand at the reality-TV/e-commerce contract with WarnerMedia. This will be her first job since she left J.Crew. She stated that this was a new endeavor for her, and she was ready to take advantage of a new chance in her life.

In 2012, Jenna Lyons was honored with the Glamour magazine Women of the Year award. She is a member of the Council of Fashion Designers of America Board of Directors, where she serves in a position of responsibility. Yoo Ah-in and Jay Manuel are famous creative directors similar to Jenna Lyons.

After it was discovered that Jenna Lyons was coloring her son's toenails a bright hot pink when he was only three years old, she was subjected to controversy and criticism. Others viewed this action as "an assault on manhood," despite the fact that it was her son Beckett who requested that it be done.

However, for some people, this was seen as an unacceptable breach of gender norms. Both Lyons and J.Crew have declined to comment on the matter, despite the fact that it has received widespread media coverage, such as when it was discussed on The Daily Show with Jon Stewart and given the name Toemaggedon.

Jenna Lyons stands at a height of 6 feet and has dark brown eyes. Her hair is blonde, and she has dark brown eyes. This is a woman who dresses all over the United States, but her exact body measurement is kept secret from the general public; this is an unbelievable fact. 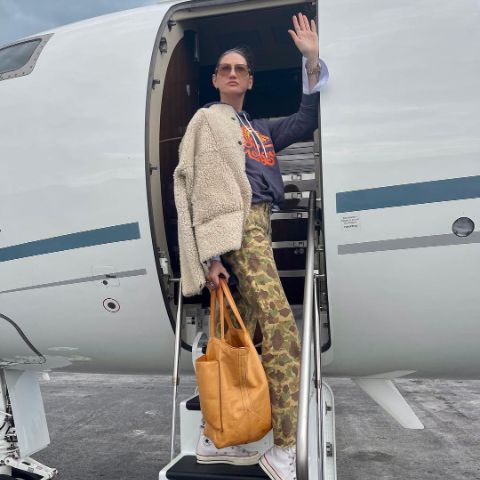 Lyons expresses her skepticism regarding the use of social media while discussing her participation on these platforms. She makes the point that establishing a business on social media is more like using a tool than a platform. However, you can contact her right now through Instagram.

Professionally he is an artist. Together they were parents of one baby boy. Reason behind their divorce is still unknown.

He is the only son from her first marriage. He is very cute child.