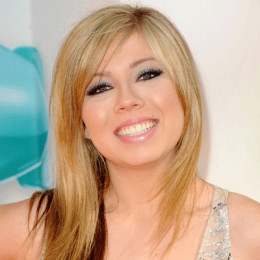 Jennette Mccurdy is an American actress, Screenwriter, singer, songwriter and a producer who is best known for her performance in the Nickelodeon sitcom iCarly as Sam Puckett. She is currently working on her online series called What's Next for Sarah? which is targeted to release in 2015. She belongs to French, Irish, Swedish, English and Italian ancestry. She appeared on the screen for the first time in 2000 when she was eight years old on MADtv.

She is currently single, ready to mingle. She is searching for her mister right. She has never been married nor has any children.

Looking into her past affairs, she had dated a couple of men and once was rumored to be in a relationship with a guy about which no confirmed information is available.

She was once pulled in controversy for being racy as her three pictures were leaked on the internet where she was wearing lingerie and posing seductively for the camera.

why is my grandpa the cutest person to have ever existed

Besides, she prefers spending enough time with her family members. She has most of her posts with her grandfather.

Jennette Mccurdy amassed a net worth of about $5 million as of 2019.

Jennette Mccurdy was born on 26 June 1992 in Long Beach, California.

She belongs to English, Italian, Irish, Swedish, Dutch, French descent. Her mother died on 20 September 2013 after battling cancer for 17 years.

She is renowned for her role as Sam Puckett on the Nickelodeon sitcom iCarly and its spin-off series Sam & Cat.

She opened up about her eating disorder during an interview with Huffington Post in March 2019. She was struggling with not only anorexia but later bulimia.

She said that at first, she hesitated on opening up about her health issue.

"But now I’ve been in recovery maintenance for two years. I’m no longer actively engaging in disordered eating. After spending a lot of time in therapy working on myself and confronting what I’ve experienced, I finally feel like I have the perspective required to write about what I’ve been through and maybe ? hopefully ? it might help someone who is going through the same thing feel less alone. (Plus, it’s been a good few years since mom died, so my quota for trauma sharing is ready to be refilled.)"

She recalled the moment when her mother also dealt with anorexia. After a few years though, the everyday stress and her mother's failing health caused her to proceed to bulimia from anorexia.