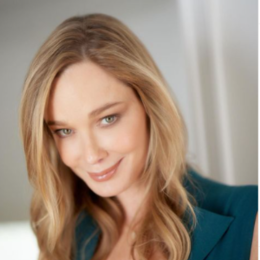 Jennifer Gareis is a former Miss New York USA and an actress best known for her roles on Y&R as Grace Turner. Her other notable role includes Donna Logan in The Bold and the Beautiful. Gareis has been part of the Hollywood fraternity since 1996.

Jennifer Gareis has been happily married to her husband for over twelve years. Bobby Ghassemieh is a real estate developer based in Los Angeles. In a lavish ceremony, he tied a knot on March 7, 2010. Ghassemieh and Gareis are one of that couples who have been in love without fakeness and drama. 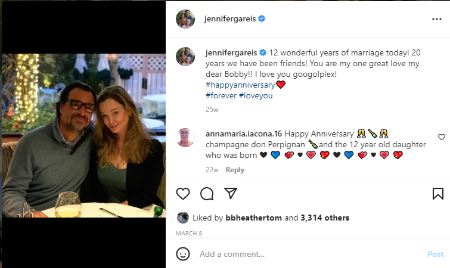 Jennifer met the love of her life at an event in 2007. Since then, the pair have been almost inseparable. The Y&R star dated the real estate agent for nearly three years before they took it to the next level.

Gareis was pregnant with her first child at the time of her wedding. However, two months later, the actress gave birth to a son. At age forty-one, Gareis welcomed her second child.

Jennifer Gareis and her husband Bobby Ghassemieh have a combined net worth of $5 million as of 2022. The former beauty pageant winner does not only makes a tremendous amount from acting and modeling. But the starlet receives a fruitful fortune from advertisements, cameo appearances, and endorsements. 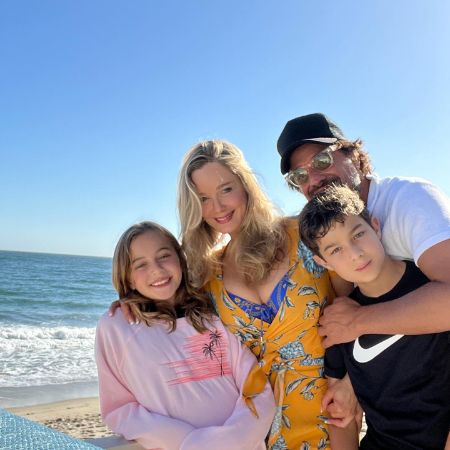 Gareis receives a paycheck from $1.5 to $2 million annually. She has worked for various fashion brands and modeled for different agencies. In one of her Instagram posts, Jennifer posed for Maxim magazine. As a result, the star takes a good amount of photoshoots.

Jennifer Gareis made her debut in the 1996 movie The Mirror has Two faces. In 1997, the mother of two casts as Coed in Private Parts and Elevator Woman in Lifebreath. In 2000, Jennifer starred in films such as Miss Congeniality, Luckytown, and The 6th Day.

In 2001, Gareis portrayed the character of Thalia Roselawn in the Diagnosis: Murder's Less Than Zero episode. In 2002, the Lancaster, Pennsylvania native played the role of Sheri in Boat Trip. In 2005, Ghassemieh's wife was cast as Cheyenne in Veronica Wars's A Trip to the Dentist and Leave it to a Beaver episode. 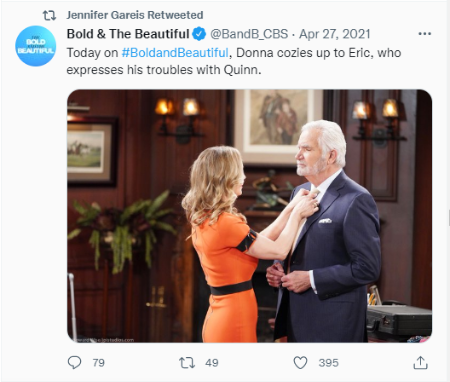 Donna cozies up to Eric, who expresses his troubles with Quinn. SOURCE: Twitter

Jennifer Gareis portrayed the character of Tina in the 2000 series Miss Congeniality. The blonde haired performed as Grace Turner in "The Young and The Restless" from 1997-2000 and 2001-2004, 2012. She has worked with Brytni Sarpy, Heather Tom, and John Driscoll in the Y&R. Also, Gareis intermittently played Donna Logan in "The Bold and the Beautiful" since 2006.

She ended up in the sixth position while representing New York in the Miss USA 1994 held in South Padre Island.

Gareis has an appealing body structure measuring 32-24-34 inches. The blonde beauty is 5 feet 6 inches (1.68 m) tall, and she weighs 55 kg. Even at age 48, Jennifer manages to look half her age. The Y&R cast's high cheekbones are a prominent part of her face.

In 2019, people spread rumors about Jennifer Gareis's (Donna) plastic surgery on the Bold and the Beautiful. That's not all; fans even guessed the actress had breast implants at some point in her career.

Jennifer Gareis was born on August 1, 1970, making her 52 years old. The diva spent her childhood in Lancaster, Pennsylvania, United States.

The lady holds American nationality and is of mixed ancestry (Italian, American, German, Irish, & British). Gareis attended J.P. McCaskey High School in 1998. The proud mother of two obtained a bachelor's degree in science and accounting from Franklin and Marshall College. Later, the 48-year-old earned a Masters's degree in Business Administration from Pepperdine University.

The model received honorary citizenship from Militello in Val di Catania as her great-grandmother Sebastiano Tringali lived there.

Gareis's mother, Dolores Ann Feuge, is one-quarter German, one-quarter Irish, and half Italian. In comparison, her father, John W. Gareis, is half British. The Pepperdine University alum has a sister Rebecca Gareis. She holds American and Italian citizenship.

Jennifer Gareis, a hardworking and dedicated woman, has never been part of any kinds of rumors or controversies till today. Bobby Ghassemieh and his partner have been loyal to each other since they moved in.

Neither of the parties has been involved in extramarital affairs or divorce rumors. The Hollywood star couple has been living a sound in New York City with their family.

Bobby Ghassemieh and Jennifer Gareis are happily married for twelve years. The couple tied a knot in 2010 and have been together ever since.

Gavin Blaze Gareis is the first child of Jennifer Gareis with her husband Bobby Ghassemieh. Gavin was born in June 2010.