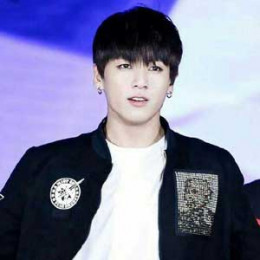 Jeon Jungkook is the stage name of the South Korean singer Jeon Jeong-guk who is a member of the world famous Korean boy band BTS also known as Bangtan Boys. He is the Lead vocalist of the band and the youngest member who signed a contract with Big Hit Entertainment when he was just 13. Jungkook is the most competitive and skilled among his other bandmates. The band BTS was honored when they were called to perform on the American Music Awards.

Jeon Jungkook was born Jeon Jeong-guk on September 1, 1997, in Busan, South Korea. He grew up in Busan with his older brother named Jeon Jung-Hyun and for schooling attended Baek Yang Middle School.

Earlier on the dreamt of becoming a badminton player but once he heard Gdragon's songs in his first year of high school, he was immediately spellbound by him and decided to become a singer later on.

Jungkook was interested in dancing and singing and wanted to pursue his career as a well-established singer.  Later on, he enrolled at the Seoul School of Performing Arts High School where he mastered himself in many skills relating to both singing and dancing. He graduated from there in February 2017. 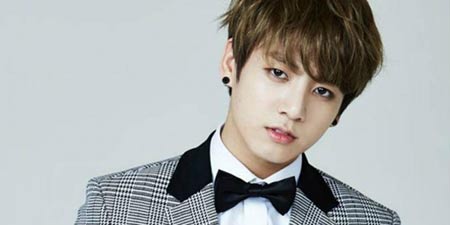 As for higher studies, he attended Global Cyber University. Further on he started to audition to get a break in the South Korean Industry. He participated in the show, Superstar K but was rejected.

From the show, he got into the limelight as seven different entertainment agencies like Starship, FNC, Woolim, JYP, Cube and Big Hit Entertainment confronted him. But he chose Big Hit Entertainment being inspired from his band-mate RM's rapping skill and knowing the agency closely. He learned to b-boy in grade 7 with his friends and some older singers.

Jungkook signed a contract to the agency Big Hit Entertainment when he was just 13 and also was grouped with the BTS Band then. Jungkook gave many hits alongside his bandmates V, Suga, RM, Jimin, Jin, and J- Hope. He is a songwriter and producer who wrote and produced the songs Magic Shop and Love is Not Over of the BTS album Love Yourself's Tear.

He also sang a song called One Dream One Korea with many other artists which were a song of peace and harmony between South and North Korea. In spite of having a problem speaking and understanding the English language, he has performed covers of many English songs like We Don't Talk Anymore, Paper Hearts, Fools, See You Again, Nothing Like Us and 2U.

Jungkook has a solo song named Begin to his credit which he wrote in dedication to his band members on helping him to become a matured person and also about the journey. He has a studio named Golden Closet Film/Studios.

Jungkook debuted with the band on June 13, 2013, at the age of fifteen. Before he was signed he was sent to Los Angeles in 2012 to get trained in various dance forms. He was a shy kid and wasn't really camera forward so he was given personality build up training to make him comfortable.

The band debuted in 2014 with a studio album named Dard & Wild which managed to rank second in Korea and third on the US World Chart. He was initially about to be named seagull for his stage name but the managing team of BTS and his co-members felt Jungkook is the most suitable name for him. 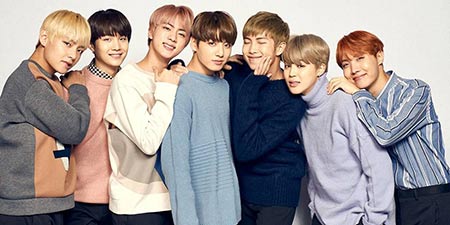 Jungkook with his band members of BTS Band
Source: AllKpop

Later on, their album Wings which was released in 2016 took the number one spot on both the Korean and US World Chart. The boy band has released various singles like Blood Sweat & Tears, Fire, Not Today, Spring Day, For You, Fake Love, DNA and Chi, Ase Namida.

Jungkook's net worth is around $8 million which he earned from his five years of career as a singer. He and his band members earn from stage shows, albums, singles, and endorsements.

His band BTS has an estimated net worth of $40 million. Jungkook owns a BMW which may cost around $30,025 to $103,225. He has modeled for some products and did some commercials too.

Jungkook is not involved in any relationships but was rumored to be dating many actresses. He was linked to Park Se Won, Ko So Hyun, Jeong Ye In, Jung Chae Yeon, and Min Jisoo. However, not one relation rumor was ever confirmed by Jugkook.

Jungkook wasn't much into fitness but got inspired to train physically after seeing awesome fit bodies of popular singers Jay Park and Taeyang. He is a black belt.

He has a dog named Gureum which means cloud in English. He can cook very well. Jungkook has eight ear piercings and has a scar on his left cheek which he got while fighting with his brother to play on the computer. He is the most competitive and skilled among his other bandmates.

Among his other band members, he finds V pretty similar to him as he can relate to his comedy timings and personality. He is a member of a conversation group named The Passengers of 1997 which includes some singer from other bands like GOT7's Yugyeom, NCT's Jaehyun and Seventeen's DK, The8, and Mingyu. They are from the same age group who were born in 1997.

His favorite Avenger is Iron Man and favorite Korean singers are IU and G Dragon. While from the American singing industry he loves Troye Sivan and Justin Beiber.