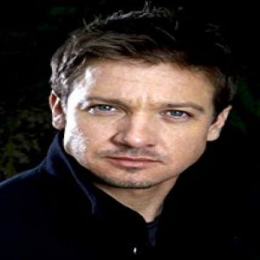 The Oscar-nominated actor Jeremy Renner is one of the few people in Hollywood who garnered both critical and commercial success. He sucessfully balanced his career between indie movies and mega-budget movie and succeed to become an A-list actor in Hollywood.

The Hurt Locker famed actor Jeremy Renner is always the fodder for relationship gossip for media. Moreover, his love life is always a focus of media, and now and then, he is involved in some dating rumors. 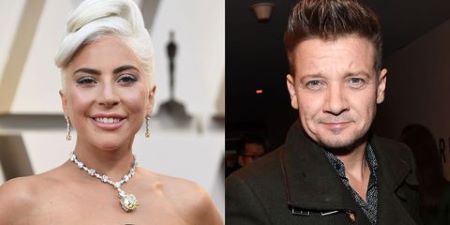 Jeremy, earlier this year was rumored to be dating Grammy award-winning singer Lady Gaga. The gossips started with the reports that Gaga is spending a lot of time with his six-year-old daughter Ava Berlin Renner. Ava is the only child of the actor from his short-lived marriage to Sonni Pacheco. 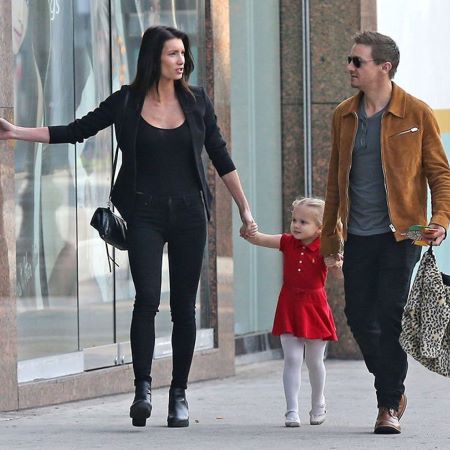 The rumors carried some weight as Gaga is single after calling her engagement off with her fiance Christian Carino. However, Jeremy and Gaga are silent about this rumor, so their relationship is just a speculation as of now.

The Town actor Renner moreover is embroiled in many dating rumor in the past too. He is linked with several celebrities over the years, including Rashida Jones, Charlize Theron, and Janet Montgomery among others.

The actor was rumored in gay rumors for a long time. The rumors started in 2010 when his old teacher quoted the following to The National Enquirer:

"I have never had the pleasure of meeting Jeremy's boyfriend, but the fact that Jeremy is gay has never been a primary concern,"

Jeremy, at first ignored the rumors, but when the stories started appearing on several sites, he decided to clarify the rumors and stated following to The Hollywood Reporter in 2012:

"I want my personal life to be personal, and it's not f—ing true. And I don't care if you're talking about things that are true, you're still talking about my personal life. How about I go peek in your window, take what underwear you wore last night, whose husband you were f—ing, and shove that in the megaphone throughout your neighborhood? How does that feel? It's none of your goddamn business."

Jeremy though openly admitted not being gay, the rumors did not die. So, he is back to not caring about these rumors. He was quoted saying to Playboy Magazine in 2015 that it is silly to try to prove what he is or he is not.

What is Jeremy Renner's Overall Net-worth? Know more about his Earnings and Salary

Jeremy Renner is one of the most successful actors in Hollywood and holds the net worth of $50 million in 2019. He earned this wealth through an array of successful movies.

ITS OFFICIAL! My love and adoration explodes for this shared experience with some of the most amazing people and the BEST FANS #MARVELous #avengersendgame #avengers #endgame ##thankyouall

Jeremy, moreover, played the role of Hawkeye in the movie Avengers: Endgame, which is the biggest-grossing movie ever in raw worldwide grosses. The film currently stands at the box office collection of $2.783 billion against the budget of $356 million.

Jeremy, furthermore, is part of many successful movies in the past years as well. The list of his most successful films are presented in the table below:

Jeremy, in addition, owns a house-renovating/house flipping business with his best friend and fellow actor, Kristoffer Winters. He is working in this business for a decade and has sucessfully renovated and sold several houses. He recently sold a mansion in Holmby Hills for $25 million, which was bought by him for $7 million.

Along with an actor, Renner is also a singer, songwriter, guitarist, keyboardist, and drummer. He even do playbacks in movies and commercials.

Jeremy Renner was born as Jeremy Lee Renner on January 7, 1971, in Modesto, California. His nationality is American, and his ancestry includes German, English, Scottish, Swedish, Irish and Panamanian.

To my beautiful, strong, anchoring rock of my life ! Love to mama #happymothersday #hardestjobever #soblessed #mygalVal

Jeremy's father name is Lee Renner, a previous owner of a  bowling alley and mother is Valerie Cearley. His parents divorced when he was ten years old. Furthermore, he grew up with six other siblings.

You may like: Sam Asghari dating, Girlfriend, affairs, and net-worth

Jeremy graduated from Fred C. Beyer High School in Modesto in 1989 and later joined Modesto Junior College, to study Computer science and criminology. He also joined drama class as an elective and then decided to pursue acting.

Sonni Pacheco is an actress and model who currently works as a realtor. They were married for a few months only.

Ava Berlin Renner is the only child of actor Jeremy Renner.