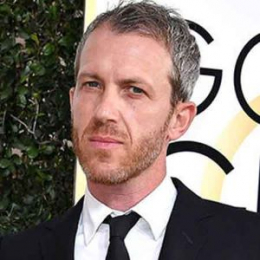 Well, it's said behind every successful man, there is a woman, however, it turns out to be opposite in case of the popular actress 'Gal Gadot', it looks like some part of her success can be attributed to her loving, caring and supportive husband 'Yaron Varsano'. Yaron furthermore is a millionaire with a successful real estate business.

The successful businessman Yaron Varsano is married to Wonder Woman famed actress Gal Gadot. The couple tied the knot in 2008 in a private wedding ceremony among friends and family. 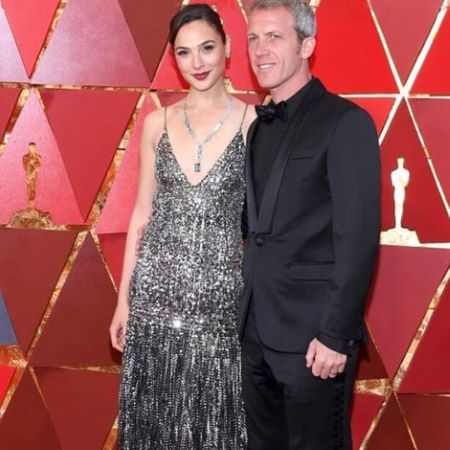 Well, Yaron first met the actress in Isreal in a yoga retreat party in the desert. A mutual friend introduced them. Eventually, they started dating, and after two years of dating, they exchanged the vows.

Yaron and his wife, over time, decided to expand their family with children. The couple welcomed their first daughter Alma Varsano in 2011 and second daughter Maya Varsano in 2017. Gal was filming Wonder Woman when she was pregnant with Maya. So, in a way, Maya is already on a big screen.

The business personality spends lots of time with his daughters as his life partner is always traveling for her work. The love for his children is evident from his Instagram account, which is filled with pictures of his daughters.

Yaron further is not only a doting father but a loving and supporting husband too. He was the one who motivated his wife to continue acting even after marriage and children. He also promotes her work in his social media and even attends red carpet events with her.

The couple, with understanding and love for one another, has sucessfully spent a decade together. The bond between them at present is stronger than ever.

What is Yaron Varsano's Overall Net-worth? Know about his Earnings and Salary

Yaron Varsano works as a real estate developer in Isreal and holds a net worth of $10 million - $20 million. He is part of many successful real estate ventures in his career.

One of the most successful ventures for Varsano was The Varsano Hotel. He built the hotel with the goal and designs that provide a home-like feeling to the guests. The hotel became a huge success, and he sold the hotel to Russian Billionaire Roman Abramovich for 100 million Isreali Shekels ($26 million).

Varsano previous success includes selling an esteemed Cherlouche House to Marius Nacht for $16 million. Furthermore, Varsano's spouse Gal Gadot is one of the highest-paid actresses in Hollywood and boast an overall networth of $10 million.

Yaron Varsano was born on 23 June 1975 in Amsterdam, the Netherlands under the birth sign Cancer. His family is originally from Isreal.

Yaron father name is Daniel Varsano, and mother name is Irit Varsano. He grew up with his elder brother Guy Varsano in the Netherlands.

Yaron furthermore graduated from the International School of Amsterdam and later joined New York Institute of Technology for higher study. After graduating from college, he moved to Isreal and started working in the real estate business.

Gal Gadot is a popular Hollywood actress known for role in movie Wonder Woman. She and Yaron met in a party and got married after two years of dating.

Alma Varsano is the child of Gal Gadot and her husband Yaron Varsano. She has a sister.

Maya Varsano is the child of Gal Gadot and her husband Yaron Varsano. She has a sister.