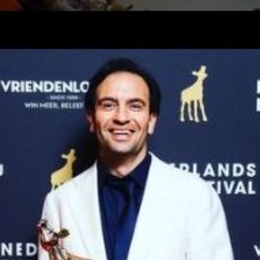 Jeroen Spitzenberger is a beloved Dutch and Hollywood screen actor famous for his work in movies like Twin Sisters, Suskind, and The Real Vermeer. He also played important roles in television series like Oogappels, Suspects, and Stanley H.

Due to his private nature, the public is unaware of Jeroen Spitzenberger's relationship status. Therefore, many might not know that the good-looking actor is already a great husband and loving father to his two sons. 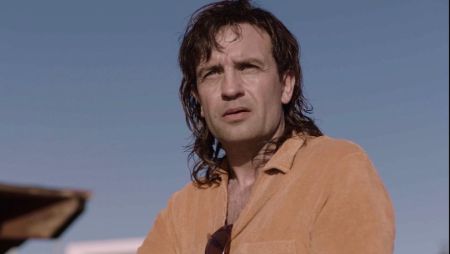 For many years, Jeroen has been blissfully married to his wife, Olinda Larralde Ortiz who goes by @olindalarralde on her Instagram handle. It has been learned the couple exchanged vows in 2007. Like himself, his other half is also a Dutch actor known. She first credited her role in a 2016 released movie, "Bouquetreeks De Film: Trots and Verlangen,"

Well, the situation almost got tricky when Jeroen had to play opposite another actress with his wife's participation in the same project. However, everything resolved when it was released. Talking about his role as Alexander , Jeroen played opposite dutch actress Noortje Heller. 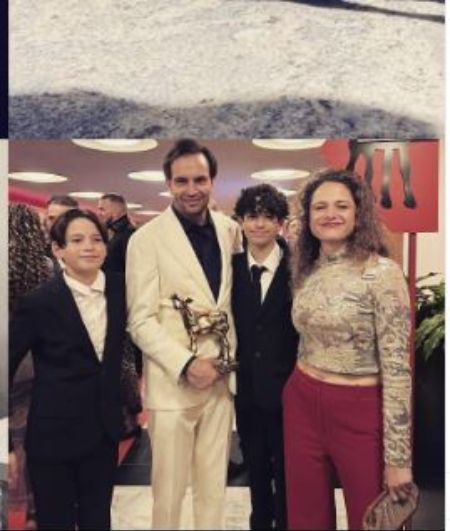 The actor doesn't share pictures of his children and better half on social media for their well-being. That's why his children's names are under the radar. Maybe he will talk about his family in interviews in the future. Meanwhile, Olinda often takes on Instagram to post photos with her family.

All in all, there are no records or rumors about him dating other women. It seems his life is in the way of prosperity with his small family, where his wife and children are there to support him. Let's hope the pair will maintain the same bond in the coming days. Our best wishes to them!

Jeroen Spitzenberger has already over 40 roles in cinema, and an obvious guess of his net worth must have managed tremendous wealth. Though his actual net worth has not been revealed to media, it may range from $1 million to $5 million. 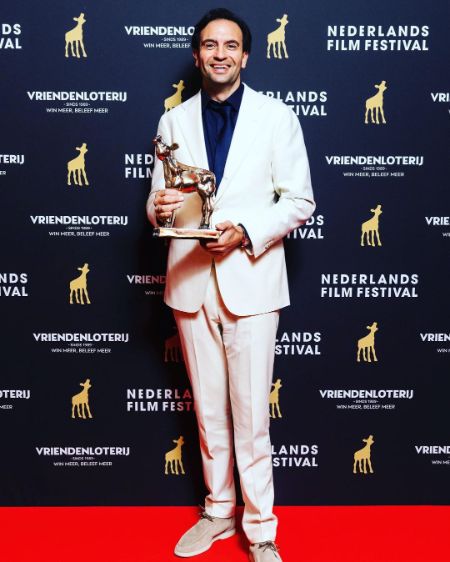 For Dutch Film industries, Spitzenberger has given many outstanding performances. One of his signature roles in the Dutch Film Industry includes Jan De Geus in Preacher.

In the 'Love Is All' movie, actor Spitzenberger is seen the opposite with famous actress Carice van Houten who is recently involved in a prominent and renowned production series named Game Of Thrones.

Jeroen Spitzenberger began his career as a theatre actor in 1998, right after graduating from the Institute of Art in Arnhem, and later earned a name. Actor Jeroen debuted in Oscar Nominated Film Twin Sisters, based on the book "The Twins" directed by Tessa de Loo and Marieke van der Pol, and Ben Sombogaart.

Watch the video of Jeron Spitzenberger on the show "RTL Late Night.

To add more, his fame skyrocketed after playing various roles in the movies like  The Real Vermeer and Tail Gate.  All of his movies produced in the Netherlands gave him a chance to work in Hollywood.

Soon Jeroen worked alongside Brad Pitt, Will Ferrell, Jonah Hill, and Ben Stiller in the 2010 computer-animated superhero movie "Megamind" a blockbuster for the fame and wealth of actor Spitzenberger.

In the same vein, Jeroen started performing and presented his acting in Hollywood on Television  Series like Oogappels, Suspects, and Divorce. Even critics appreciated Jeroen's act in Stanley H. Critics when it was premiered in 2019.

Rise In Popularity From Suskind

In the series Suskind, Jeroen Spitzenberger took the role of Walter Suskind, a German-Jews. As seen in the documentary, the actor saved 600 innocent children from the holocaust in World War II. Its story covers many real-life incidents which melt millions of people's hearts.

Further, Jason was attached to the series, and his heavy role helped uplift his career. He deserves to be applauded. Both Dutch and Hollywood industries have utilized Jeroen's capabilities in acting. Today, Jeroen stands out as a fantastic actor.

Most recently, Jeroen has been busy working on his upcoming film, "Anoniem," which is still in post-production in 2022. The acting sensation is set to gather the attention of many producers from his work in the movie.

Olinda Ortiz and Jeroen Spitzenberger are a happily married couple with a couple of children and undoubtedly an example of a good marriage.

Jeroen Spitzenberger and Olinda Ortiz are parents to two sons.