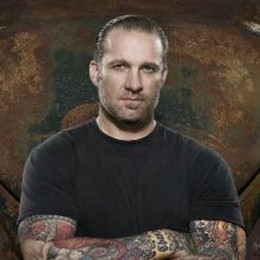 Jesse James is a well known American media personality who rose to fame as the host of the Spike reality TV show, Jesse James Is a Dead Man and Monster Garage on the Discovery Channel. He is also known for his passion towards motorcycles and cars. James is happily married to Alexis DeJoria, his wife since 2013.

James’ parents divorced when he was very young, after which he stayed with his father, Larry, an antique dealer. He says that he experienced a rough childhood marred by regular physical and emotional abuse from his father. He said

"I was always scared,” "My whole childhood, I never had a chance to be a kid."

James went to the La Sierra High School in Riverside, California and graduated in 1987. While in school, he was a star linebacker on the football team.

James attended Riverside Community College, where he played on the football team and dreamed of somehow leaping small-school ball to the NFL. However, following two injury-plagued seasons, he quit the team and dropped out of school.

Jesse James was a professional bodyguard of Danzig, Slayer and for a brief time for Soundgarden. However, after being a bodyguard for several years, Jesses desired to open his own business.

In 2000, he made an appearance in the documentary of Discovery Channel titled Motorcycle Mania. He then hosted the show, Monster Garage.

Jesse James married four times in his life. He first married Karla James in 1991. The couple has two children, Chandler and Jesse Jr. but the couple couldn't handle their relationship and had divorced in 2002.

The same year of 2002, James married for the second time with Janine Lindemulder, a stripper, and an adult actress. The two had a daughter, Sunny, before divorcing in 2004.

On 16th July 2005, he married actress Sandra Bullock. The duo first met when Bullock arranged a tour of the set of Monster Garage for her ten-year-old grandson. They split apart on 28th June 2010 due to the irreconcilable differences. 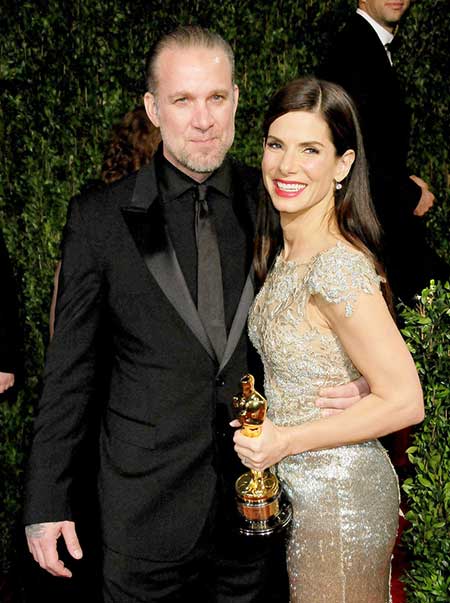 James told in an interview,

"Yeah, I did cheat on my wife, yeah. I stood up and took accountability for it and apologized. And that’s end of story."

Further, he explained that he still faces backlash on social media over his infidelity. He explained,

"The easy [put-down] is like, ‘Oh well, you cheated on Sandra Bullock.’ That’s the world’s easiest comeback. In general, both women and men cheat. It’s part of life. It’s like people love to see you fall. And the farther you get, the higher you get, the more they love it. … I look at myself now and I look at how I was feeling then, and I think I was completely overreacting as far as letting it really get to me."

In 2012, James got engaged to a professional drag racer, Alexis DeJoria and exchanged a vow on 24th March 2013, at the estate of the bride's father, entrepreneur John Paul DeJoria.

Jesse James and his wife, Dejoria chose to wear the rings designed by Neil Lane in their wedding, and his simple designs also start from $2,000. His father-in-law, Paul Mitchell is also one of the wealthiest men in the world with an estimated net worth of $4 billion. According to Forbes, Mitchell pulls $1 billion in sales of his product empire.

American businessman and TV personality Jesse James has an estimated net worth of $100 million. He currently serves as a chief executive officer at West Coast Choppers, a manufacturing company which specializes in providing customized motorcycles.

James has built a $200 million bike customization empire with his company, selling bikes between $60,000 – $150,000. Once a lawsuit was filed by a customer against him for selling bikes that violated California's clean-air for more than $400 thousand and paid a fine of $270 thousand.

Karla James is known as the former wife of Jesse James. She shared three children; a daughter and a son with him.

Janine Lindemulder is an actress and producer. She was also known as the adult actress and had a daughter with Jesse.

Sandra Bullock is an American actress, producer, and philanthropist. She made her acting debut in 1987 with the minor role.

Alexis DeJoria is an American drag racer competing in the National Hot Rod Association (NHRA). She is a member of Kalitta Motorsports.